We May All Be Wrong About Easter Island 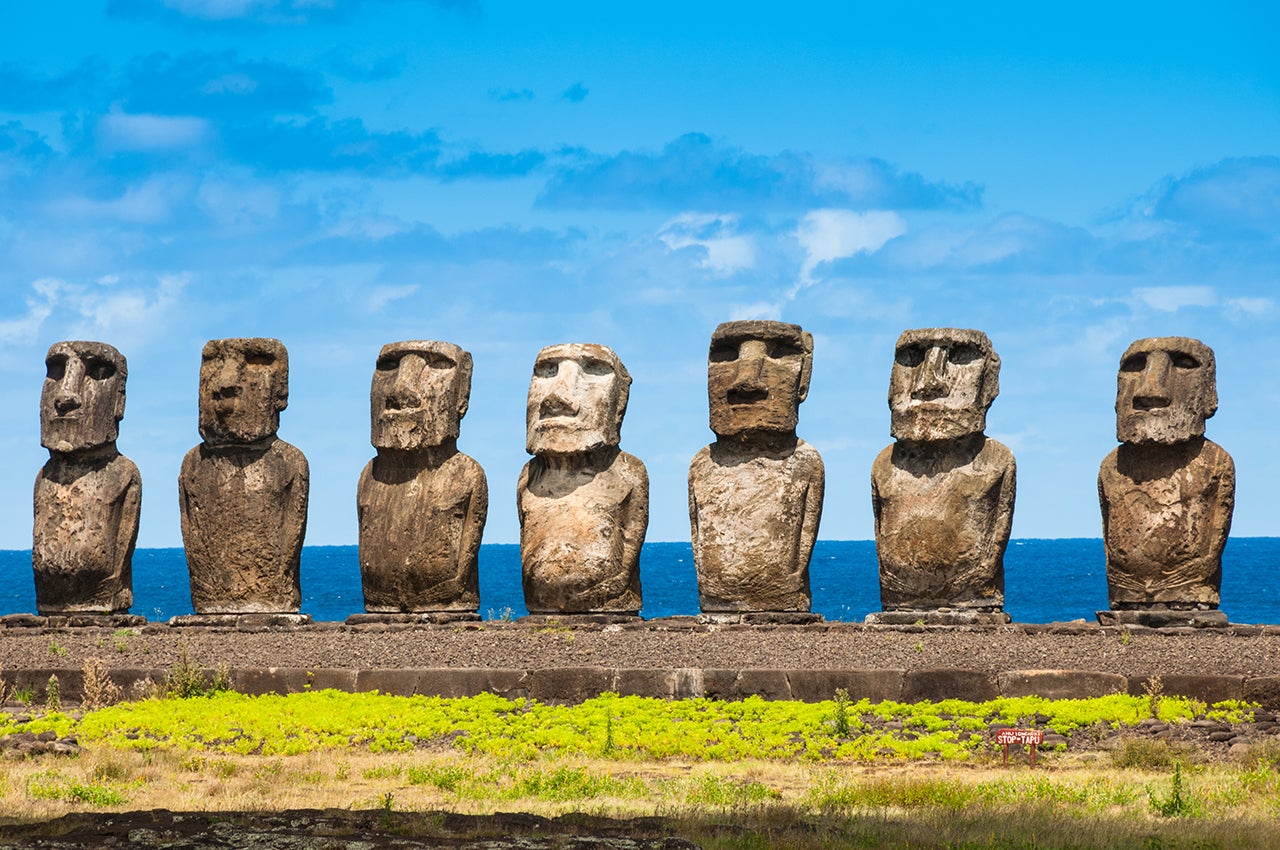 We May All Be Wrong About Easter Island
This post contains references to products from one or more of our advertisers. We may receive compensation when you click on links to those products. Terms apply to the offers listed on this page. For an explanation of our Advertising Policy, visit this page.

One of the world’s most isolated, inhabited destinations, the island of Rapa Nui — more commonly known as Easter Island — has long been shrouded in legend and lore. More than 2,100 miles from continental Chile, Easter Island is famous for its mysterious, giant moai statues, nearly 1,000 of which guard the isle.

It has long been thought that the founding society of Polynesian seafarers that created these staggering monoliths collapsed after natural resources were exhausted and led to internal conflicts.

But a new article, published in the latest volume of the Journal of Pacific Archaeology suggests that this theory is unfounded.

“The idea of competition and collapse on Easter Island might be overstated,” lead study author Dale Simpson Jr., an archaeologist at the University of Queensland said in a statement. “To me, the stone carving industry is solid evidence that there was cooperation among facilities and craft groups," Simpson added.

Archeological findings from the excavations of statues and thousands of stone tools suggests that there was not a “dramatic abandonment of moai carving, as has been proposed and linked to the island’s alleged ‘collapse’ … but instead highlights that [ancient statue carvers] were well organized and planned ahead by having a surplus of necessary materials on hand and ready to use,” the report explains.

As Simpson said in the statement, Easter Island may be famous for its mystery and remoteness, but islanders were themselves not secluded from one another. “On the island, people were, and still are, interacting in huge amounts,” Simpson said. “There are thousands of Rapa Nui people alive today — the society isn’t gone.”

Easter Island’s moai, which are thought to represent Rapa Nui ancestors, have long attracted travelers to the remote island. In fact, they're one of the main reasons to take the five-hour flight from mainland Chile.

Travelers interested in visiting this tiny island, roughly 15 miles at its widest point, shouldn’t put the far-flung destination at the bottom of the bucket list. Though Easter Island’s first societal collapse may not have been triggered by the unfettered consumption of resources, the next one might.

On Aug. 1, Chilean authorities slashed the amount of time visitors can stay on Rapa Nui from 90 days to 30 to help protect the island, most of which is a UNESCO World Heritage Site.

According to the 2017 census, just shy of 7,800 residents now call Easter Island home — a figure that has increased exponentially in just a few years.

Rapa Nui Mayor Pedro Edmunds told the AFP that the growth in residents and tourists — which exceeded 100,000 that same year — is changing the island’s unique culture. He also said that though the new visitor limitations are a “good start,” he would rather see a total ban on new residents.

The island is also threatened by rising sea levels, which has contributed to severe land erosion.