How to Watch the NCAA Championship Basketball Game From an Airplane 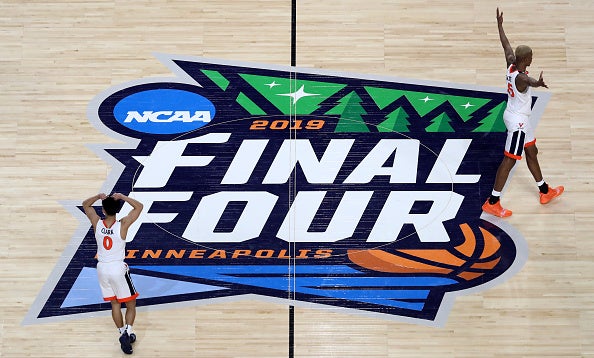 How to Watch the NCAA Championship Basketball Game From an Airplane
This post contains references to products from one or more of our advertisers. We may receive compensation when you click on links to those products. Terms apply to the offers listed on this page. For an explanation of our Advertising Policy, visit this page.

Even if your team was sent home way too early in the tournament or your bracket is officially busted, chances are if you're an NCAA basketball tournament fan, tuning in for the Championship Game is on your to-do list.

The good news is that for those who find themselves 30,000 feet up in the air for tipoff, you'll most likely be able to catch the end of the March Madness action from the comfort of your own seat on the plane (depending on what product you're flying, of course). For those on the ground with a cable subscription, you can watch the game on television on CBS, on your computer by heading to the NCAA’s March Madness Live site and logging in with your subscriber info, or from your phone with the NCAA March Madness Live app for iPhone or Android users.

While Baylor already claimed victory over Notre Dame in the Women's Championship game on Sunday, to find out how you can watch Texas Tech take on Virginia in Monday night's NCAA Men's Basketball Championship game at 9:20pm on CBS, we reached out to the major US carriers for confirmation.

American Airlines confirmed to TPG that yes, "CBS is one of the 12 channels available on our domestic live TV network. Live TV is available on any of our aircraft equipped with satellite based Wi-Fi (Gogo 2KU and Viasat) and is available today on over 650 aircraft."

While making the passenger-unfriendly decision to remove inflight entertainment screens from its domestic aircraft, American Airlines has still been investing in IFE in other ways, from free streaming entertainment through Wi-Fi to live TV on over 820 aircraft.

To help you figure out what your options are, American Airlines launched an inflight entertainment site letting you search your flight details to see exactly which entertainment options will be on your aircraft.

TPG reached out to Delta to confirm passengers' options but did not hear back by time of publication. However, Delta's regional jets, which have Wi-Fi but lack seatback screens, offer free-to-all Delta Studio, allowing passengers to stream entertainment on their own devices. On bigger jets Delta offers both Wi-Fi and seatback entertainment. Delta Studio allows passengers to stream live TV from 18 channels.

Delta is working to install ever more seatback screens on its aircraft, and recently introduced a “wireless IFE” powered by Gogo Vision Touch on its Airbus A220s.

For more, read about the full line-up of what's on Delta's inflight entertainment for April.

JetBlue tells TPG that, “For sports fans flying on Monday night, JetBlue will be offering the NCAA Championship on CBS Sports via our always-free free inflight DirecTV. Additionally, customers can check the status of their brackets on JetBlue’s always-free gate to gate Fly Fi during the game, so they don’t miss a beat.”

In March, TPG reported that JetBlue is in the process of retrofitting its entire Airbus A320 fleet, adding high-definition touchscreen displays, on-demand entertainment and 100+ channels of DirecTV. Going forward, the airline’s new aircraft will offer similar seatback solutions, including A321neos and all incoming Airbus A220s.

A spokesperson for Southwest confirmed to TPG that, "Customers will be able to tune-in to the Final Four as part of the NCAA March Madness tournament onboard their WiFi-enabled flight." With 80% of Southwest's fleet currently WiFi-equipped, chances are high that you'll end up on one of these flights. (You’ll still need to pay $8 per day for internet access if you want to stream the game from a device.)

Back in 2018, Southwest also started offering 100% free inflight entertainment. In particular, movies, messaging, live TV, on-demand TV episodes, music, destination guides and games are offered at no additional cost. But since Southwest planes don’t offer seatback screens or power, you’ll need to bring your own fully charged device. You’ll also need to download the Southwest app from the Google Play Store or Apple App Store before your flight if you want to watch movies and select on-demand TV content.

United confirmed that customers traveling on the 211 aircraft it operates with free DirecTV (and seat back TV) will be able to watch March Madness free of charge.

Most United long-haul international aircraft do offer seatback IFE systems. All aircraft equipped with Wi-Fi (which, in this case, is any aircraft with more than 70 seats) will have at least one free entertainment option. Aircraft that previously only offered DirecTV now allow passengers to use a personal laptop or smart phone to access its library of free movies and TV shows. United has also been installing in-seat power outlets so that passengers can keep their devices charged while using them to stream the entertainment options.