TPG Lounge Poll: Could You Survive a Year Traveling Without a Smartphone?

Articles
Alyssa Cerchiai rounds up the top travel stories each week and covers news on the weekends. If you catch her at the airport, she’d happily guest you into the lounge as a proud authorized user of her dad’s Platinum Card by American Express.
Follow
Dec. 16, 2018
•
3 min read 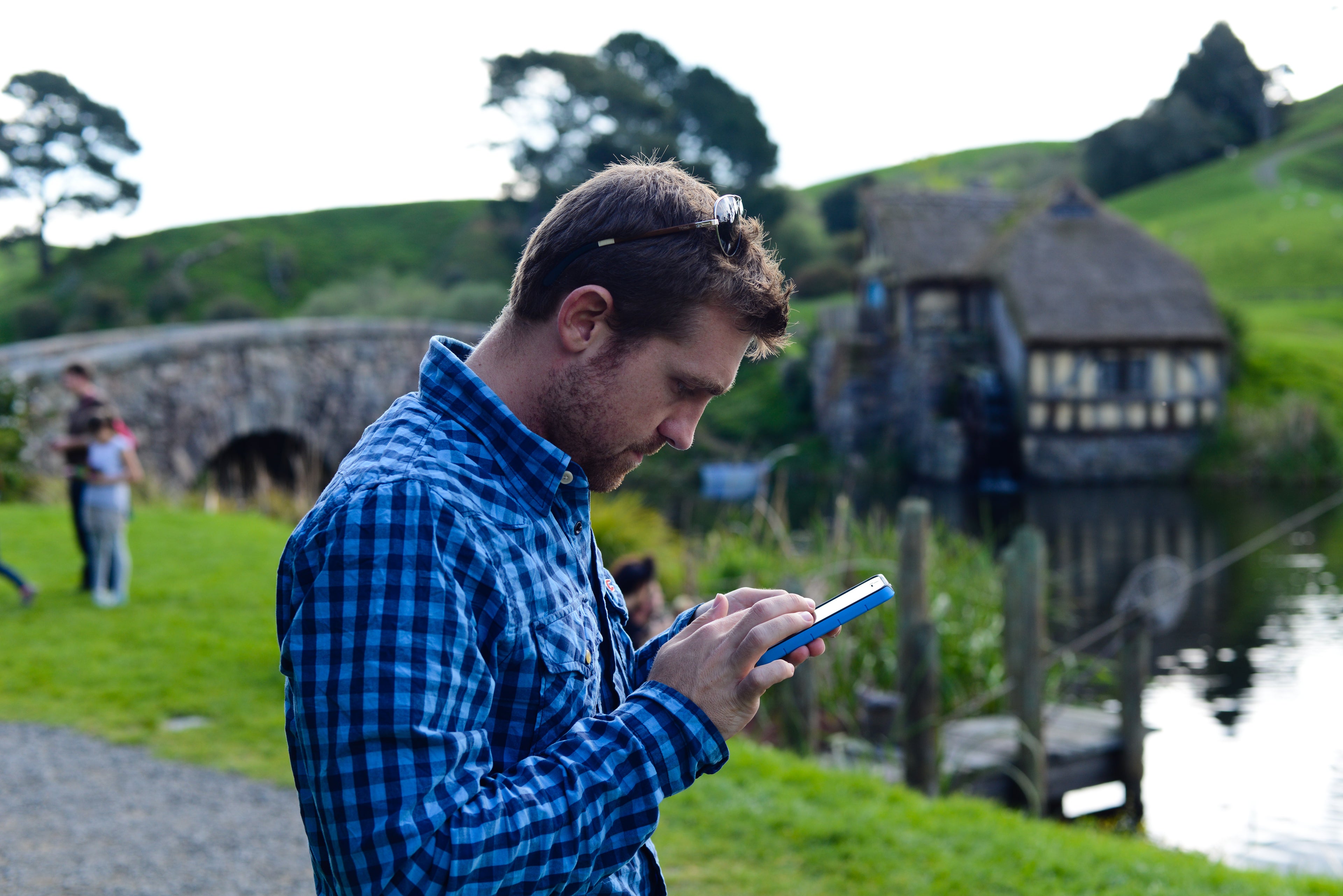 TPG Lounge Poll: Could You Survive a Year Traveling Without a Smartphone?
This post contains references to products from one or more of our advertisers. We may receive compensation when you click on links to those products. Terms apply to the offers listed on this page. For an explanation of our Advertising Policy, visit this page.

Let's face it: We're addicted to our screens. And while we say we could totally control our usage if we needed to... Well, we simply don't want to — especially when it comes to travel. Now VitaminWater, in a move to test this theory, is offering up a contest to win $100k if someone can give up using their smartphone for a full year.

When we found out about the contest, we were immediately curious to find out just how feasible the challenge would be for our frequent-flyer following, knowing that the travel process can be especially dependent on our personal devices these days.

Lots of people like the convenience of having their boarding passes at the ready, cellular data on deck for last-minute travel adjustments, rideshare apps one click away and the ever-evolving quality of smartphone cameras.

So, we reached out to the TPG Lounge Facebook group to get a feel for their thoughts.

More than 800 lounge members responded to the poll asking if they could go without their phones for a full 365. A big chunk of them — about 62% — said no, leaving only about 38% of respondents saying that they could take on the challenge.

Surprisingly, some commenters were confident about being able to live without their phones for a year, despite the poll results. Here's what they said about approaching the situation.

"Give me money to keep me from having to talk to people? That sounds ideal." — Amanda B.

"As long as I have my laptop or tablet I can accomplish the same tasks." — Nick S.

A few lounge members wrote about the circumstances not being attainable for them in their daily lives, whether it was because of work or simply because the money wasn't enough.

"You mean you want me to use a PAPER boarding pass? It's like the stone age." — Bill F.

"On Call at the hospital so zero chance!" — Craig W.

The instructions to enter the scroll-free life solutions™ contest are simple. You'll have to post a photo to Twitter or Instagram telling vitaminwater® why you need a break from your smartphone, and what you would do with all that time. Include the hashtags #nophoneforayear and #contest.

If you're one of the confident ones who want to enter the contest, you can do so anytime within the contest period, which ends on January 8, 2019 at 11:59pm ET. Once the contest period is over, a panel of judges will choose one person to embark on the 365-day journey without a smartphone for the chance to win six figures.

You can read the full contest rules including restrictions and a contest rubric here. The usage of smartphones and tablets will be restricted, including devices that are not yours. The company will also provide you with an 1996-style phone to occupy you throughout the year.

Featured image by A smartphone coming in handy on the Hobbiton Movie Set in Matamata, New Zealand (Photo by Darren Murph / The Points Guy)

Our points-obsessed staff uses a plethora of credit cards on a daily basis. If anyone on our team wouldn’t recommend it to a friend or a family member, we wouldn’t recommend it on The Points Guy either. Our opinions are our own, and have not been reviewed, approved, or endorsed by our advertising partners.
See all best card offers
Related stories
Guide
The 8 best destinations to visit in April
Guide
The best credit cards for buying clothes
Deals
Round-trip flights to Austria from the US under $600
Guide
How to turn a 3-day weekend into a proper vacation