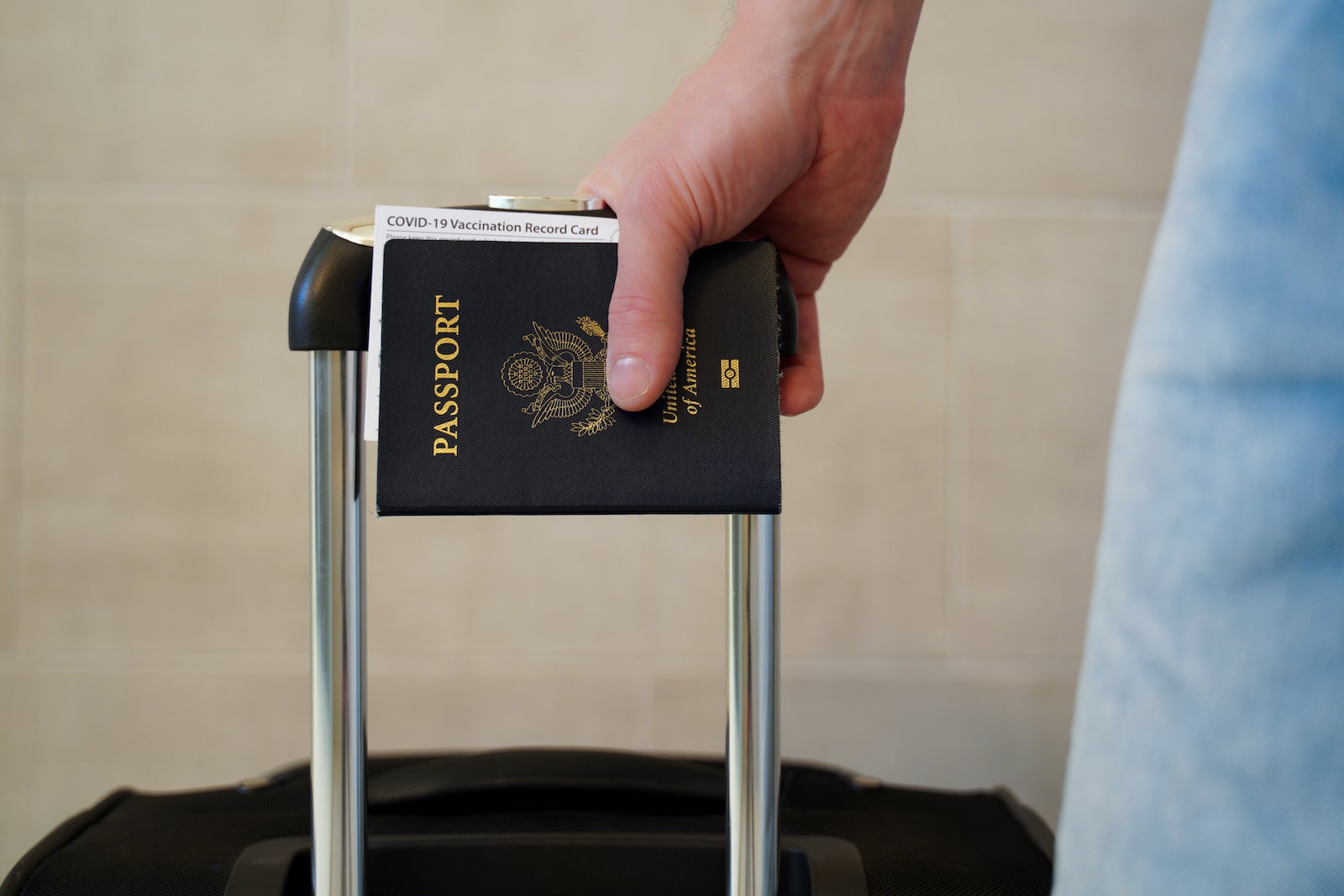 With just hours to go until the U.S. testing mandate expires, there's lots of celebrating and planning as international travel is about to get easier than it's been in a long time. From travelers considering trips abroad for the first time in a few years to others relieved that they'll face a diminished risk of ending up quarantined while out of the country, the end of the mandate is a step that will greatly simplify trips abroad and alleviate fears.

Without a doubt, this marks a major milestone for travel's resurgence during the COVID-19 pandemic.

Despite many countries taking steps to ease their pandemic-era entry requirements over the last year or so, the reality is that American travelers to international destinations still faced testing on the way home. That all changes at 12:01 a.m. Sunday when the testing mandate expires.

In place since January 2021, the U.S. testing mandate has been the subject of much scrutiny among airlines and throughout the travel industry, particularly in recent months after a federal judge struck down the federal mask mandate for public transportation but left the testing protocol in place.

Major U.S. carriers had advocated ending the testing mandate, seeing it as an obstacle to reinvigorating international travel. Despite the fact that domestic travel has surged in recent months, the latest numbers from Airlines for America, a trade group representing major carriers, showed international travel has continued to lag behind 2019 levels by 24% for the month of May.

TPG's research revealed the mandate was having a continued dampening effect on attitudes toward international travel. In a TPG survey from this spring, more than half of respondents said they’d be more likely to travel internationally if the U.S. did not have a re-entry testing requirement in place.

Since international travel resumed during the pandemic, airlines have largely been the first line of defense in making sure passengers who do not meet the requirements to fly internationally – whether because of vaccination or testing status – don’t get on board.

For instance, when I traveled on American Airlines to Turks and Caicos last month, the American app would not let me download my boarding pass on the way to the island nation until I had submitted the required vaccination proof, in accordance with entry protocols for the islands.

On the return trip, I had to upload my proof of a negative test obtained within 24 hours of departure before I could get my boarding pass. Other carriers had similar procedures in place.

You can see how these procedures are changing on airline websites. American’s site has an update at the top of its home page that brings you to a page laying out the requirements for entering the U.S. before and after 12:01 a.m. on June 12.

Beginning Sunday, the list of requirements for U.S. citizens and permanent residents has gotten much shorter. Non-citizens will still have to prove they have been vaccinated or that they have an approved exception.

Delta has a similar notice at the top of its page. Travelers should still use Delta FlyReady to enter required documents for travel in and out of the U.S., the carrier said.

Travelers shared relief in our TPG Lounge on Facebook that they would no longer face the inconvenience of getting tested while abroad and the uncertainty that often accompanied it.

“It lifts a major source of anxiety from us,” said Steve Lionel, who is currently traveling in France. “A cheer went through our group when the news came out.”

The change also means travelers face a smaller likelihood of getting quarantined, and thus, less need to plan for contingencies.

“It definitely makes it easier and much more relaxing knowing I don’t have to take my work laptop ‘just in case’ I get stuck abroad by failing a test,” Diego Andres de Marco shared.

Meanwhile, there are also many travelers who have held out from traveling internationally because of the requirement.

Tina Tang shared that she’s ready to book a trip as soon as possible. “The fear/concern of getting stuck abroad due to a positive test was enough to keep us domestic until now,” she said.

It’s a sentiment the American Society of Travel Advisors hinted at Friday as it celebrated the news of the mandate’s end, saying it had been “standing in the way of our industry’s recovery for too long.”

On top of the 5.4 million additional visitors to the U.S. now projected by the U.S. Travel Association, many international destinations that rely on U.S. visitors stand to benefit from increased tourism after two difficult years. The CEO of the Saint Lucia Tourism Authority told the Caribbean Journal Friday, that the move will likely spark growth both in Saint Lucia and throughout the Caribbean.

Still worth bringing a test abroad?

One item in the CDC’s announcement about the end of the mandate that may be an afterthought for many is that the agency is continuing to recommend that travelers get tested before they travel back to the U.S.

Whether travelers will follow that suggestion or not, there’s no doubt the virus continues to spread and infect even those who are vaccinated, albeit with less severe infections. Additionally, with fewer masks being worn, travelers will still be potentially exposed to the virus. To that end, having a rapid test or two would be helpful to confirm a case in your traveling party or (hopefully) to rule out a COVID-19 infection and give you some peace of mind.

The good news is, unlike last winter, today you can walk into just about any drugstore and find a supply of tests, which can be easily stowed away in your luggage. I’ve seen plenty at the pharmacy just down the street from my home here in North Carolina.

TPG has reported for months on other countries loosening their COVID-19 entry protocols, including a vast number of popular destinations doing away with testing requirements. What had remained unchanged until now was that no matter where you went, you still had to get tested to return to the U.S.

The end of the testing mandate now means you could travel to many international destinations and return home without having to go through any COVID-19 protocols beyond filling out a form or two. This could be a major factor for travelers considering flying internationally for the first time in a couple of years.