How the U.S. ski season is getting longer

Articles
Summer Hull , aka Mommy Points, ran the Mommy Points site for families who want to travel more for less using miles and points for seven years. She now heads up a variety of special projects at TPG when she isn't exploring the world with her own two girls.
Follow
Oct. 22, 2019
•
7 min read 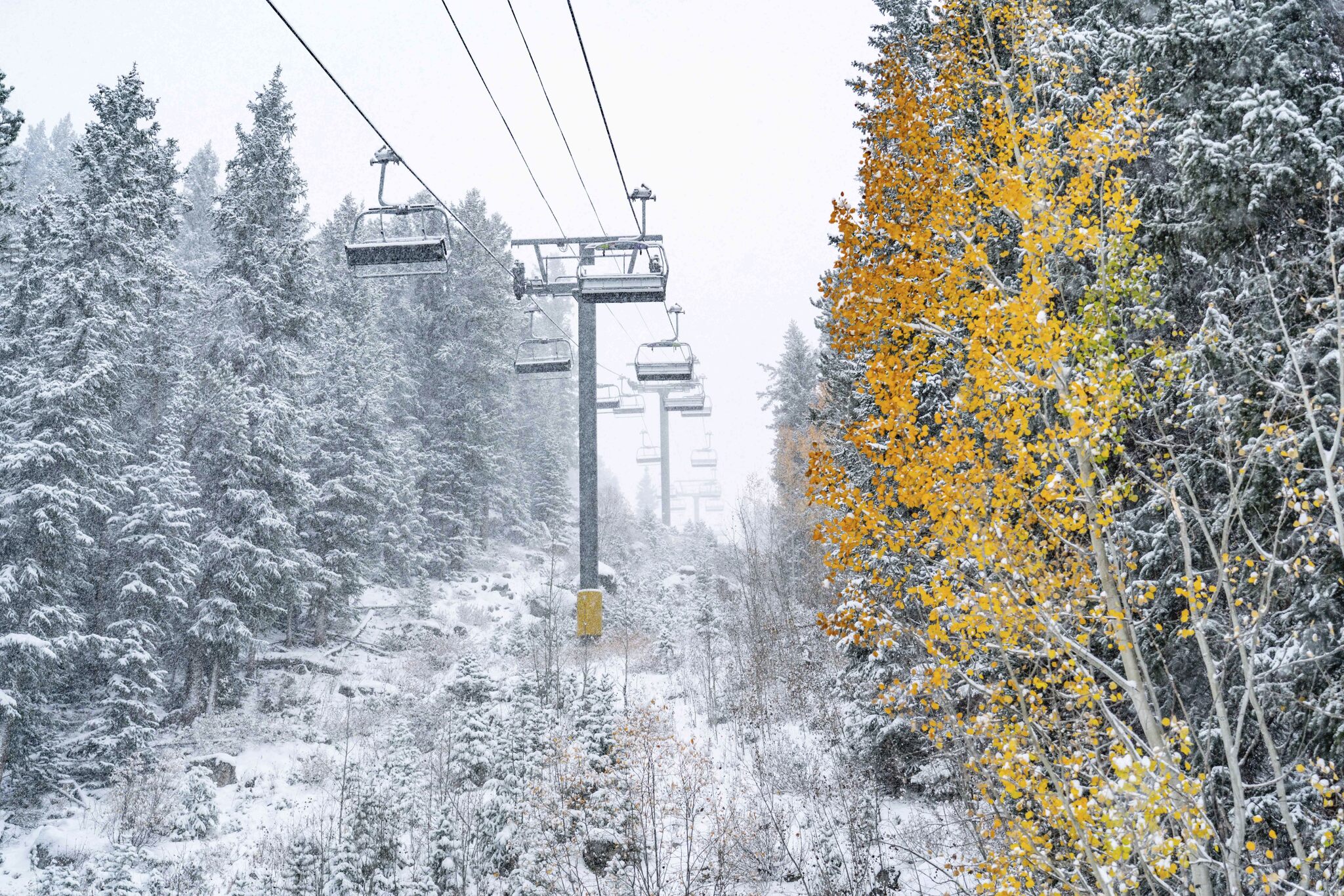 How the U.S. ski season is getting longer
This post contains references to products from one or more of our advertisers. We may receive compensation when you click on links to those products. Terms apply to the offers listed on this page. For an explanation of our Advertising Policy, visit this page.

In Colorado last year, the Keystone ski resort opened to skiers and snowboarders on Nov. 7. At the time, it was considered an early start. This year, the family-friendly mountain destination missed becoming the first ski resort in the nation to open for the season by mere hours when it turned the lift on at 9 a.m. on Oct. 12. (They lost the unofficial first-to-open race to Arapahoe Basin, which did a surprise opening the afternoon before.)

So, how did a ski resort go from opening on Nov. 7 one year to Oct. 12 the following and enjoying its earliest opening in at least two decades?

Hint: It wasn't a big early snowfall that blanketed Colorado.

If you get the feeling that ski season in the U.S. is getting longer, you'd be right, but this is not a happy weather accident. Not content to only be relevant travel destinations from December through March, many ski resorts are actively pushing to offer longer ski seasons, more year-round outdoor activities or a combination of the two.

Keystone specifically set a goal of investing in snowmaking and installed a new state-of-the-art, automated snowmaking system that was crucial for making a blanket of snow that enabled an early October start date.

And down the road from Keystone, though not yet open for the upcoming season, Breckenridge is also promising a longer season with a goal of staying open at least through Memorial Day weekend, just as it did last year. In fact, multiple U.S. ski resorts stayed open until July 4 last season.

Ski resorts aren't just working to be open for a larger chunk of the year to be nice. The economics and logistics of skiing has changed in the last decade. These days, pity the fool who pays the walk-up lift ticket rates that can top $200 per day at big resorts such as Vail and Breckenridge. Now, whether you're a local or just a once- or twice-a-year mountain visitor, it's all about the annual ski pass -- or at least about buying a bundle of discounted ski days that will hopefully last you the season.

According to an investors report, in 2011, 35% of Vail Resorts (which operates the Epic Pass) revenue came from annual passes. By fiscal year 2018, that number had increased to 47%. At that pace, it likely won't be long until the majority of Vail Resorts revenue comes from passholders instead of those who purchase traditional lift tickets.

An annual ski pass becomes much easier to justify when the opportunities to use it last from October to May or June, rather than when the lifts only turn for three or four months per year. And this reality is not lost on those who run the pass programs.

When asked about Keystone's early opening, Vail Resorts told TPG that, "In tandem with Breckenridge Ski Resort, who is planning to stay open until Memorial Day this year (if conditions permit), the two Colorado resorts will provide our Epic Pass holders with one of the longest ski seasons in the country."

It's probably also not a coincidence that the major ski passes -- Epic, Mountain Collective and Ikon — cover large swaths of the country, meaning you aren't tethered to the weather or snowmaking capabilities of any one mountain. Now, skiers and boarders have options ranging from the West Coast to the Northeast, and even other continents.

A spokesperson for Colorado Ski Country, which represents well over a dozen Colorado ski resorts including Aspen, Telluride, Winter Park, Wolf Creek and early season openers such as A-Basin and Loveland, agreed that an extended season isn't all about doing snow dances (though I'm sure that also happens).

Rather, it is indeed snowmaking that plays a huge role for the resorts who target mid-October openings. To make that possible, the Colorado Ski Country spokesperson said snowmaking typically begins just as temperatures dip in early October, placing the mountains with a higher elevation at an advantage. For example, A-Basin and Loveland sit atop the Continental Divide.

This theoretically gives them earlier access to freezing temperatures than you would find somewhere such as Steamboat Springs, which is several thousand feet lower in elevation.

But it's not all about geography, as Colorado Ski Country also pointed out the snow product machines can make artificially has improved in recent years, making it more realistic to extend the seasons. While ski resorts don't hide the fact they are aiding Mother Nature (in fact, they tweet about it), keep in mind that all snow is not created equally, even with advances in snowmaking technology.

As TPG contributor and ski writer Josh Laskin, said, "For someone who doesn’t ski regularly, manmade snow is comparable to a natural packed powder groomer day. But for people who ski regularly (or at least a handful of days per year), they’ll be able to tell a difference."

He went on to point out that "snow conditions change by the hour, manmade or not" and that "fresh, manmade snow blown during prime conditions will likely provide better skiing than natural snow that has gone through a freeze-thaw cycle."

And while he's right that there's no comparison between fresh, ungroomed powder and groomed manmade snow, he's also right when he said that, "for those who count the days until ski season starting the last day of the previous season, early season manmade groomers are more welcomed."

Snowmaking isn't new, as ski resorts have been supplementing what falls from above with snowmaking technology for decades. However, with an ever-changing climate and a new dominate passholder revenue model at hand, snowmaking isn't just supplementing what does or doesn't fall in the winter months — it's helping stretch the season on both ends, making for a longer U.S. ski season at mountains that, historically, rarely ventured beyond winter. Time will tell how this all plays out on the slopes, but if it allows passholders more days to ski and creates some more shoulder portions of the ski season that are more affordable when it comes to lodging and flights, then perhaps it's a rare case where everyone can win.

For help planning your next ski vacation: