United May Be Close to Buying the Airbus A321LR

Articles
Alberto Riva Alberto runs our flight reviews and oversees special projects across several verticals. Previously, he was the managing editor of Vice News and worked at Bloomberg and CNN, where he was constantly trying to convince people to do more stories about airplanes. He speaks Italian, French and Spanish and one day he’ll be better at German.
Follow
Oct. 26, 2018
•
5 min read 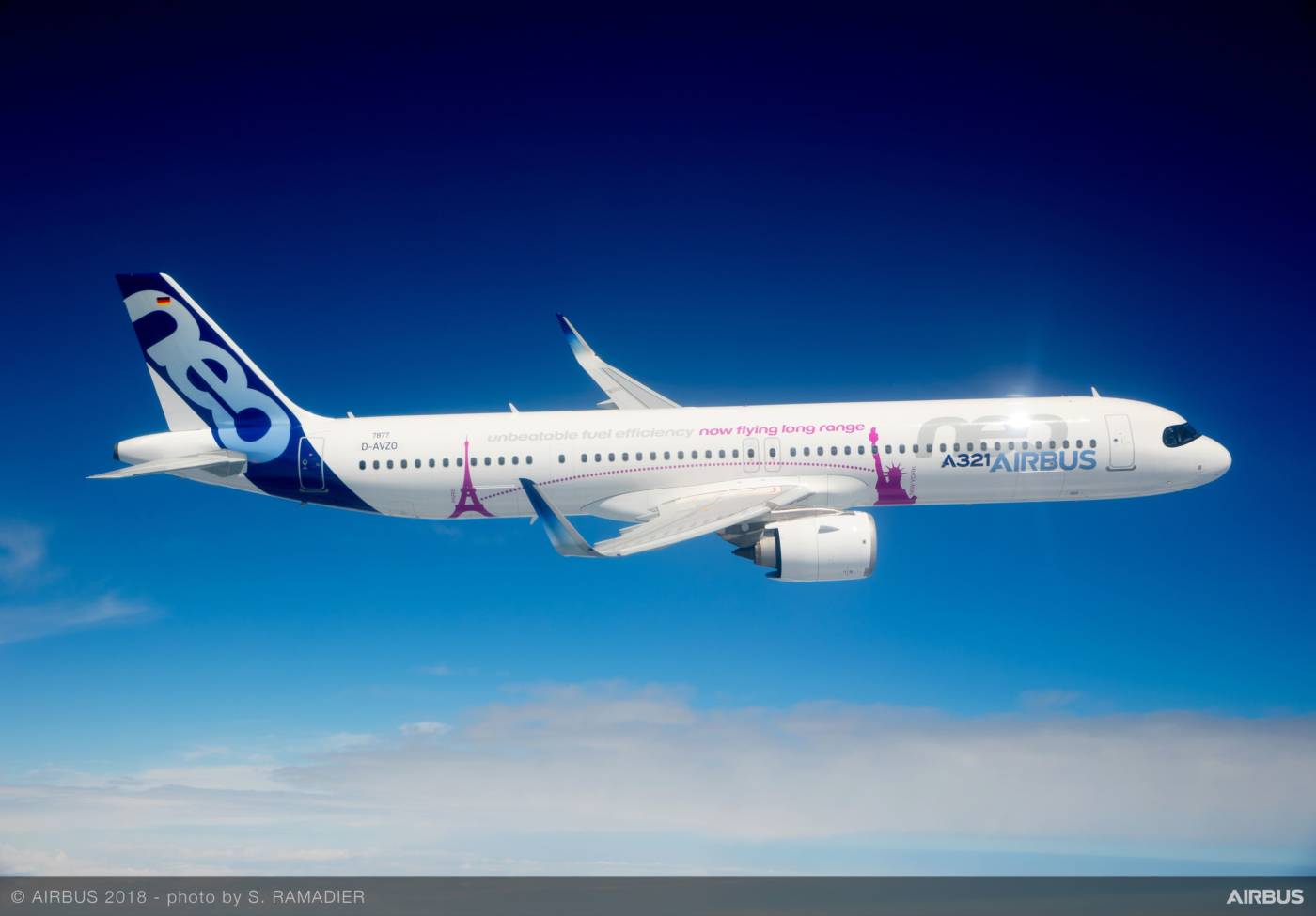 United May Be Close to Buying the Airbus A321LR
This post contains references to products from one or more of our advertisers. We may receive compensation when you click on links to those products. Terms apply to the offers listed on this page. For an explanation of our Advertising Policy, visit this page.

United Airlines may be getting closer to buying the Airbus A321LR, to take the place of its venerable Boeing 757s on routes across the Atlantic.

According to aviation news site AIN Online, United has received a proposal from Airbus for the long-haul, single-aisle plane, which competes with a yet-to-be-launched Boeing informally known as the 797. A United order for the A321LR would be a big win for Airbus over Boeing.

AIN Online, citing a report from aviation consultancy firm IBA Group, said United has looked at an A321LR configured with 178 seats: 16 lie-flat beds in Polaris business class and 162 in economy, 72 of which would be sold as Economy Plus with extra legroom. There was no mention of a true premium economy, which United recently introduced on long-haul aircraft as Premium Plus — it may not make sense on a single-aisle plane.

That's a bit more capacity than the 757-200 United uses across the Atlantic, which carries 16 passengers in middling business-class seats and 153 in economy (45 of which offer extra legroom).

The A321LR is, unlike the future twin-aisle Boeing, a narrow-body plane — lighter and cheaper to operate than wide-bodies. That's the core of its sales proposition: It's a tried-and-true Airbus A321 with new engines and more fuel tanks, and it gets as many as 240 passengers up to 4,600 miles nonstop at a much lower cost than the smallest of wide-bodies now on sale or currently being operated by airlines.

Granted, no mainline carrier like United will ever cram 240 people into an A321 — it would entail a coach-only configuration with less legroom than any US carrier except Spirit Airlines. And across the Atlantic, network airlines make the real money up front, in business class.

The Airbus, whose full name is an extremely clunky A321neo LR — for long range — has already landed a few customers that plan to fly it between Europe and North America, including Aer Lingus, TAP and Norwegian. The latter plans to use its 30 A321LRs on transatlantic routes that don't require the seating capacity of a Boeing 787 wide-body but are too long for the smaller Boeing 737 MAX 8, which can make the British islands from the US Northeast but would have trouble getting much farther.

United also has the 737 MAX 10 on order, the biggest 737 ever made. The airline plans to install lie-flat biz seats and use it in place of the 757 on the premium-heavy US transcon market. Wouldn't an order for the similarly-sized A321LR clash with the MAX 10? In theory, yes. In practice, the LR has a bit more range than the MAX, making it a good choice for the North Atlantic.

We asked United if the airline plans, in fact, to use the 737 MAX 10 within the US, and the Airbus across the ocean. "We are always in contact with manufacturers about our future fleet needs, and have no announcements at this time," a United spokesperson emailed in response.

IBA Group also noted that the A321LR’s cruises at Mach 0.78, significantly slower than the Boeing 787 that United also operates, which does a zippy Mach 0.85. Translating to miles per hour, that's a difference of more than 50 mph. Over the typical 4,000 miles of a Newark to central Europe run, that means at least 30 minutes more flight time for the Airbus.

But 787s are built to fly very long distances. United uses them, for example, for nonstop trans-Pacific flights like San Francisco to Singapore, which are 15-hour affairs. That's kind of too much airplane for just hopping over to Europe, which these days is a milk run. And comparing the A321 and the 757, or apples to apples, the cruising-speed gap narrows to almost nothing. The 757 is still faster, but by just about 15 mph — United would not see much of a difference between the two in operational terms. And with the vastly more modern Airbus burning a lot less fuel to fly the same number of people, the financials would still look pretty good for the airline.

The A321LR has also demonstrated an impressive ability to go beyond its officially stated range. Earlier this year, one stayed in the air for 11 hours with a full load of (dummy) passengers. For United, that's enough to comfortably serve its Chicago hub from Europe, not just Newark.

So, the writing is on the wall: There is a good chance that in a few years you might find yourself in an A321LR, if you are a United customer going to Europe from the US.