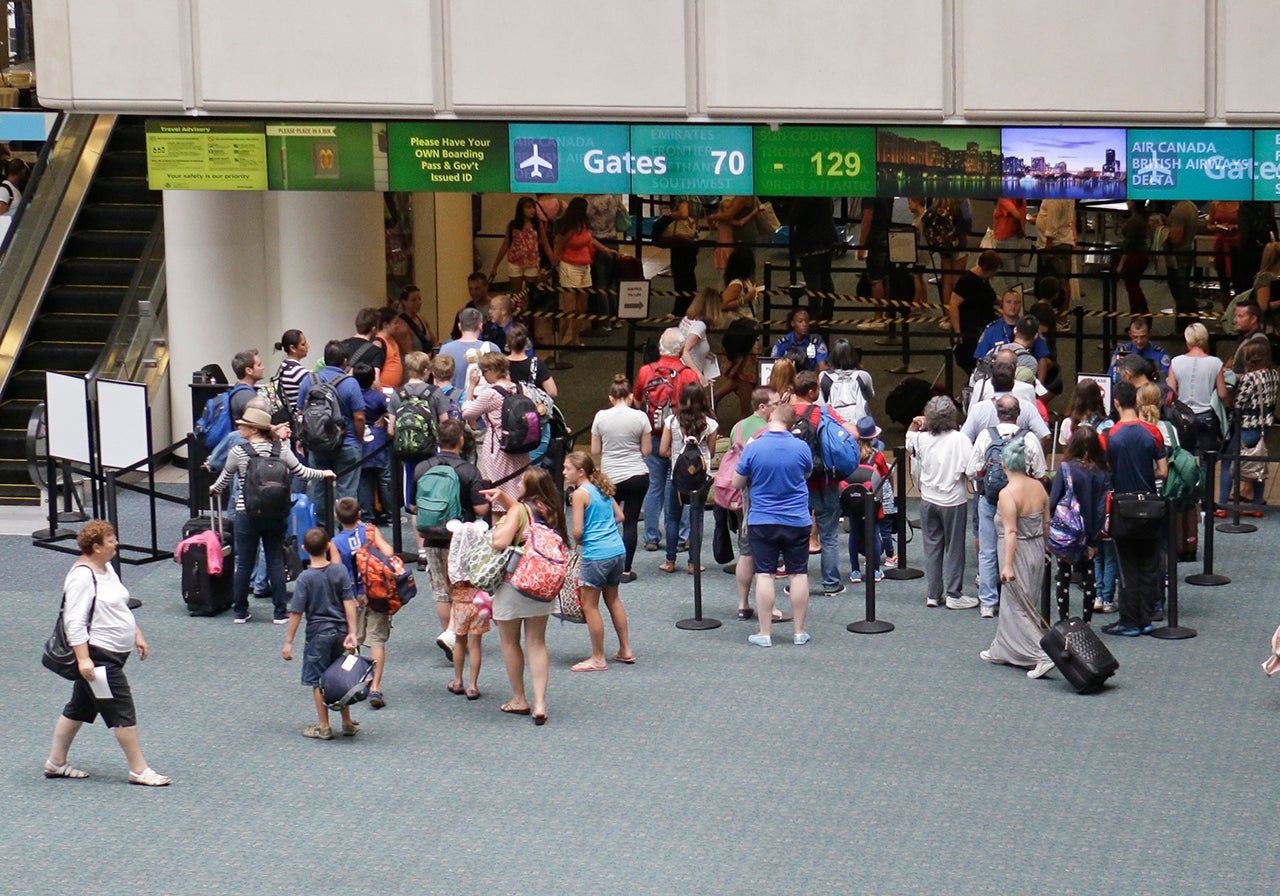 Reports from Orlando International Airport say an off-duty TSA agent fell to his death from the balcony of the Hyatt Regency Hotel into the airport atrium on Saturday morning. The incident caused some people to flee through the nearby security checkpoints unscreened. The FAA briefly grounded flights.

According to the Miami Herald, gates 70-129 were closed "for a few hours". Because passengers had entered the secured airside of the airport without proper screening the airport was shutdown and passengers had to go through security again once it reopened. The airport has resumed operations, but a FAA traffic management program remains in effect. Security checkpoints reopened around 12:30pm local time to begin re-screening passengers.

Delays aside, it seems travelers are understanding of the heartbreaking situation:

We will update this post as the story develops.