Tropical Storm Barry Expected to Form in the Gulf This Week, Threaten Travel This Weekend 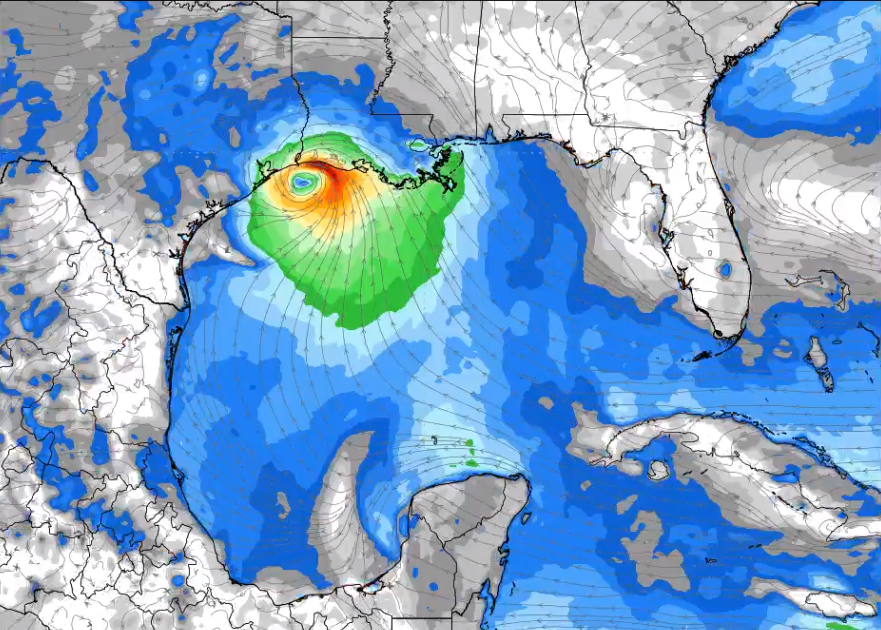 Tropical Storm Barry Expected to Form in the Gulf This Week, Threaten Travel This Weekend
This post contains references to products from one or more of our advertisers. We may receive compensation when you click on links to those products. Terms apply to the offers listed on this page. For an explanation of our Advertising Policy, visit this page.

The Atlantic hurricane season officially kicked off on June 1, but the tropics haven't produced a storm since a short-lived Subtropical Storm Andrea at the end of May. That's not unusual for the early part of the season. While the tropics may seem quiet now, there's a storm brewing over southern Georgia that's forecast to form into a strong tropical storm -- or even a hurricane -- later this week.

On Monday evening, Meteorologist Ryan Maue shared an image of what the European Centre for Medium-Range Weather Forecasts (ECMWF) forecasts will become of the current cluster of disorganized storms:

Based on this model run, the top wind speed would be 68.6 knots -- or around 79 mph. That would make this storm a category 1 hurricane just before landing.

The National Hurricane Center is a bit more cautious in its forecast. As of 8am ET Tuesday morning, the NHC gives the system a "medium" 50% chance of developing into a tropical disturbance in the next 48 hours and a "high" 80% chance of formation in the next five days, as the "environmental conditions are expected to be conducive for development." If the storm strengthens to at least 39 mph top sustained wind speed, the tropical cyclone would be named Barry.

Whether or not the storm becomes a tropical storm or hurricane, the takeaway from the NHC is clear: "regardless of whether or not a tropical cyclone forms, this system has the potential to produce heavy rainfall along portions of the northern and eastern U.S. Gulf Coast later this week."

Just how heavy of rainfall is highly dependent on how long the storm churns in the warm waters in the Gulf of Mexico and how quickly it moves onshore. As of Tuesday morning, the National Oceanic and Atmospheric Administration (NOAA) Weather Prediction Center is forecasting over 10 inches of rain for parts of the Gulf Coast across the next seven days:

At this point, the impact that this storm could have on travel is unclear. However, if you're planning to fly from, to or through an airport on the Gulf Coast this weekend, I'd recommend monitoring this storm's development. It's possible that airline change fee waivers will be issued later this week which will open different routing options or allow free changes for those with a flexible travel schedule.

If you're planning to travel later this week or weekend and haven't booked your travel yet, make sure to put the purchase on a credit card that offers solid trip protections.

The Citi Prestige is still my go-to for booking flights thanks to solid travel protections and 5x earning on airfare. However, the benefits on the Citi Prestige were discontinued on September 22.

For more information about hot to protect your travels this hurricane season: