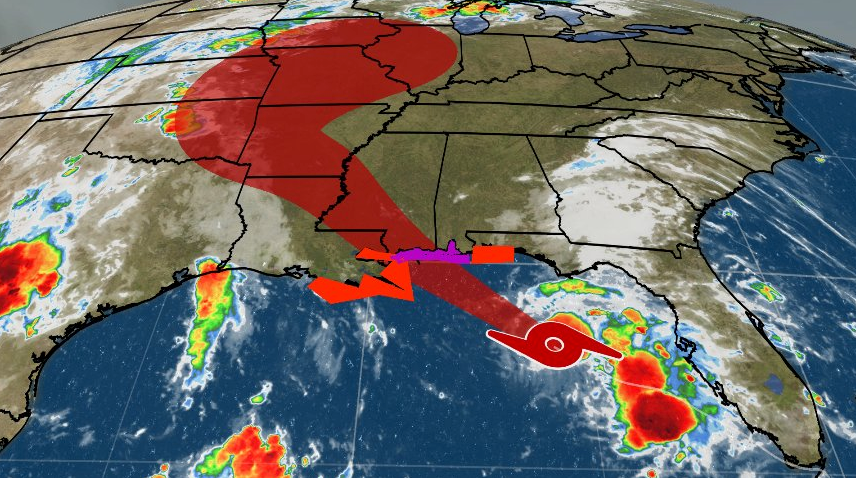 Tropical Storm Gordon is heading for the Gulf Coast of the US and is expected to make landfall late on Tuesday night as a Category 1 hurricane.

The Weather Channel says that parts of the northern Gulf Coast can expect heavy rainfall of up to 12 inches, which is likely to cause flash floods in some cities in Gordon's path — flash flood warnings have been issued in southeastern Louisiana, southern and central Mississippi, far southeastern Arkansas, southwestern Alabama and the western Florida Panhandle.

Although landfall won't occur until Tuesday evening, storm-force winds were expected Tuesday afternoon, and the storm pattern is already interrupting flights in the region, and airlines have begun issuing travel waivers. TPG reported Monday that Delta and Southwest have issued travel waivers for Gordon. Now, other airlines are following suit.

Here are the latest waivers as of 2:00pm on Tuesday:

The change fee may be waived if you are traveling on an American Airlines flight, and you don't change your origin or destination city. Rebook in the same cabin or pay the difference.

Origin and destination cities may be changed. Customers whose flights are cancelled may request a refund here.

Customers may rebook their flights online in the ‘Manage Flights’ section of jetblue.com or by calling 1-800-JETBLUE (538-2583) prior to the departure time of their originally scheduled flight. Customers with cancelled flights may also opt for a refund to the original form of payment.

Alaska will waive the change fees and the difference in the price of the ticket if the new travel is booked to or from the affected cities in the same cabin and travel is completed on or before September 14, 2018. Additional taxes may apply. You may request a refund if you choose not to travel at all. Tickets must be exchanged or refunded prior to the departure of your original flight. Rebook your flight or apply for a refund online.

Customers who are holding reservations on the abovementioned dates, and want to alter their travel plans may rebook in the original class of service or travel standby (within 14 days of their original date of travel between the original city-pairs and in accordance with our accommodation procedures) without paying any additional charge.

Eligibility only for customers with an Original Ticket Issue Date on or before September 3, 2018. Changes to origins and destinations may result in an increase in fare. Any difference in fare between your original ticket and the new ticket will be collected at the time of booking.