Articles
Kaeli Conforti is a digital nomad and has been backpacking solo around Southeast Asia, Australia and New Zealand since January 2018. She loves inspiring others to travel the world and create their own adventures.
Follow
April 07, 2019
•
7 min read 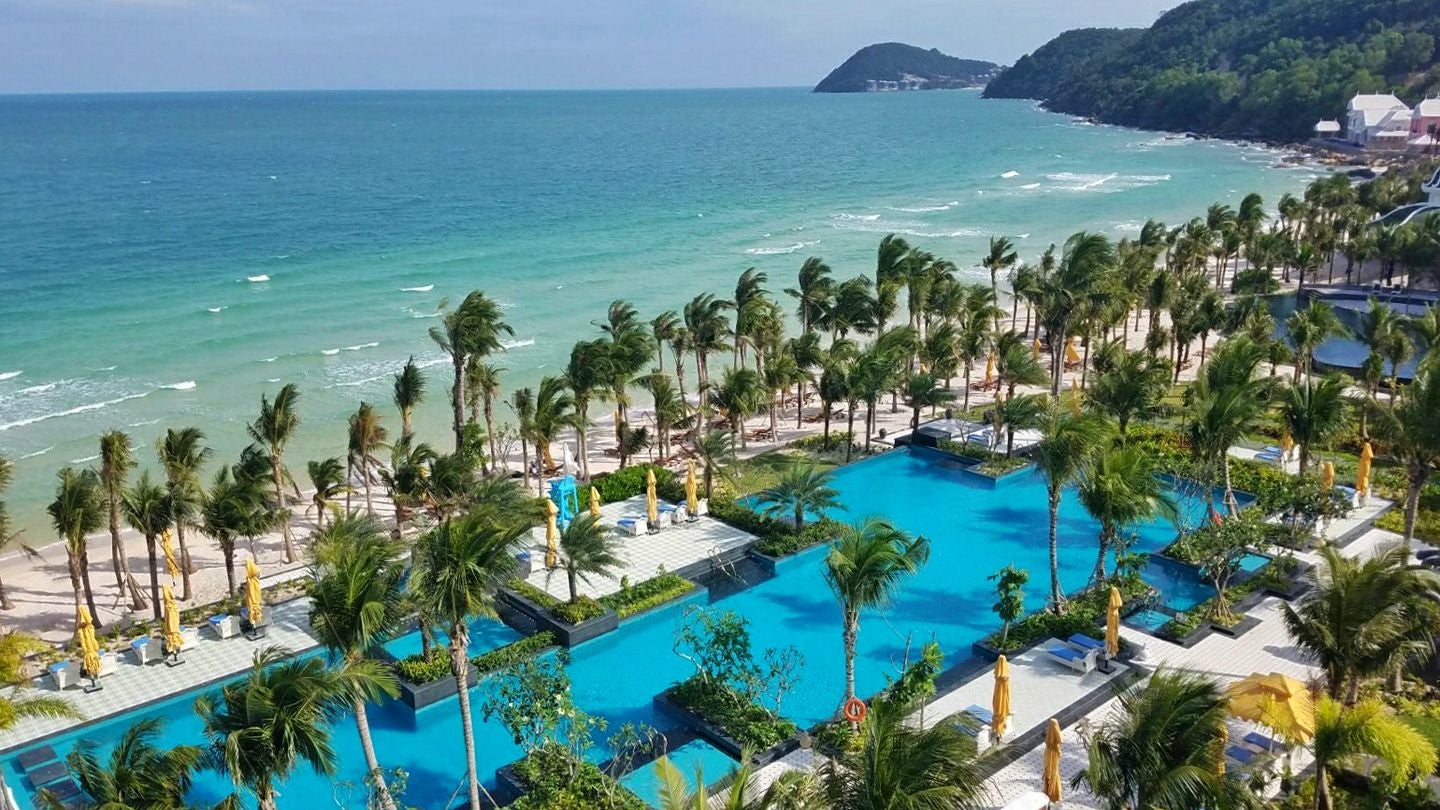 Here at The Points Guy, we've got Marriott Bonvoy on the brain. We recently asked our esteemed TPG Lounge members how they would redeem 100,000 Marriott points, and as usual, received a flurry of responses. Here's a look at some of our favorites, including several success stories by readers who have already used Marriott points to plan memorable trips in the US and around the world. (Some responses have been lightly edited for style and clarity).

In the US, Mexico, Caribbean and South America

From incredible family vacations to Walt Disney World to an epic week in Ecuador, our TPG Lounge members were full of ideas for redeeming 100,000 Marriott points in North and South America, Mexico and the Caribbean. Some of them already made it happen.

"The St. Regis Bal Harbour Resort or The Ritz-Carlton Key Biscayne, Miami. Those are my two favorite properties. I’m going to the St. Regis next week." — Matt R.

"The Ritz-Carlton, Kapalua, in Maui in April." — Melissa A.

"The Ritz-Carlton, Dove Mountain in Tucson. Long weekend at its finest." — Rebekah B.

"I just used 100,000 points to spend five nights at the Courtyard by Marriott Orlando Lake Buena Vista in the Marriott Village in Orlando, with free breakfast and a free shuttle to Walt Disney World. It might not be the highest value, but it was great for my family!" — Erica O.

"I'm going to Disney World! Seriously, I'm using about that many points to stay at the Swan and Dolphin Resort." — Michelle D.Z.

"Two nights and the Walt Disney World Swan and Dolphin Resort during the new Star Wars opening. Unfortunately, 100,000 points ain’t what it used to be." — Aric B.

"I booked eight nights in an ocean view balcony room at the Courtyard by Marriott Kauai at Coconut Beach in June for 175,000 points. Couldn’t touch eight nights at any other beachfront, ocean-view Marriott property in Hawaii." — Jessica J.

"I did use them. JW Marriott Cancun Resort & Spa, along with the suite upgrades. Nice way to get warm in the winter." — Kevin H.

"We just spent 45,000 Marriott points for seven nights in Ecuador: two at the Courtyard by Marriott Guayaquil and five at the Four Points by Sheraton Cuenca. Both great properties." — Megan N.V.

"One night at The Ritz-Carlton Grand Cayman." — Kim S.K.

A number of TPG Lounge readers shared stories about their favorite Marriott redemptions for award stays at some of Europe's most beautiful points properties, while others mentioned the luxury hotels they aspire to visit.

"I stayed at the Fontecruz Lisboa, Autograph Collection, in Lisbon. Great location, outstanding service and, likely because of status, a beautiful room with a large private terrace." — Kathy M.

"I recently converted 100,000 Marriott points into six free nights across Spain, Portugal and Morocco for this summer. Two nights at the Sheraton Casablanca Hotel & Towers. Three nights at AC Hotel by Marriott Atocha in Madrid, and one night at the Sheraton Lisboa Hotel & Spa in Portugal. Each night was either 20,000 or 25,000 points." — Aaron S.

"Any of the Domes hotels in Greece, either Crete or Corfu." — Derek A.

"I did. Five nights in Berlin at the Sir Savigny Hotel in July. Looking forward to it." — Rachel M.

Living It Up in Asia and the Middle East

Many members of our TPG Lounge mentioned how you'd be able to get a better bang for your buck by booking 100,000-point award stays at hotels throughout Southeast Asia, while others said they'd cash theirs in for a few nights in Israel or the Maldives.

"Five nights at the Taipei Marriott Hotel this summer. 25,000 [per night] for four nights, plus one free night." — Gary L.

"Stayed at The Ritz-Carlton, Herzliya in Tel Aviv on the marina for five nights with 200,000 points. The fifth night was free. Amazing hotel." — Pranav M.

"Two nights at The Ritz-Carlton, Istanbul, in a Bosphorus view suite booked for 70,000 points." — Melis A.

Another Option: Transferring Them to Airlines

Of course, another way to spend 100,000 points would be to switch them over to one of Marriott's airline partners and put those points toward a free flight instead. The brand has more than 40 to choose from and transfers are often at a 3:1 ratio, plus you'll score an extra 5,000-mile bonus for every 60,000 Marriott points you transfer. Here's how two readers said they would go about it.

"I'd transfer them to Alaska Airlines and redeem with one of its partners like Fiji Airways [for a flight] to Australia with a free stopover in Fiji." — Matthew T.

"100,000 Marriott points is roughly 38,333 airline miles. I'd combine them with 6,667 miles from Korean Air and fly Delta One to Hawaii. Korean Air is a member of the SkyTeam Alliance with Delta and they group North America as one big zone that includes Mexico, the United States (including Hawaii), US Virgin Islands, Canada and Puerto Rico. Any flight from North America to North America will cost 25,000 SkyPass miles for economy and 45,000 for first class. Book through the Korean Air site, just be sure to transfer points in bunches of 60,000 to get the extra bonus. Seats can be limited, so try to book as early as possible." — Randall C.W.