Articles
Katherine Fan is a former senior travel features reporter at The Points Guy who covered everything from personal finance to travel and aviation.
April 22, 2018
•
10 min read 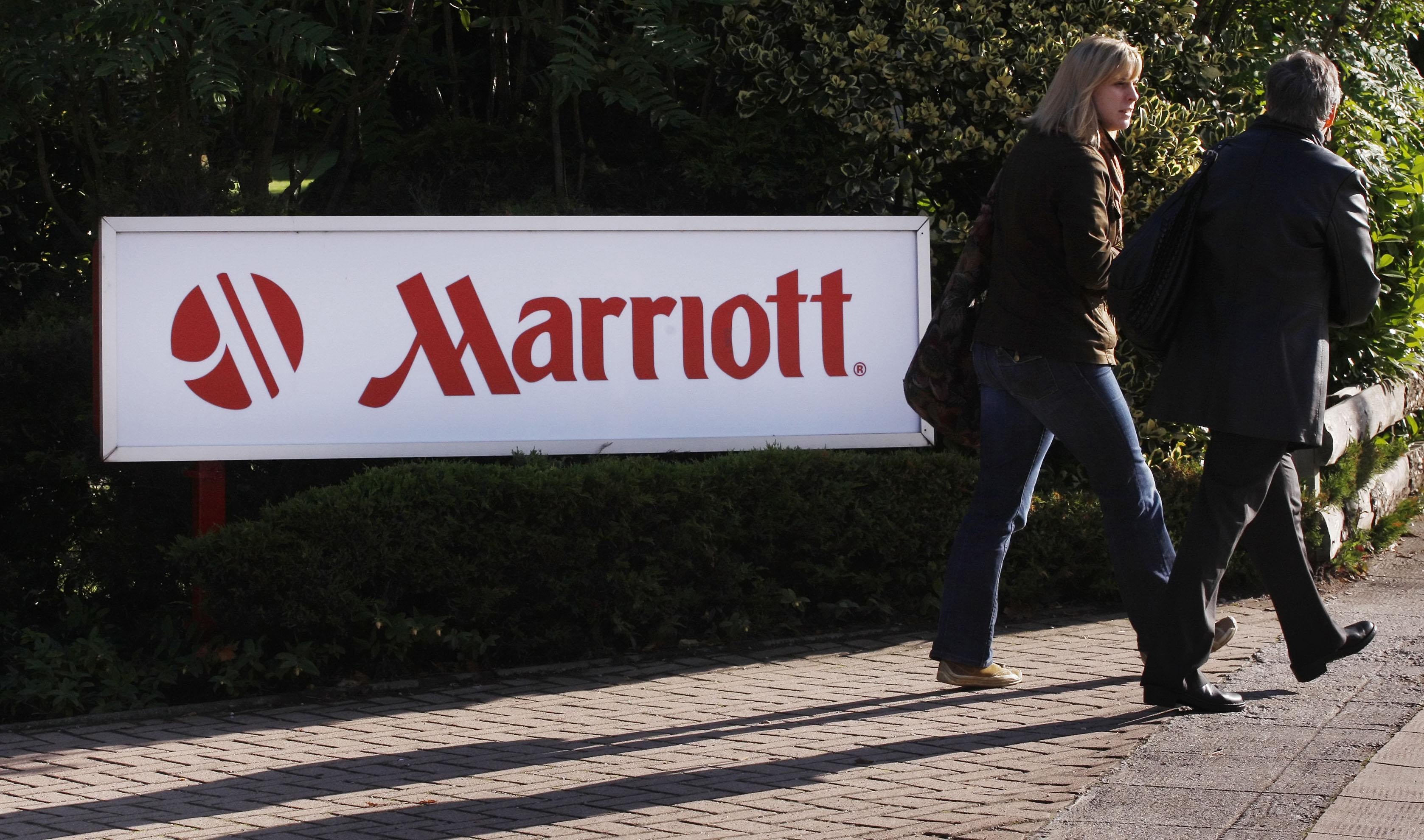 It's been a busy week in the Marriott/SPG loyalty world. On Monday, Marriott announced its new unified loyalty program, with details on everything from the revised elite status tiers to the new program's airline transfer partners. Then on Tuesday, David Flueck, SVP of Loyalty for Marriott, answered questions about the combined program, while TPG's Editor-at-Large Zach Honig shared his reasons for focusing on Marriott status moving forward.

But as they say, people don't remember what you do, but how you make them feel. Our TPG Lounge readers have now also chimed in to share their thoughts, both good and bad, on the new Marriott/SPG loyalty program. (Some answers have been lightly edited for clarity.)

From occasional Marriott customers to heavy SPG loyalists, a significant group of people found at least something to like in the new program. Some folks even found a lot to like...

"YES... I love the New Marriott program!!! So glad everything is coming together!!!" — Rick H.

"Other than the credit cards, I’m pleased. However, the SPG Business card actually could look pretty attractive now with the earning structure." — Nolan B.

"Overall, it could have been a lot worse. There are positives and negatives for each person: some will come out ahead, some less so, many effectively unchanged. But overall, it looks like [Marriott] took a reasonable path in balancing business priorities with member priorities." — Jeff L.

"Waiting to see the change-over bonus for the new Marriott Premier Plus card, but I'm otherwise pretty happy! I was mostly worried about transfer of points to airline partners, and that seems to be staying the same/improving for the most part." — Jordan J.

"Lifetime status for current Marriott members actually turned out much better than I thought it would be. With that, time to assign newly earned points from Marriott to some other program since they usually have more value elsewhere." — Al P.

"I like the changes for the most part. Happy to see that there’s no longer a points requirement for lifetime status, as I’ll be able to achieve lifetime platinum much sooner now." — Matthew P.

I’m pretty happy that nothing bad happened. I’m a SPG 100 night plat and will be next year too. $20k spend, yeah, pretty easy. Now just don’t boost my hotel redemptions too much and we’ll all be good. — Neil M.

"Honestly, I think the changes are all pretty fair. Merging two completely different programs is never easy. Luckily they were able to find a way that most people are keeping the same benefits, if not gaining more. Of course there are the fringe cases though. I think the biggest gripes are with the credit cards, both earning and benefits. It will be interesting, though, if Chase/AMEX seek to differentiate their offerings after the dust has settled." — Andrew B.

"I’m current[ly] Marriott Lifetime Platinum Premier and have been at Platinum Premier Elite for several years now (should hit 1K lifetime nights sometime this month) - I’m satisfied with the conversion and pickup of the Ambassador service." — Marc K.

"They’ve done as best of a job as possible. I don’t understand why anyone would be totally disappointed. As a SPG member, I’m mostly excited about the addition of the complimentary night." — Steve D.

On the other hand, another cross-section of travelers — perhaps a larger group, or maybe just more vocal — were unhappy with the details of the new Marriott, especially when it came to the changes on the SPG credit cards...

"Marriott murdered the SPG card - now it'll be only a sock drawer card after August 1st. At least they should have kept a SPG luxury card with 3x earning on non-bonus categories. I collected SPG points for Marriott packages, as these give 1.33x conversion to airline miles." — Umesh A.

"No. Dropping my AMEX SPG credit card when due. I don't care about the free night: I had the card to convert points to miles. Now there's less value for doing that." — Fran P.

"I was a Hilton loyalist to begin with, this locks that down lol. The airline transfer is still solid, but $30K spend is ridiculous. I’ll stick with Membership and Ultimate Rewards." — Nathan H.

"I do not like the redemption levels. They are a devaluation for Marriott members. Remember a few weeks ago, you posed the question asking us to make predictions for this year, and my prediction was that the new Marriott program would try to be lucrative for the SPG members with the 1:3 transfer ratio to Marriott points and keeping a decent transfer ratio to airlines, while at the same time making the top tier hotels out of reach for the Marriott members? Well, that's exactly what they did. Angry

"As a SPG cardholder without gold/platinum status, this solidified my choice to go with the Hilton Aspire card." — Edward T.

"I have both AMEX SPG & HILTON & I am lifetime Platinum SPG & lifetime Diamond Hilton. These new changes benefit Marriott folks, but SPG folks lose. I plan on getting the Aspire card vs the SPG Luxury." — Samuel H.

"One perk I previously found valuable was free breakfast and lounge access at Marriott by way of AMEX Plat's comp'd Gold status (SPG Gold -> Marriott Gold). I'm glad to see breakfast offered at more brands in the new program, but it's not available in as many elite tiers (only Platinum and above). AMEX Plat cardholders lose out on breakfast/lounge access because they're being routed to Gold, below platinum. And in fact, none of the new CC offerings would give you anything higher than Gold (please correct me if I'm wrong). This may leave Hilton as the last big chain with free breakfast accessible by credit card." — Bobby L.

"As a 1000 night SPG lifetime platinum, it’s a epic fail for me. Exploring all other options." — Justin J.

"As someone who doesn't actually stay at real hotels very often, these changes remove my contemplated plan of moving to SPG." — Barukh R.

"I’m planning on dumping all my points to my frequent flyer account, and then using the point bonus for residual points towards Marriott. Other than that, I’m done with SPG. Back to the Chase Trifecta." — Davion J.

Mixed feelings? Join the third group of TPG readers, who saw both good and bad in the changes or who are waiting to see how some of the final details progress, especially when it comes to Marriott slating existing properties into the new unified award chart...

"Jury is still out. Let’s see how the devaluation plays out and what categories the hotels fall in at.... loved the fact that my Lifetime Platinum Marriott now means I am Lifetime Platinum Premier, which isn’t even attainable for anyone else." — Antonio Q.

"I guess they tried to make a decently merged program. The increased spending minimum to earn status via the credit card will likely prevent me from reaching a higher level, but inasmuch as I'm not a big customer of theirs, I can't fault them for that. I will watch for other credit card offers to replace the SPG AMEX I have, since I probably won't get Marriott status, and can afford to look around for a substitute. I might even pick up some decent sign-up bonuses in the process." — Rita T.

"The time requirement on Lifetime is a bummer. I'll hopefully make Marriott Lifetime Gold this year – but if not, I would need to wait 4 more years." — Steve L.

"Could be worse. Not excited at all. Just happy that the SPG airlines rewards are still intact. I'm a lifetime platinum elite with Marriott. Still get the same old stuff." — Jeff K.

"Waiting to see in the next six weeks how they categorize all the properties. I have the SPG Amex which takes a hit for non-bonus spend. If the free night is available for use at a decent property I will definitely hold onto it. Have no status besides Marriott Silver, but I like the increase in points per dollar on stays." — Douglas A.

Could've been worse. The SPG Amex devaluation is a real bummer, and will take away all non-bonus spending. That being said, I will primarily use the card for Amex concert sales only, since I'll still get a better return than a no annual fee card. Combining that with the free night, I'll probably keep the card. – Jake P.

"It's not as bad as I thought it would be. It's better than the [original] Marriott program, I think, but worse than SPG. But SPG wasn't profitable, so I get it. I'm glad they made it better than Marriott's program. In my opinion, they need to add breakfast to all properties at that level. That being said, I'm not sure if the SPG basic card is worth it. You get better status with Amex Platinum – confirmed Gold, from what I've read. Maybe the 15 nights is worth it. I'm not sure..." — Zack S.

"I am a United/Marriott person and feel like it didn’t ding me too badly. I can’t always decide where I stay, and while lounge access was nice, I didn’t use it all the time. Honestly, I guess I’m a little disappointed that being 1K on United and getting status-matched to Gold for free isn’t going to get me that access, but it’s not that big a deal." — Lara S.