Articles
Kaeli Conforti is a digital nomad and has been backpacking solo around Southeast Asia, Australia and New Zealand since January 2018. She loves inspiring others to travel the world and create their own adventures.
Follow
Aug. 12, 2018
•
7 min read 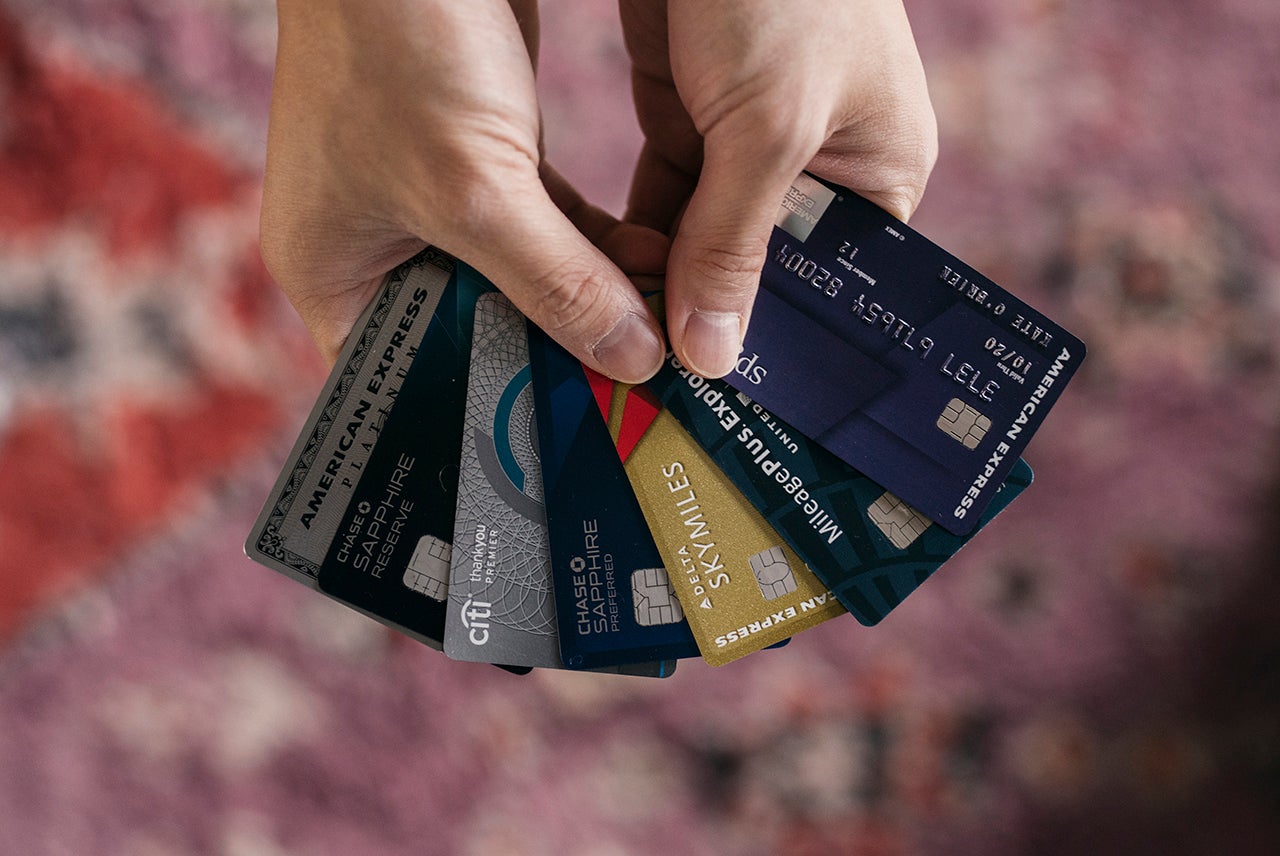 We recently asked our TPG Lounge readers if anyone was originally against using credit cards, and if so, what it was that eventually changed their minds. Here’s what they had to say. (Some responses have been lightly edited for style and clarity).

Many TPG Lounge readers said they'd been under the impression that credit cards would only lead to debt. That is, until they finally looked into it and realized that's not necessarily the case, that credit cards could be used wisely and result in incredible travel benefits...

"I didn’t have a credit card until I was 30. I was raised with the 'cash is king' mentality and short of a house or my one student loan, if I couldn’t pay for it in cash, I wouldn’t buy it. I have friends who are still paying off credit card debt from their 20s. The shift in mentality came when I travelled internationally, didn’t bring enough money and was without the ability to get more. I came home from Central America with $11 in my pocket. I opened my first credit card two years and four months ago, joined travel hacking groups six months after that and read and observed for another six months. In the past year, I’ve opened four personal and three business cards. The Southwest Rapid Rewards Plus Credit Card is now king." — Shanna M.

"My mindset on credit cards was that they were for people who didn’t have the cash for what they wanted. I paid cash for everything. My friend, who came from a much different financial background, enlightened me and said that there are benefits to using a credit card. Once I saw them, it was a no brainer, so influence and perspective from a genuine place helped me change my mind." — Rnrmdfss R.

"My eighth grade teacher said that credit cards were evil because I would get in debt for the rest of my life. I believed that until college, then realized all you have to do is pay off the balance in full every month and you'll reap all the benefits. I've never gone back to debit." — Boris G.

"I was raised being told that credit cards are bad because they encourage people to spend money they don’t have and you pay a lot of interest. I was never told you can get points by using a credit card and that you don’t have to pay interest if you pay it off. My fiancé explained how he does everything on a credit card and never puts anything on there that he doesn't already have the cash for. He explained points and miles to me as well and made me watch the film Up in the Air. Now I’m hooked and I’ve tried to educate my family." — Colton B.

As long as you're paying attention, paying off your bills and taking things easy (read: not spending too much with credit cards if you know you can't afford it), you're doing it right.

"My husband was [against credit cards] when we first met and I changed his mind. His family history had taught him that credit cards were a necessary evil for when you had to make a purchase you couldn't afford, but because of the interest you should avoid them as much as possible. I used a basic 1% cash back card for everything and even sticking with a modest college student budget, I was getting a cash back check every two to three months, all while being able to pay off the card in full and never getting charged interest. That's what convinced him credit cards could be used safely." — Anthony W.

"I was against using credit cards because it was too hard to budget when we bought things and we kept racking up debt. Then I got a Mint account and everything changed. IT has a setting that allows credit card payments to be excluded from the budget, which is perfect for people who charge to the cards and pay them off every month. I have 10 cards (my husband has three or four more in his name) and they all go into our Mint account so we can track our budget. Now we rack up points without going over our budget or paying interest and can maximize our earnings by using whatever card works best for each purchase." — Mary S.

Getting Into the Points and Miles Game

Whether it's being able to cash in those precious points and miles for free flights or swanky hotel stays, getting into the game helped to change these TPG readers' perspectives.

"My girlfriend was already convinced on her own, but when I explained points cards as being like 'travel savings accounts,' I think she liked the idea better." — Marc L.

"I always used my debit card and saved credit cards for emergencies. I didn't start using a credit card for all of my spending until a friend told me to get a Southwest Airlines card. Once I earned that sign-up bonus, I began researching on TPG and was hooked. Never looked back and now credit cards are my life. Best decision I've ever made." — Becky B.

"I used to be against cards with an annual fee until I realized a benefit like a free night actually saved me money." — Mike M.

It's always nice when TPG readers say they ended up learning about credit cards and points and miles from our site. For these folks, finding TPG truly helped them see the light.

"I have always been financially responsible and only bought things I could afford with the available cash in hand. I signed up for credit cards when I was thinking about getting out of the military. I wanted to continue traveling but was afraid I wouldn't be able to afford it. After doing some research and stumbling on Brian Kelly's blog, I decided to give miles and points a shot. I love it!" — Paul T.

"In my early twenties, I ran up credit card debt and to pay it off, I had to put myself on a strict budget for four years. After I paid it off, I refused to use credit cards until I had to start traveling for work. I began doing research on the best strategies for credit cards and business travel, and that's how I found TPG in 2011, who explained the ins and outs of this hobby while also stressing the importance of paying the balance in full every month. Since then, I've racked up tons of points and miles through sign-up bonuses and spending — not overspending since I only buy what I would've bought with cash anyway — and have not accumulated any credit card debt." — Shana G.

Related stories
These Amex Offers will save you money and make life easier right now
Delta SkyMiles Reserve Amex card review: Loads of perks plus a 95,000-mile offer
Monthly checklist: Credit card perks and benefits you should be using in October
American Airlines CEO says he doesn’t know if partner JetBlue has lie-flat seats
Editorial disclaimer: Opinions expressed here are the author’s alone, not those of any bank, credit card issuer, airline or hotel chain, and have not been reviewed, approved or otherwise endorsed by any of these entities.