Articles
Kaeli Conforti is a digital nomad and has been backpacking solo around Southeast Asia, Australia and New Zealand since January 2018. She loves inspiring others to travel the world and create their own adventures.
Follow
Sept. 23, 2018
•
9 min read 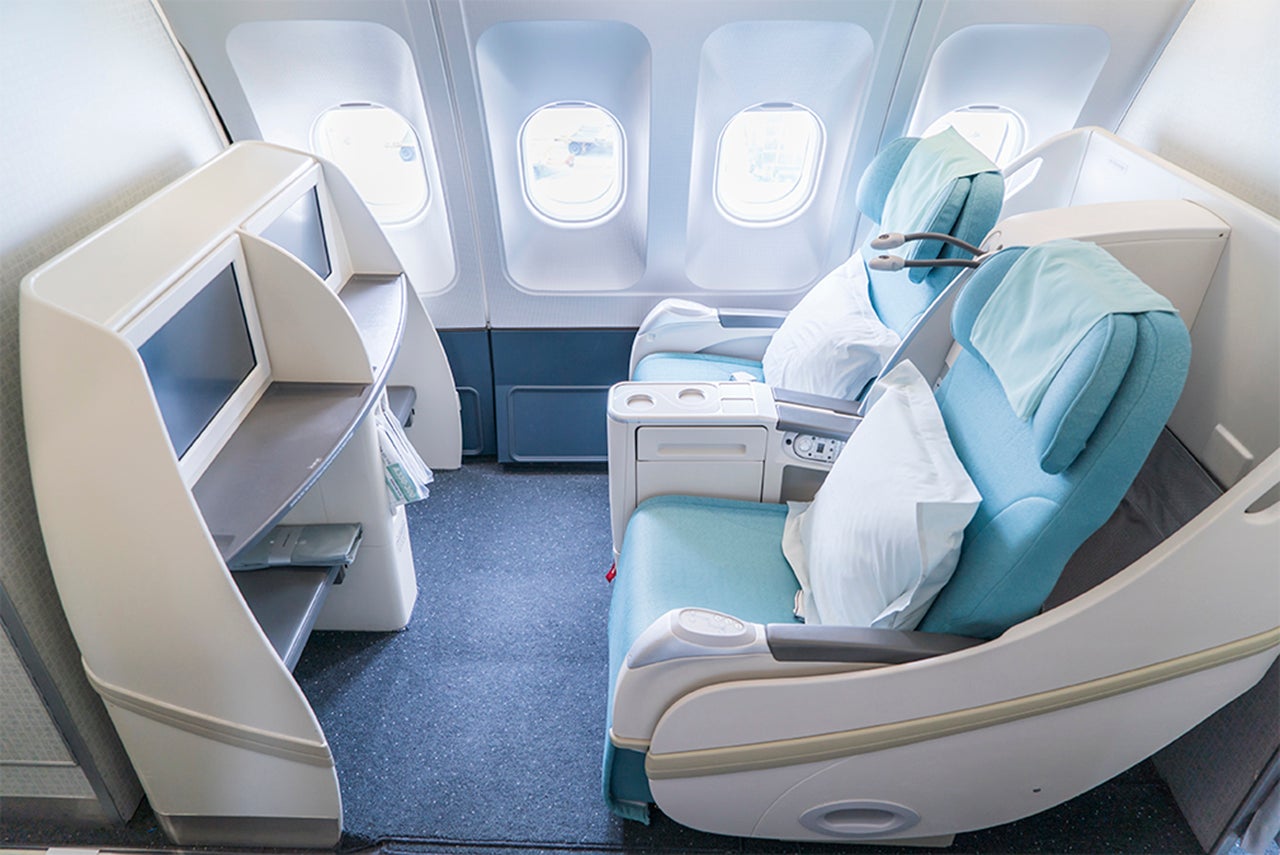 We recently asked our TPG Lounge readers to share their best award flight redemptions of the summer. As always, there was a wide range of responses, from folks who flew all over the world — and in some pretty impressive seats. Here’s a look at some of our favorite answers. (Some responses have been lightly edited for style and clarity).

Whether our TPG readers were taking advantage of special promotions or choosing to redeem their hard-earned miles for long-awaited dream trips, they definitely took some amazing flights to Europe this summer...

"I would have to saying [sic] booking British Airways first class with my points from the Iberia promo, I spent $473 and got a first-class ticket from Copenhagen (CPH) to Seattle (SEA). Also used 27,000 miles for an open-jaw ticket from Orlando (MCO) to Frankfurt (FRA) and CPH to MCO with the 60,000 Delta sign-up bonus. It was pretty nice to get two round-trip tickets to Europe out of it." — Kevin B.

"That insane Iberia promo that seemed too good to be true wasn't. I booked two round-trip business-class flights to Spain with it and had more than enough miles left over for some domestic trips booked via AA, all for the cost of about two one-way economy tickets. The timeframe I was looking at was off-peak so the business-class round-trips only cost me 68,000 miles each, I believe." — David K.

"Round-trip from Omaha to Amsterdam this April for only 60,000 miles and $57! Then, I used my free companion fare from my Platinum Delta SkyMiles® Card from American Express for my buddy and I to go to San Diego in July. I also redeemed for a trip from Omaha (OMA) to Munich (MUC), then MUC to Amsterdam (AMS) and AMS to OMA for 85,000 miles and $125 and depart in a month!" — Chris B.

"30,000 Membership Rewards points for round-trip economy on Air France from Atlanta to Paris. I originally managed to buy one of the La Premiere mistake fares from LAX-LHR [Los Angeles-London] but after the airline canceled the reservation without notice and without a trace, I called to ask about it. They credited my account with 20,000 FlyingBlue miles for the inconvenience, making a 50,000-mile redemption only cost 30,000 miles!" — Andrew B.

"Your site snagged me a United round-trip from Newark to Madrid for $455, plus two GPUs means business class all the way!" — Eric S.

"53,000 SPG points each for my wife and I to fly Emirates in business class to Milan. We're going in less than three weeks!" — Chris A.

There's nothing like flying long-haul to Asia in style. This group of TPG Lounge members opted for first-class flights on ANA, JAL and Korean Air, among others, while another cashed in Asia Miles for an upcoming flight on Cathay's A350-1000...

"I'm flying in Delta One from Detroit to Nagoya, Japan, which I booked through Virgin Atlantic with the 30% bonus from American Express. I also have a domestic connection in first class to get to Detroit, so they tack on a little extra charge for that. Just over 60,000 Membership Rewards points and $5.60 in taxes." — Henry B.

"A round-trip first-class flight from California to Tokyo on ANA! I transferred 110,000 Ultimate Rewards points to Virgin Atlantic Flying Club, which made the reservation for us on ANA. Booking the same flight with United would have cost us 220,000 UR points. Additionally, we got our points from the Chase Sapphire Reserve sign-on bonus. The fuel and taxes came to about $50 per person, which was reimbursed via the CSR travel credit. In a way, we almost didn’t pay anything for first class revenue flights that were normally $22,000 each." — Darrick H.

Trips to Africa and the Middle East

Some TPG Lounge readers used their precious points and miles to head to dream destinations like South Africa, Dubai and the Maldives. Here's how they did it...

"Los Angeles to Paris to Nairobi for 65,000 miles in Air France business class for next summer. Then Dar es Salaam to Dubai to Los Angeles in business on Emirates with private car service to/from the complimentary hotel in Dubai and a private car home when we hit LAX. Not great at 117,000 miles per person, but that's for a six-hour flight and a 17-hour flight in biz on Emirates. Woohoo!" — Paul L.

"160,000 from St. Louis-Cape Town-Mauritius-St. Louis in business class with a free Category 5 stay in Cape Town almost all with the Marriott travel package." — Jim H.

Getting Tropical in Hawaii and the Caribbean

And finally, the only way to make an island getaway better is to get there for free — or for almost free. These TPG readers did just that.

"A first-class flight to Jamaica for our annual romantic trip. I, of course, don’t use miles for my flights, so I got MQMs from Delta." — Regina P.

"Two round-trip first-class tickets on Delta to Grand Cayman for 50,000 with five nights at Grand Cayman Marriott Beach Resort for 125,000 and taxes and resort fees totaling $450. Not too bad." — Joe V.