Articles
Kaeli Conforti is a digital nomad and has been backpacking solo around Southeast Asia, Australia and New Zealand since January 2018. She loves inspiring others to travel the world and create their own adventures.
Follow
March 24, 2019
•
8 min read 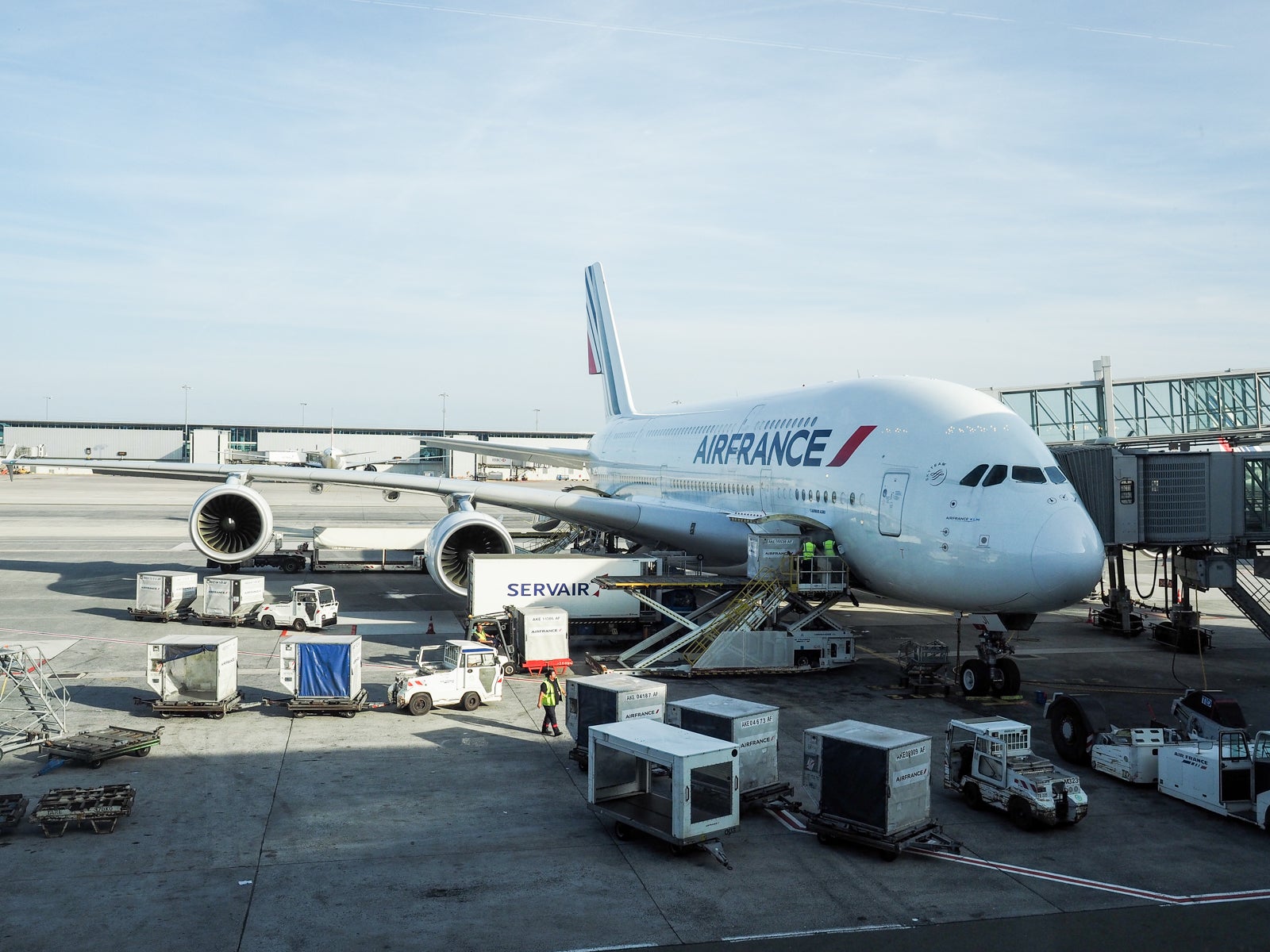 We were feeling a bit nostalgic a few weeks ago on the heels of news that the A380 program would be coming to an end, and it turns out we weren't the only ones. We asked the members of our TPG Lounge to share their best A380 award redemptions, and as always, we were impressed by their experiences. Here’s a look at some of our favorite answers. (Some responses have been lightly edited for style and clarity).

Whether it was an upgrade to business class or a points-and-miles splurge to fly in first, it sounds like our TPG Lounge members definitely enjoyed the Emirates A380 experience.

"90,000 old SPG points transferred to JAL for Emirates first class from Singapore to Dubai to Los Angeles (SIN-DXB-LAX) with a seven-day stopover. Worth every point!" — Kelly W.

From the sheer splendor of Etihad's Apartment — who wouldn't love a shower at 30,000 feet? — to memorable moments in first class on Qantas and American Airlines, it's no wonder Oneworld carriers fared so well with our TPG Lounge audience.

"Etihad's Apartment from Abu Dhabi to New York (AUH-JFK) last April. Booked it right before they stopped the Chauffeur service. Transferred Citi ThankYou points and AMEX Membership Rewards points to Etihad: 247,000 points for two. Not the best redemption but the flight was awesome." — Gary W.

"My wife and I just flew Etihad in first class to the Maldives! Best 230,000 AAdvantage miles ever spent." — JP G.

"First class from Sydney to Los Angeles for 60,000 AAdvantage miles, and meeting Sofía Vergara and Ed O’Neill, who were in first class flying back from shooting an episode of Modern Family in Australia." — Bill Z.

"Unicorn. Two tickets in Qantas first class from Los Angeles to Melbourne for 62,500 AA miles each with my then eight-year-old daughter, six years ago." — Jordan W.

"Qantas in J class from Dubai to London, my first-ever [time in] business class." — Prince J.M.U.

"Qantas from Dallas to Sydney (DFW to SYD) in business class, back when the miles redemption was 55,000." — Seth B.

"Asiana First from Seoul to Los Angeles (ICN to LAX), with United miles. I still wear the pajamas they gave me." — Trever S.

"160,000 from Los Angeles to Hanoi, then Singapore to Los Angeles on Asiana in A380 business class, using United miles." — Alberto G.

"United miles for Lufthansa business class from Berlin to Portland via Frankfurt and Houston." — Kent I.

"92,000 American Express Membership Rewards points in total to Virgin Atlantic for two Singapore Suites redemptions (the old version) on Auckland to Singapore and Singapore to Auckland, when SQ somehow allowed partner access to O class inventory and I had fortuitously transferred over Membership Rewards points to Virgin’s program during the transfer bonus period! Amazing experience! The private room ex-Changi was cool, too!" — Vignesh K.

"Took the trip of a lifetime in Singapore Suites from Los Angeles to Tokyo [and back]. The first-class Star Alliance Lounge in LA was unbelievable! Best experience ever!" — Lenore S.R.

"I used 50,000 KrisFlyer miles for the new Singapore Suites from Shanghai to Singapore. I had the entire cabin to myself and experienced the double suite. Best flight of my life!" — Alex G.

While hardly any members of the SkyTeam alliance came up among our reader responses (and Korean, one of the most popular, is much less attainable now), there were a few folks who praised Air France for being their best-ever award redemption aboard an A380.

"75,000 Delta SkyMiles on Korean Air from Seoul (ICN) to Atlanta (ATL) in business class. It actually included a front-end from Brisbane (BNE) to Seoul (ICN) as well, but that was on an A330." — Justin M.

"My very first award redemption, Air France from Los Angeles to Paris (LAX-CDG). It's in economy, but we upgraded our seats to the upstairs 2-4-2 section!" — Randall C.W.