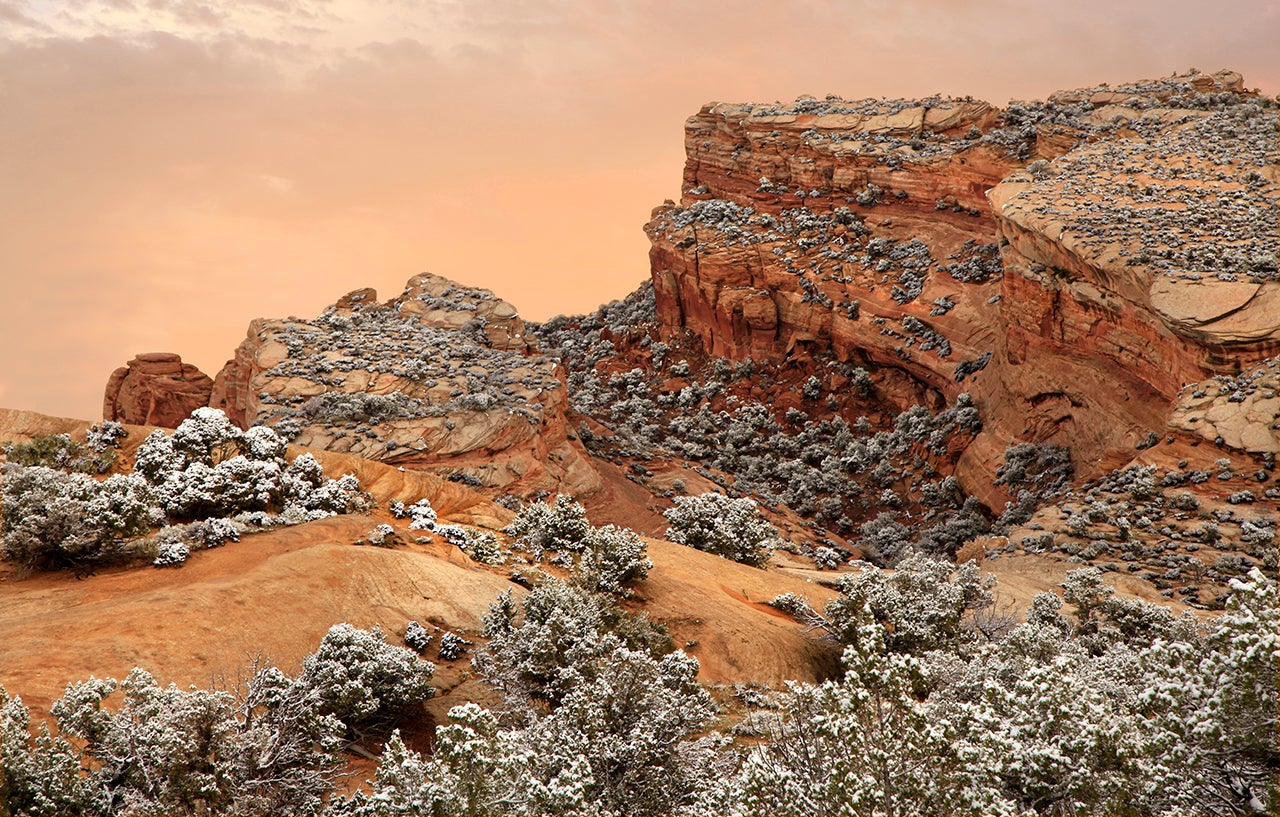 Tourists Mistakenly Throw Dinosaur Tracks into Lake at a Utah State Park
This post contains references to products from one or more of our advertisers. We may receive compensation when you click on links to those products. Terms apply to the offers listed on this page. For an explanation of our Advertising Policy, visit this page.

Red Fleet State Park is having an issue and needs your help: If you are visiting the Utah state park and you see an imprinted rock, please leave it alone. Tourists at Red Fleet State Park have been removing dinosaur tracks imprinted in sandstone and throwing the pieces into a nearby reservoir, AP reports.

Red Fleet State Park is home to hundreds of dinosaur tracks that are believed to be more than 200 million years old. Over the past six months, the dinosaur track site has been vandalized, and the rocks have been heavily damaged as a result of visitors throwing these prehistoric rocks.

The park’s manager, Josh Hansen, told The Salt Lake Tribune that he caught one tourist tossing rocks into the lake, and was able to save two imprinted tracks from being destroyed. When the rocks are thrown into the water by people, they sink to the bottom of Red Fleet Reservoir— or worst— they are entirely destroyed.

Utah Division of State Parks Spokesman Devan Chavez said this is a "big problem" for the park. According to reports, Chavez noted that his conservative estimate is that at least 10 of the larger, more visible footprints have disappeared over the past six months.

As of now, preserving the sandstone is a top priority for Red Fleet State Park officials. Red Fleet State Park released a statement saying that displacing these prehistoric tracks is considered an act of vandalism and illegal. Thus, the park has placed signs stating do not disturb or throw any rocks at the site.