These Are the Most Disease-Spreading Airports in the World 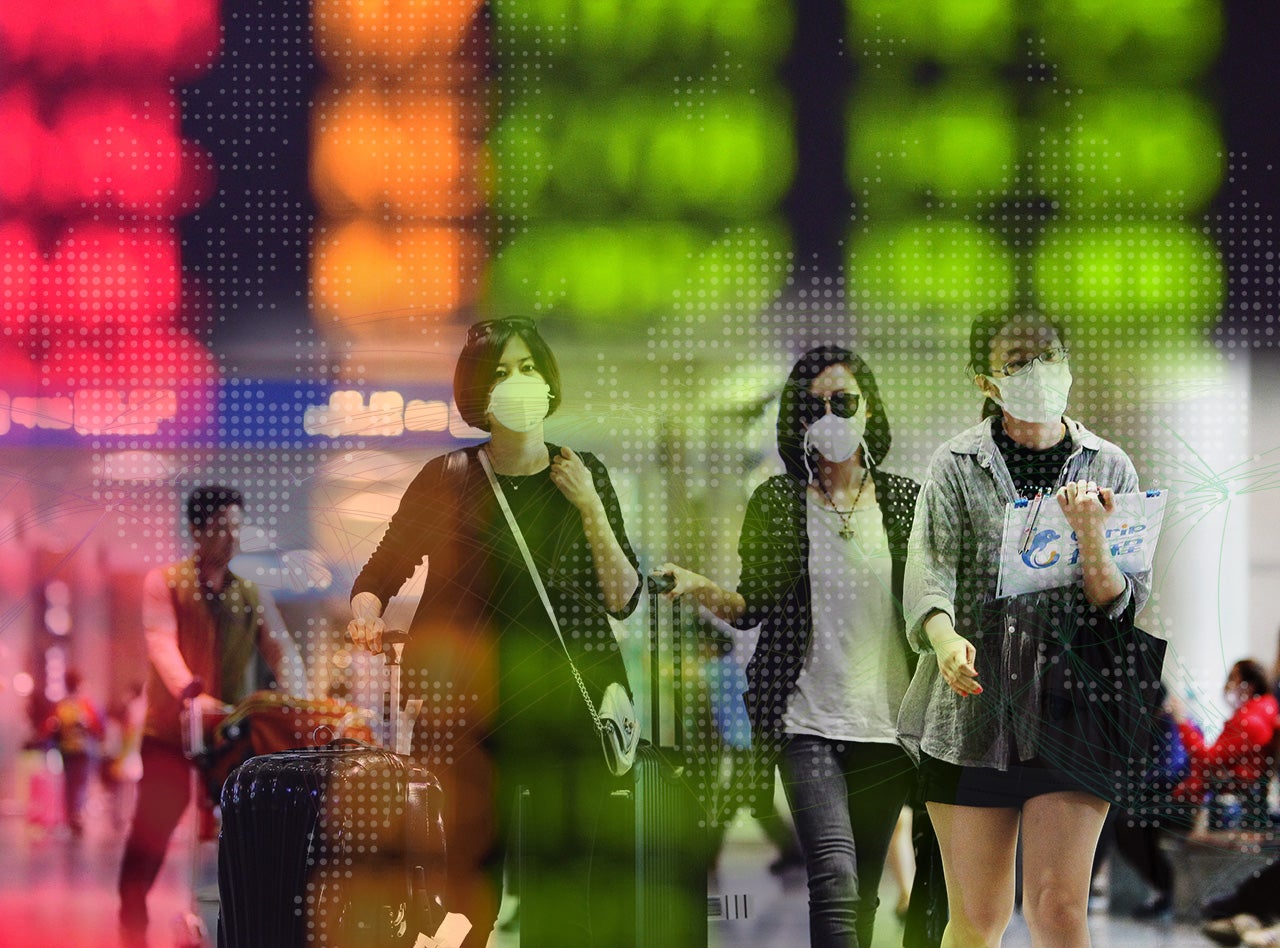 These Are the Most Disease-Spreading Airports in the World
This post contains references to products from one or more of our advertisers. We may receive compensation when you click on links to those products. Terms apply to the offers listed on this page. For an explanation of our Advertising Policy, visit this page.

When it comes to spreading disease, not all airports are created equal.

The role air-travel hubs play in the spread of contagion is already well known — there's even a specific strain of malaria called airport malaria, spread by a kind of disease-carrying mosquito that sneaks onto planes and infects flyers and people who live near airports.

Certain airports, though, are prime suspects when it comes to being accomplices to epidemics, the gateways by which viruses, bacteria and other disease-causing nasties travel from person to person, city to city and country to country alongside unwitting business and leisure passengers. But the most dangerous airports are not always the ones you'd think.

A study by a research team at the Massachusetts Institute of Technology found that the biggest airports in the United States, at least in terms of passenger volume, aren't actually necessarily the most likely to become the prime movers of a pandemic (an epidemic that spans the globe).

"JFK is a very influential spreader, for instance, because it has high traffic and many long-distance connections worldwide, but unexpectedly, Hawaii is a very influential spot for starting a disease," lead researcher Christos Nicolaides, a fellow at the MIT Sloan School of Management and lecturer in business and public administration at the University of Cyprus, said in a telephone interview.

(In case you were wondering why this study came out of a business school, the original purpose of the study was to determine the most efficient way to stop the spread of an epidemic by strategically shutting down fewer, more influential airports, rather than many airports without taking into account which actually help spread the disease. It was published in 2012 in PLOS ONE, the peer-reviewed open-access journal of the Public Library of Science, and covered only major American airports.)

In the study, the world's busiest airport, Atlanta's Hartsfield-Jackson International (ATL), ranked only No. 8 on the top 10 list of airports that would spread disease. Honolulu's Daniel K. Inouye International (HNL), on the other hand, ranked No. 3, behind only Los Angeles International (LAX) and New York-JFK, which was No. 1. To further highlight how irrelevant passenger volume was in the rankings, consider this: According to the Department of Transportation, ATL saw around 90 million passengers in 2017; HNL saw fewer than 15 million in the same period, or less than a sixth of Atlanta's traffic.

"Honolulu is strategically located in the middle of the ocean between two continents, so this was the main contribution," he said. "With Atlanta, the volume is very high, but (...) most of their volume is not coming from international destinations, and it isn't a high-traffic spot for international travel compared to Honolulu. In two weeks from Honolulu, individuals can be in many places in both Asia and America.

The same logic applies to Nicolaides and his team's current study, which takes their pandemic model and applies it to some 6,500 airports around the entire world. Another critical factor? Whether the airport sits in a city or country that, because of, say, geographic happenstance, is a popular layover spot for longer international flights — think of an island that's a convenient location between two continents.

One of the top-ranking airports in the world was Iceland's Keflavik International Airport (KEF), a popular waypoint for flights between North America and Europe.

"Yes, Iceland is high on our list, and it's in the middle of the ocean and [adheres to our model regarding] geographic location and how far the infected individuals can travel from the spot they were infected," he said. "Honolulu or Iceland are on those lists because they can transmit the diseases all over the world because of the high, high diversity that they have."

And you could probably find a clue to what the new study's results might look like by glancing at the figures for airports with the most international traffic in the world: Cough into your sleeves, Dubai (DXB), London Heathrow (THR), Hong Kong (HKG), Amsterdam Schiphol (AMS) and Paris Charles de Gaulle (CDG)!

One problem with the MIT study, however, is that it's a one-size-fits-all model that doesn't take into account the peculiarities of specific contagions — no matter how international the Keflavik airport is, you can't expect malaria to top the menu of diseases in a town with a year-round mean temperature of 41 degrees Fahrenheit.

Another PLOS ONE-published study, funded by the National Research Foundation of Korea and released in 2013, studied the theoretical spread of dengue fever, the most prevalent mosquito-borne disease in the world, and one that's been spreading steadily because of modern travel. Like Nicolaides, the researchers learned that the volume of passenger traffic an airport gets doesn't translate to being more susceptible to spreading a disease. But, by taking climate into consideration — as a tropical disease, dengue's most prevalent near the equator — they found that Brazilian airports — Congonhas in Sao Paulo (CGH), Brasilia (BSB) and Guarulhos, also in Sao Paulo (GRU) — were the top three most dangerous airports to stop over in for those trying to avoid the disease, with Southeast Asian, South American and Indian airports filling in the top 20. Among airports in the US, Miami (MIA) ranked the highest at No. 31, between Taipei (TPE) and Dubai (DXB). New York-JFK, which topped the MIT study's list, came in at a still-worrying No. 86 for dengue, despite being well outside of the disease-carrying mosquito's preferred habitat.

For travelers, of course, simply not flying to an airport because it carries an increased risk of infection isn't really an option. The solution, then, is to adhere to the basic rules of minimizing your risk of catching or spreading a disease when you're in public: Wash your hands, avoid coming into contact with all bodily fluids, try to keep at least 6 feet away from people who are exhibiting symptoms of a disease, avoid touching your face when your hands aren't clean, and consider wearing a mask.

Even Nicolaides said he swears by the basics.

"Yes, I would say that since my research I am now washing my hands in public places a lot more," he said, chuckling.

Our points-obsessed staff uses a plethora of credit cards on a daily basis. If anyone on our team wouldn’t recommend it to a friend or a family member, we wouldn’t recommend it on The Points Guy either. Our opinions are our own, and have not been reviewed, approved, or endorsed by our advertising partners.
See all best card offers
Related stories
News
How my unused Alaska Companion Fare saved a co-worker nearly $700 on summer travel
News
American adds 2 new interesting domestic routes from DC, New York
News
An epic loyalty program perk offered by 3 cruise lines is about to disappear
News
Bilt Rent Day is back on Feb. 1 with bonus points, a 100% transfer bonus and more