These Are the Control Towers of the Future 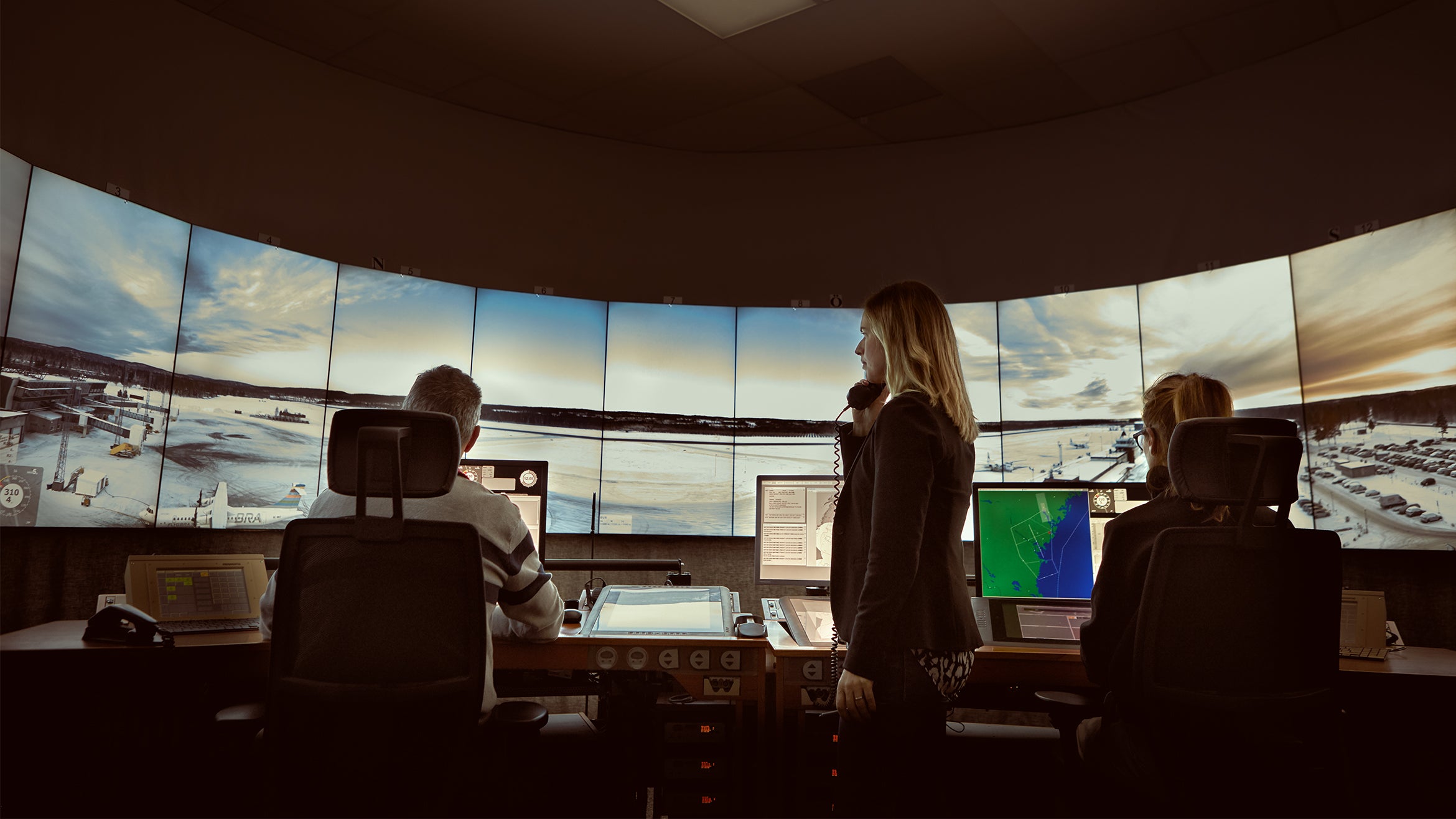 These Are the Control Towers of the Future
This post contains references to products from one or more of our advertisers. We may receive compensation when you click on links to those products. Terms apply to the offers listed on this page. For an explanation of our Advertising Policy, visit this page.

At airports across the world the control tower is one of the most easily recognized buildings. Taller than any other building normally — and often beautiful in design — control towers are one of the airport's most visual symbols. These towers are used to house Air Traffic Control officers high off the ground, providing them a bird's eye view of the airport. Perched well above the hustle and bustle the rest of us have to deal with, the ATC are our eyes in the sky to keep the constant shuffle of inbound and outbound aircraft orderly and safe.

These icons of air travel are now facing their own kind of digital revolution — something the rest of us experience on a daily basis but has skipped over these towers for decades. New technology is on the rise to allow airports to manage all those moving aircraft without having to physically climb to the top of the airport.

A new system commonly referred to as a virtual tower is gaining a foothold in the aviation industry. If the latest report from the IATA is any indication, the new technology couldn't be coming at a better time for global aviation. As airports support more flights and expand their overall physical footprint, it can become hard to see in real time every corner of the airport and the ground traffic.

The premise of the virtual tower is simple: Instead of having a single high-rise tower, the system relies on digital eyes — mainly hi-def cameras — being positioned at the airport. This gives the ATC officers the ability to see the entire airport without having to be in a tower or even located at the airport. According to Avinor Air Navigation Services, by 2020 15 airports in Norway will be completely controlled by a single remote location.

Just this week, Cranfield University — one of a handful of universities to own and operate its own airfield — became the first in the United Kingdom to operate a digital tower. The new digital control tower is just one part of the university's Digital Aviation Research and Technology Centre (DARTeC). DARTeC represents a £67 million investment by the university to study aviation technology including drones, increased efficiency at airports, and the use of self-aware technology in aviation. The center is scheduled to fully open in 2020.

London City Airport is also on board with the new tech, installing the new system as a part of its modernization and expansion according to Per Ahl, head of marketing and sales for Saab Digital Air Traffic Solutions.

In virtual towers, controllers will use a set of digital displays — the size of which would make any gamer envious — to replicate a view of the airport as if the controllers were sitting in a tower onsite. With the human eye being replaced with digital ones, controllers will have the ability to zoom in to certain areas easily, use infrared technology to overlay on the display in low-light or low-visibility situations, and display aircraft transponder information directly on the screen.

According to Mr. Ahl, this new technology is going to provide a wide range of benefits to an industry sector that hasn't seen much change during the last 40 - 50 years. He says this new technology will allow tower operators to realize gains in efficiency and help stabilize costs for airports. New business models could arise around this technology, like 'ATC on Demand', allowing smaller airports with low traffic access to a digital control tower as needed instead of keeping an onsite tower fully staffed. This type of model could also be useful in situations where increased capacity is needed when emergencies or weather cause diversions to airports not equipped to handle high-volume traffic.

Mr. Ahl also says there are trial cases starting in Australia, the Netherlands and even in the United States.

The feedback from ATC officers and AFI (Aerodrome Flight Information) service officers has been positive since Saab began work on this technology back in 2006, Mr. Ahl was happy to report. ATCOs and AFISOs report the system is intuitive and easy to use. Others report enjoying being able to work with colleagues in a central control center instead of the isolation of working in the tower.

As with any new technology, regulations are struggling to keep up. Mr. Ahl stated that Saab is a part of many ICAO (International Civil Aviation Organization) working groups looking to address the standards for using this technology. As more data is gathered from the handful of systems in place and as Cranfield University operates its virtual tower, worldwide standards and best practices can be set for this new technology.

Worldwide air traffic is set to ballon during the next 20 years. This new technology will hopefully be a key in allowing airports and the officers who will control all that new traffic to operate safely and effectively.