The US Supreme Court Handed Amex an Anti-Steering Victory

Articles
Katherine Fan is a former senior travel features reporter at The Points Guy who covered everything from personal finance to travel and aviation.
June 25, 2018
•
4 min read 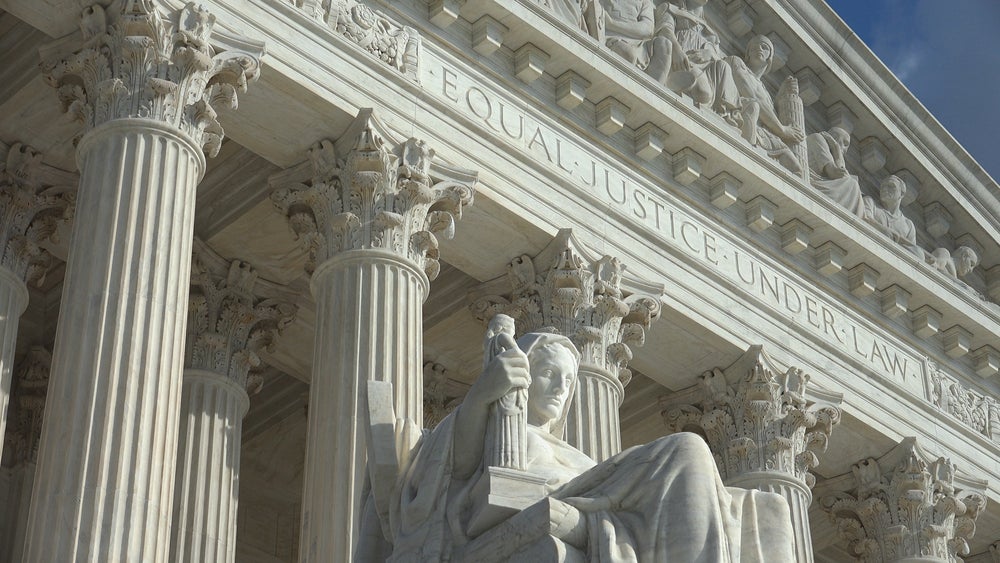 The US Supreme Court Handed Amex an Anti-Steering Victory
This post contains references to products from one or more of our advertisers. We may receive compensation when you click on links to those products. Terms apply to the offers listed on this page. For an explanation of our Advertising Policy, visit this page.

American Express scored a win Monday when the US Supreme Court ruled that the credit card processor did not violate antitrust laws in its merchant contracts. In a 5-4 ruling, the conservative majority of the Court stated that the "specialized nature of credit-card transactions justified what in other circumstances might have been anti-competitive conduct."

All credit card processors charge "swipe fees," which are a percentage of the total charge per transaction. American Express is well-known for charging a higher percentage than Visa or Mastercard, which has led some merchants to refuse Amex as a form of payment because major rivals Visa and Mastercard charge around 1% less than Amex, on average, per transaction. Retailers who accept Amex are contractually forbidden to suggest customers use competing credit cards that charge less – a process known as anti-steering. For instance, a coffee shop cannot incentivize its customers by offering a discount for using a Visa card rather than Amex to pay for a latte.

The attorney general of Ohio protested this clause in the Amex contracts, stating that the anti-steering provision blocks free market competition. The Ohio vs. American Express case, filed by Ohio and 16 other states, made its way through the court system, ending up in the Supreme Court in February 2018 after a lower New York court ruled in 2016 that American Express did not unlawfully stifle competition through its anti-steering provisions.

Supreme Court Justices Elena Kagan, Sonia Sotomayor and Stephen Breyer have sharply criticized American Express in the past. But on Monday, Justice Thomas said that credit card networks create “two-sided platforms,” which “differ from traditional markets in important ways," stating that because Amex services both merchants and consumers, and any decision regarding anti-competition must factor in the impact to both sides of the market. In upholding the American Express merchant agreements, Justice Thomas argued that the Supreme Court was indirectly protecting the premium benefits American Express offers its cardholders.

Justice Thomas was backed by Chief Justice John G. Roberts Jr. and Justices Anthony M. Kennedy, Samuel A. Alito Jr. and Neil M. Gorsuch. In a rare move symbolizing strong disagreement, Justice Stephen G. Breyer read his dissenting statement from the bench, stating that the implications of the ruling were detrimental to competition and business for a number of reasons.

“I particularly fear the interpretive impact of the majority’s discussion of what it calls ‘two-sided platforms,’ in an era when that term might be thought to apply to many internet-related goods and services that are becoming ever more important,” said Justice Breyer.

Retailers also weren't pleased with the ruling. “Today’s ruling is a blow to competition and transparency in the credit card market,” Stephanie Martz of the National Retail Federation told the New York Times. “The American Express rules in question have amounted to a gag order on retailers’ ability to educate their customers on how high swipe fees drive up the price of merchandise.”

The Supreme Court ruling marks the culmination of a multi-year legal battle for American Express, which began in 2010 when American Express, along with Visa and Mastercard, were sued by the states and the antitrust bureau of the Justice Department. The case alleged that the credit card processors' anti-steering requirements prevented merchants from leveraging competition to negotiate for flatter swipe fees. Visa and Mastercard settled their lawsuits several years ago and agreed to change their merchant rules, while Amex persisted as the sole defendant.

Although the Supreme Court ruling undoubtedly is a win for American Express, the marketplace impact of the decision may have longer-term ramifications for the credit card company. This past March, Amex announced its intention to lower merchant fees by about 2.37% worldwide – its lowest rate in nearly two decades. The decision is anticipated to help American Express expand into more locations that previously have been deterred by the steep cost of processing Amex transactions. According to the Financial Times, the fee reduction will cost the company about $585 million in profits, but new Amex CEO Stephen Squeri said the action was a “conscious tradeoff” in order to make Amex credit cards more widely accepted. As of March 2018, the Financial Times estimated that Visa and Mastercard were accepted by 1.3 million more US locations than Amex. That calculation includes the 1.5 million new US locations that began accepting Amex in 2017.

With additional reporting by Jessica Puckett.