The US Is Getting a New Passenger Airline, and It Takes off This Year 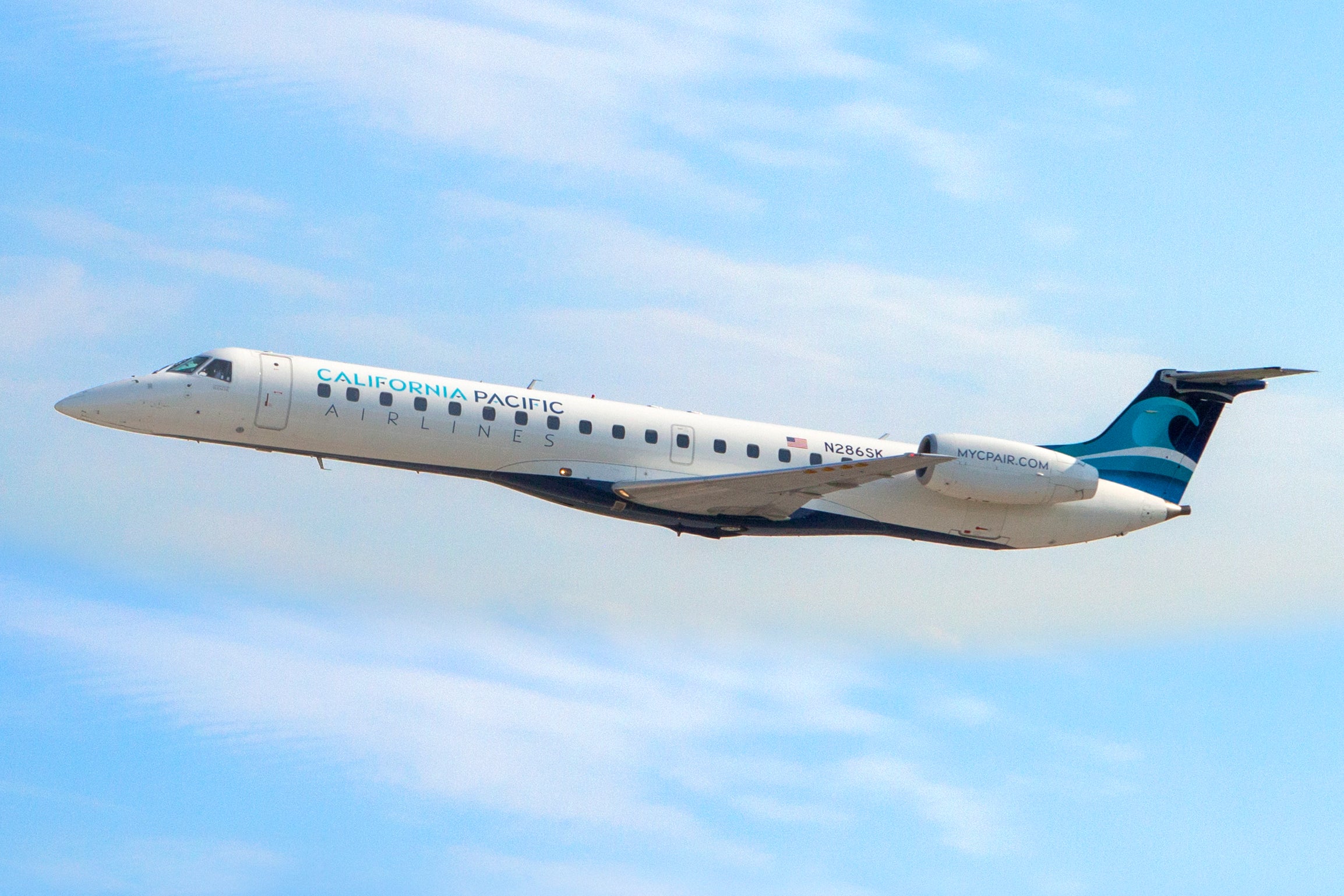 The US Is Getting a New Passenger Airline, and It Takes off This Year
This post contains references to products from one or more of our advertisers. We may receive compensation when you click on links to those products. Terms apply to the offers listed on this page. For an explanation of our Advertising Policy, visit this page.

The US is getting another airline. This one might be small, but it has big goals.

With just a fleet of four Embraer ERJ145s, California Pacific Airlines (CPA) has announced it will be launching flights this fall, stepping on the turf of US legacy carriers in cities in the Western US market.

The flight schedules are as follows:

California Pacific Airlines Chairman Ted Vallas said the routes will cater to both business and leisure travelers and will ease the friction of driving and dealing with a large international airports.

There are no other commercial airlines that currently operate commercial passenger service from Carlsbad. However, CPA will still compete against large airlines like Alaska, American, United, Southwest and even low-cost carrier Spirit, who operate out of nearby San Diego International (SAN). Southwest flies from San Diego to San Jose a whopping 12 times a day.

Fares between Carlsbad and San Jose and Las Vegas are pricing at $99 one-way and $198 round-trip — although prices to Reno are bit more expensive at $149 one-way or $298 round-trip for a non-refundable fare. Fortunately the airline offers two free checked bags and a small carry-on, a perk that mainline carriers have killed off.

Technically, CPA isn't a brand new airline. It's actually a rebrand of Aerodynamics, Inc. which offers scheduled passenger service and charter operations between Denver and South Dakota on routes subsidized by the Essential Air Service. SF Gate reports that CPA is the "brainchild of 97-year-old San Diego County resident and multi-millionaire Ted Vallas" and has been a project 10 years in the making. FAA regulations caused the upstart trouble getting operations off the ground. If the airline's successful, it may expand service to other western destinations like Oakland, Sacramento, Phoenix and Cabo San Lucas.

The airline will start out as a tiny player in a competitive market, using small regional jets to bounce around. It bears some resemblance to other regional carriers like Midwest Express with a sprinkle of California-based airline startup Surf Air.

CPA will fly passengers on an Embraer ERJ145, which its already tricked out in coastal-themed livery.

The interior of the aircraft is laid out in a 2-1, all economy configuration and will seat a total of 50 passengers.

The airline, whose fleets consists of four ERJ145s, will keep two aircraft on the West Coast for scheduled passenger service and another in Denver for the South Dakota flights. The fourth jet will be used as for charter service.

Airline spokesman Ryan Devita said CPA will be operate the South Dakota routes for the duration of the EAS contract, which is up for renewal in August 2020.