Articles
Danielle Vito As Social Media Producer, Danielle manages TPG's social platforms and writes travel content for the website. She is most likely planning her next Insta-worthy adventure as we speak.
Follow
Nov. 29, 2018
•
2 min read 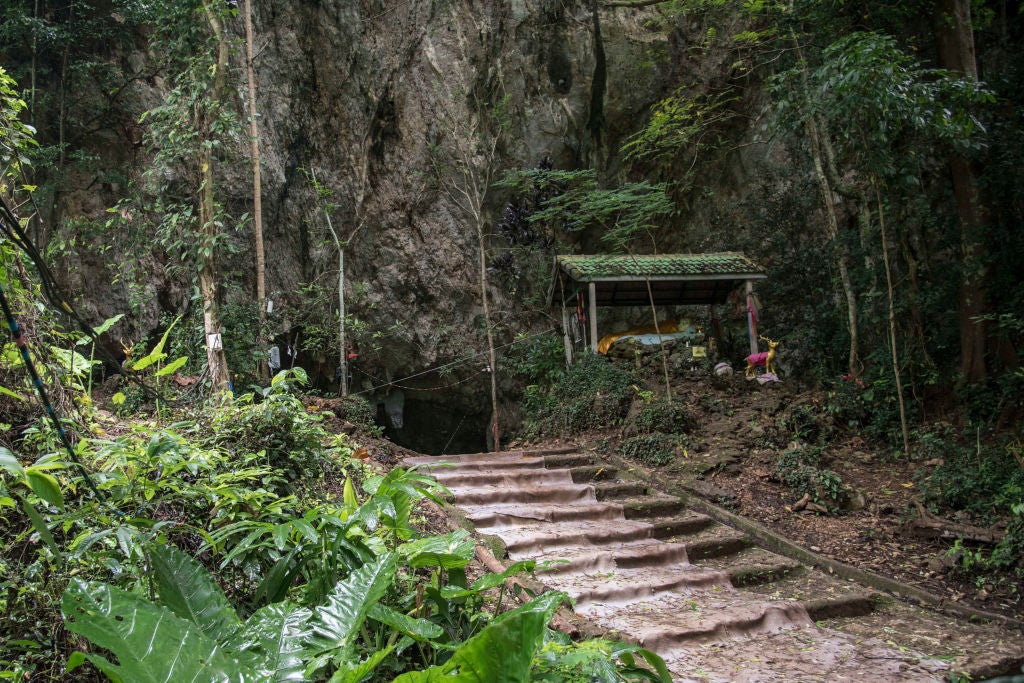 The Thai Cave Where 12 Boys Were Rescued Is Now a Popular Tourist Attraction
This post contains references to products from one or more of our advertisers. We may receive compensation when you click on links to those products. Terms apply to the offers listed on this page. For an explanation of our Advertising Policy, visit this page.
Sign up for our daily newsletter

An unexpected, new tourist hot spot has emerged in northern Thailand. Tham Luang-Khun Nam Nang Non forest park in Chiang Rai province has never been a must-see destination, but now, the once quiet area has people lining up for selfies. The reason? The park is home to Tham Luang cave, where the highly publicized rescue of a Thai youth soccer team took place back in July. The 12 boys and their coach were rescued 17 days after the cave flooded with water and trapped them inside.

The park reopened its cave complex on Nov. 16 and has received thousands of visitors since. More than 100 stalls have popped up along the road that leads to Tham Luang cave, selling everything from food to souvenirs. Although the cave where the boys were trapped remains closed and is only visible through a chain-link fence, three other caves in the park are open to the public.

Locals are excited to see the spike in tourism and the opportunity for job growth. “This is an amazing thing that has happened for the people in this area,” Vipa Romaneechutima, who sells lottery tickets near the entrance to the cave, told The Guardian. “People tried to make Tham Luang a tourist attraction before, many times, but it never became popular. Now it is famous all over the world because of the boys saved from the cave. We are not just happy because of the money from tourists. We are also very proud people want to travel here to see our beautiful park. It is an honor for us.”

The park will soon house a museum that will honor the rescue and pay tribute to the Thai navy diver, Saman Gunan, who lost his life during the rescue mission. For now, crowds lay flowers near the entrance of the cave in his memory.