The Points & Miles Backpacker: Meet the Bali 'Mafia' (And How Not to Deal With It)

Articles
Brian Biros spent most of the last 15 years backpacking through 100+ countries. He writes TPG's Points & Miles Backpacker column, so you'll more likely find him in a hostel than a Ritz, if you can find him.
Follow
Aug. 27, 2018
•
10 min read 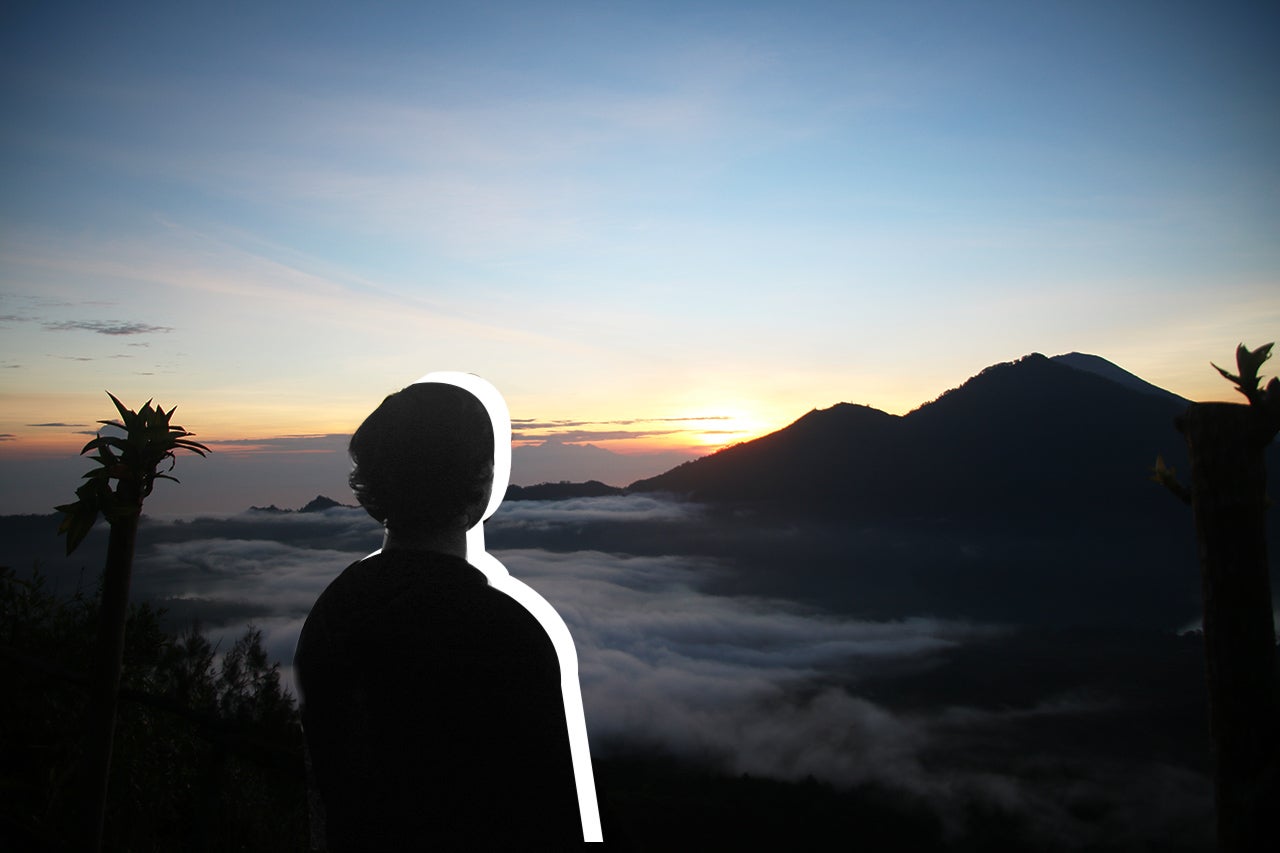 Today, I'm going to tell you a story. And like most good stories, there is a lesson. This story took place in Bali on the famous Mount Batur sunrise hike. You'll find this hike on most Bali "to-do" lists, and despite the masses of tourists, questionable operations and inflated cost, I do believe it has earned its spot. Here is some background info on the hike, some of which would have made my day slightly less interesting if I had known beforehand.

I booked my tour to Mount Batur with the Uber driver I used from the airport because he had already booked a couple from Ukraine, Maria and Igor, and we'd all split the cost. I did a meet and greet with Maria the day before the hike and we went over an itinerary. I also told her what I had heard about the hike, including the little bit about the "local mafia," which may have been a mistake.

Little did I know, my driver had either never taken clients to this hike or had a poor memory of it, because he did not know about the mandatory guide hire at the base of the mountain when we arrived. I wanted to be sure we weren't getting taken, so I checked with many of the other groups climbing Batur to verify everyone else had to pay this fee. When I was convinced the fee was unavoidable, I returned to the permit office with Maria to get sorted. As the man working the desk took my money and recorded our names, Maria piped up with a smile:

She might have been making a joke, but it didn't land as such.

At that moment, everything stopped, including my heartbeat.

"What did you say?" asked the man sitting at the desk in a tone that indicated he did know the answer. He turned to glare at her, and his body and voice rose. "This is a legitimate government operation! Do you see these forms?! Do you see these permits?!!" He pointed to a stack of paper with boxes and names scribbled inside of them that screamed legitimacy. "WHO DO YOU CALL MAFIA?!!"

By this time, he had attracted the attention of other, um, officials. They became equally upset and joined in the verbal assault. One man, who identified as a lawyer but more closely resembled a goon, turned his attention to me. "You all go home! Why do you call us Mafia?? Get out of here!!"

I wanted to mitigate the situation, but my first step was distancing myself from Maria. I made it very clear I was not with this person, only part of the same tour group, and I said everything with an exaggerated American accent that didn't sound at all like hers. Our driver came over to try to calm the situation as well, but didn't have much more success. Tempers were not cooling, but the officials eventually did isolate the offender. "You didn't say 'Mafia.' You can climb," the desk worker said to me and Igor. Then he turned to Maria, "You said 'Mafia!' You cannot climb!"

Maria was apologetic and pretty embarrassed about her horribly failed joke. We ushered her away and tried a few times to get the man she offended to allow her to apologize and proceed with the climb. He would agree, and we would wave her over to apologize, then he would start yelling at her again. After this happened a couple times, it became clear he had no intention of letting her climb and was only seizing the opportunity to berate her more. After he called her a "Russian terrorist," we knew permission to climb the volcano wouldn't follow, so Igor and I paid for our guide and left the area.

Igor then devised a plan which I very reluctantly went along with. Maria would sneak onto the trail with another group under cover of darkness, and Maria and Igor would walk behind our guide and me quite a bit, meaning I could claim I didn't know she was there if we were caught. Our guide was an innocent local teenager, like all the other guides I saw, and their youth and inexperience didn't lend much credence to the "safety" reasoning behind the mandatory guides. We were pretty sure he didn't know about the fiasco at the registration desk.

When I began the hike and the couple trailed behind on the crowded path, my guide offered to put me with a faster group, and I jumped on it. I was finally free of the situation. It's frightening to think about how much worse things could have been if they found Maria hiking the mountain. But, luckily, everyone made it up the volcano for the beautiful sunrise and down without further incident.

Let's examine what we've learned, particularly around the phrase "You are Mafia." If you direct this phrase to someone, there are two possible scenarios:

For simplicity, let's file "You are Mafia" right next to "Yeah, that dress does make you look fat" and "Can somebody play some Nickelback?" in the list of sentences you should never, ever say.

While it is true I passed along this reference of a "local mafia" to Maria, there is a big difference between using a phrase to describe a person or group and saying that phrase to them directly. Let's say, for example, you and I are at a festival, and I've worked my way into the VIP section. I then tell you there is a security guard in the back that isn't checking wristbands, so look for the lazy-eyed, mouth-breathing security guard in the back corner and walk right past him. When you find him, do not address him directly as the "lazy-eyed, mouth-breathing security guard." If you do, he'll tell you you can't come in.

So What is Actually Going On at Mount Batur?

I don't know, and the answer would vary greatly based on who you ask (but you may not want to). It is easy to imagine some local government official with unspoken financial interests giving the tour operators all the approval they believe they need. Just know that if you would like to view the magnificent sunrise from Mount Batur, you will have to hire a guide, and you may have to support a business you do not ethically agree with to do so.

Things Are Different Out There

Remember, when you leave the comforts of the USA, there are things at home you may take for granted that you'll need to reevaluate everywhere you go. From hygienic basics such as tap water cleanliness and plumbing reliability (like accepting toilet paper) to legal assumptions like law enforcement fairness and business legitimacy. If you have an ethical concern, it's safer to avoid the situation entirely than verbally assault the perceived offenders. Things may work differently here than you are used to. Or worse, the people you are offending are involved with people you really don't want to offend, such as the real local mafia.

If you're looking to back that pack up and get some guidance, send your questions to backpacker@thepointsguy.com !

NOTE: Brian Biros is off the grid until September 4th. He'll reply to any comments or questions then.

All photos courtesy of the author unless otherwise noted.