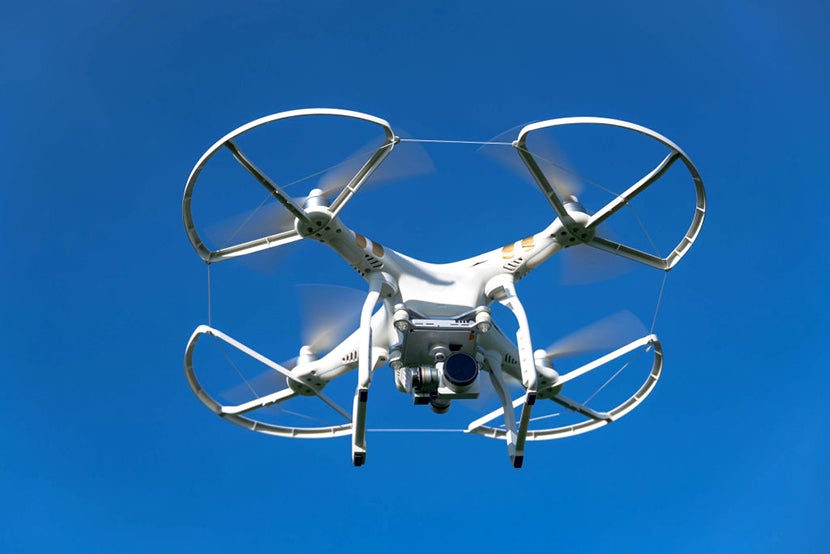 The FAA Is Hurting Lifesaving Drone Technology, Report Says
This post contains references to products from one or more of our advertisers. We may receive compensation when you click on links to those products. Terms apply to the offers listed on this page. For an explanation of our Advertising Policy, visit this page.

Drone technology that could save lives, fight climate change and improve the world is in jeopardy because of the Federal Aviation Administration's outdated rules and attitude, according to a report released this week by a committee of scientists and experts. The government is hurting development by treating drones like manned aircraft, it said.

"The lack of predictability and timeliness and the qualitative aspects of the current risk assessments are running the risk of stifling innovation," George Ligler, chairman of the committee assembled by the National Academies of Sciences, Engineering, and Medicine, said by phone.

The FAA said was taking the report into consideration.

"The report confirmed that the FAA executive team has a consistent approach to risk management," an FAA spokesperson said in an email. "The specific recommendations are aligned with FAA’s ongoing efforts, and we see them as an endorsement of our efforts and encouragement to accelerate our efforts, particularly in the area of change management."

Last fall, the FAA asked NASEM, the official collective national scientific academy, to provide it an objective analysis of its approach to the regulation of drones. This report, released Monday, was the result.

In it, the experts the National Academies selected said the FAA was being overly cautious in applying the same standard it uses for manned commercial aircraft to drones in situations nothing like those faced by commercial pilots.

"It's time for the FAA to evolve and move away from qualitative analyses based on safety-risk principles that the FAA has used for many years in manned aviation, and evolve to a more quantitative, predictable risk-assessment technique applicable to drone technology," Ligler, who is also the owner of the the computer consulting company GTL Associates, said.

According to Ligler, the FAA isn't being guided by hard data on drones, which is admittedly still in scant supply, but by what amounts to anecdotal evidence. The FAA points to the example of a collision between a Black Hawk helicopter and a drone off of New Jersey in 2017, for example, without taking into consideration how unique the incident was or that the drone operator was later found at fault and in violation of the FAA's so-called Part 107 regulations on small drones. He didn't address the collision between a drone and a Skyjet Aviation Beechcraft A100 in Quebec less than a month later, and the report was explicit that it wasn't addressing the possibility that operators could use drones to intentionally cause harm.

Worse than the institutional intransigence, the report continued, drones represented a potentially game-changing opportunity in rescue operations, environmental research, agriculture and more — and the FAA's current stance is only getting in the way. Potential applications included replacing humans in the dangerous job of inspecting cell towers, delivering medicine to people who can't get it themselves, precisely distributing fertilizer on farms, scanning the melting of sheet ice in the Arctic and more. In January, lifeguards in Australia used a shark-spotting drone to save two floundering swimmers when it dropped them a rescue pod.

"It is true, ineluctably true, that when you one more thing in the airspace, the level of risk in the airspace has to go up, but the current risk assessments don't take into account the benefits that improve the safety of the population as a whole," Ligler said. "Saving people's lives is a net positive."

The experts recommended streamlining the process for applying for permission to fly drones in areas away from airports and under 400 feet, putting more into researching how much of a risk autonomous drones would realistically pose, and being less opaque about the reasons why the FAA rejects drone applications. But the committee recommended that when it comes to drones near airports and other sensitive, air-traffic-dense areas, the same stringent regulations apply to drones as it does to manned aircraft.

"You can't have any Tom, Dick or Harry getting in a helicopter, hot air balloon or airplane, but pretty much anybody can buy a drone and put it up in the air," Ligler said. "There is that factor of making sure we've got the right rules, just as we don't have uninsured motorists without driver's licenses and without having taken driver's tests who don't understand the road signs out there driving cars."

The FAA spokesperson said it's aware it needs to modernize its approach to an industry growing by leaps and bounds month by month, and pointed to recent changes it's made in recent days, such as a new pilot program it's investing in that's exploring safety uses for drones, and its rollout of a real-time, automated system for applying to fly drones in controlled airspace.

Our points-obsessed staff uses a plethora of credit cards on a daily basis. If anyone on our team wouldn’t recommend it to a friend or a family member, we wouldn’t recommend it on The Points Guy either. Our opinions are our own, and have not been reviewed, approved, or endorsed by our advertising partners.
See all best card offers
Related stories
Deals
1 day only: JetBlue cardholders can earn double points
News
Hotel resort fees are out of control and need to end now
Deals
Fly to multiple cities in Europe for as little as $453 round-trip
Guide
Delta SkyMiles Reserve Business card review: Sky Club access and 100,000 miles