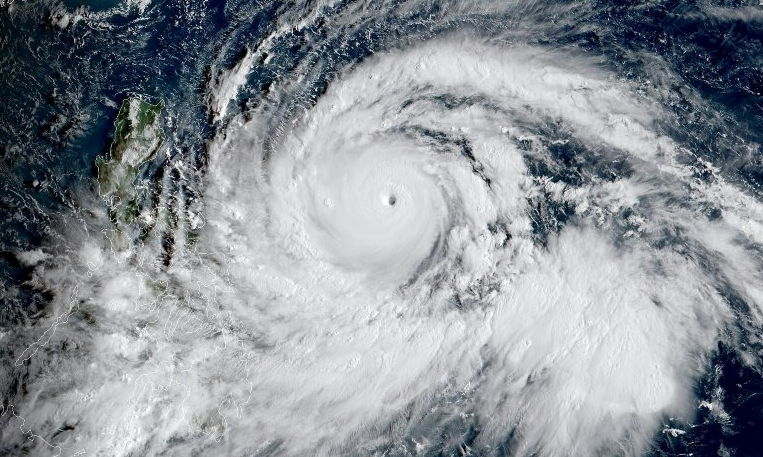 Super Typhoon Mangkhut barreled toward the northern Philippines Thursday morning. The massive storm hurtling directly to Southeast Asia clocked top wind speeds up to 180 mph — the equivalent of a Category 5 hurricane — and is expected to make a direct hit on Saturday on the Philippine island of Luzon, according to the Weather Channel.

Forecasters in the Philippines said Mangkhut's raincloud band was 560 miles wide, and the storm's intense rains could likely cause dangerous landslides and flash floods, the AP reports. Countries across Asia were issuing emergency alerts and evacuating citizens in the storm path. At least 25 provinces across Luzon had issued storm warnings — prohibiting sea travel and grounding all flights out of the area.

Philippine officials said that about 4.2 million people were in the destructive path near storm's eye, and authorities began evacuating the northern provinces on Thursday morning. Mangkhut has already ripped through Guam, where it caused floods and power outages.

Another smaller storm, Typhoon Barijat, was hurtling toward China on Thursday as well. CNN reports that at least 12,000 people had been evacuated from the low-lying areas of Guangdong province in anticipation of that storm.

Several airlines issued travel waivers due to the storm. Here is the latest as of 11:00am ET: