Articles
Carissa Rawson is a Points and Miles Reporter at TPG, helping readers get to where they need to go, faster (and cheaper). You can find her in your nearest Priority Pass lounge, sipping free coffee and obsessively researching travel.
Nov. 29, 2019
•
4 min read 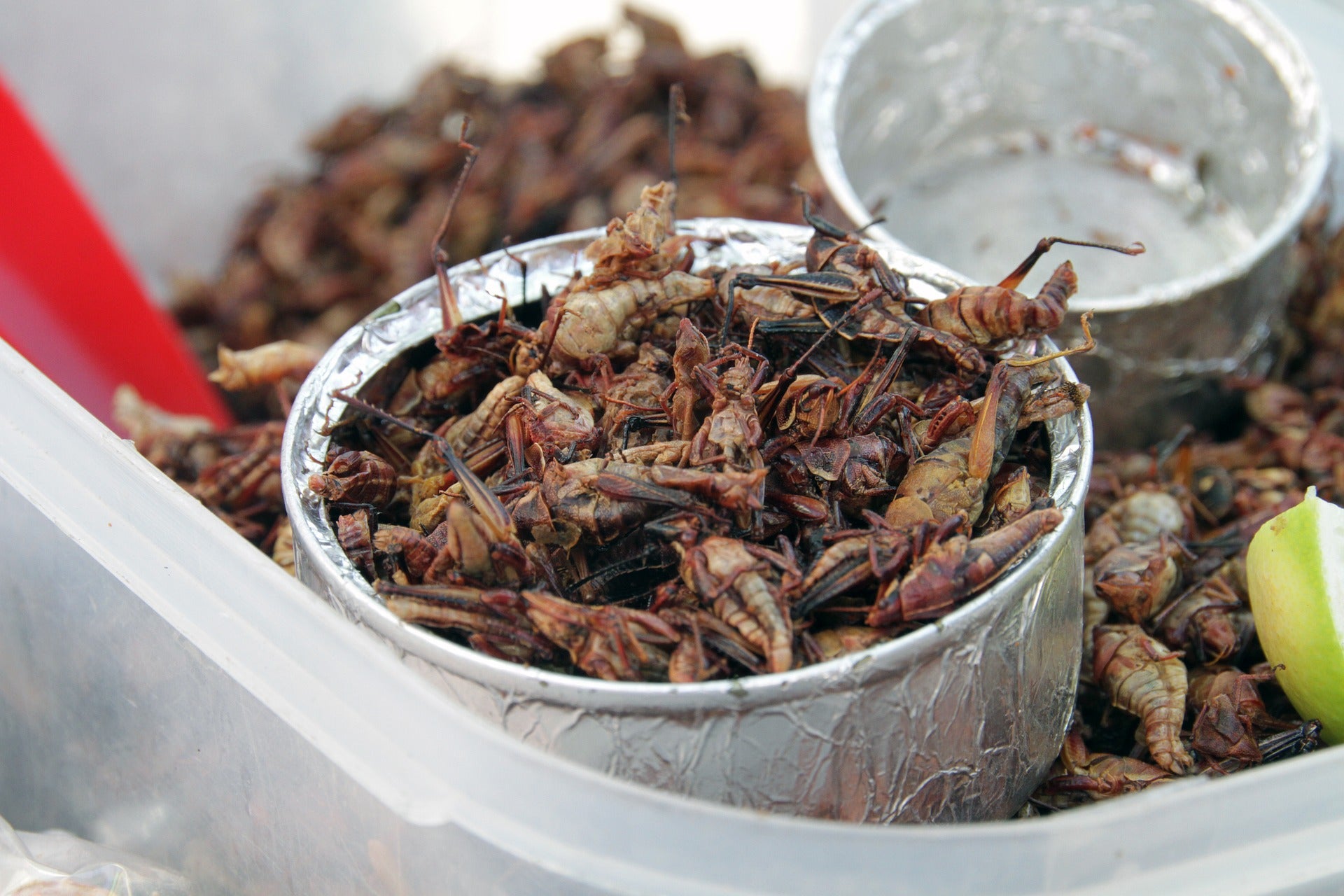 While traveling through Kyrgyzstan recently I came across the odd practice of eating rocks. Ok, not rocks exactly, but clay hardened into a rocklike texture, which Kyrgyz folk eat for minerals.

I was politely incredulous until I watched a woman walk up, nonchalantly grab a handful and chow down before wandering away. Not to be outdone, I quickly scooped up a rock and ate it. It tasted about as good as you'd expect.

That got me thinking — what are some other odd things people have done while traveling? So I turned to the TPG Lounge to ask. Here are a few of the best. (Some responses have been lightly edited for style and clarity).

"Drinking beer that was brewed using kangaroo meat in the mash while at a beer festival in Sydney, Australia. Tasted quite good!" — Sheryl R.

"Slept in a bubble in Iceland! Ate minty-tasting bugs off a tree in Belize." — Melissa B.

"Eating live lobster out of the back of his shell while he watched me and wiggled his eyes and antennae in Queenstown New Zealand" — Samsunshine L.

"Eating termites right from a termite mound while on safari in South Africa (under a rangers guidance, not our idea). Didn't taste like chicken but a bit like pepper." — Tom A.

Related: The best ways to use points and miles to fly from the U.S. to Australia

"Held for ransom with five others when our hot air balloon landed in someone’s backyard in India. Police were finally called who got us released." — Marsha H.

"Hitching a ride in Italy and having the driver ask my boyfriend to help him sell me into the slave trade." — Barbara Q.

"I once flew Ryan Air and didn't check in early" — Kristen J.

"My husband, sons and I rode the carousel in Central Park with Mr T, who was wearing butterfly wings." — Melissa Q.

"My hobby is flying trapeze, so I’ll often travel to places specifically to fly, or make a point to do trapeze where I am. My goal is to hit as many rigs as possible." — Pam B.

"For me it was the Henley-on-Todd Regatta in Alice Springs. For those not in the know, it’s a dry riverbed race (think Flintstones). Well the year I was there the regatta was cancelled as there was water in the riverbed!" -Mialisa G.

"Crying with Ed Harris in the first-class galley on a 757 out of LAX as we watched the smoke from the fires after the Rodney King verdict. Listening to the O.J. Simpson verdict in the cockpit of a DC-10 over Colorado. Flying with seven people on the whole plane from JFK-CDG on New Years Eve 1999. Seeing magenta-colored northern lights abeam RDU flying from MIA-LGA. Getting thrown out of a bar in Tijuana (I don't drink). Waking up in Miami and finding a man on my balcony — on the eleventh floor!" — Pamela S.

"I grew up with a flight attendant as a mom. One time we flew standby and made it to Hawaii. On our way back home, we were heading to JFK and trying to figure out flights back that weren’t too full. It was January. This was the 90s so airport security was way more relaxed with an employee id. We catch a flight last minute. Sit down and the flight attendant saw my moms badge and was chatting ...“ Well at least you’re leaving warm weather and going to warm weather.” “Uh, it’s snowing in New York,” we laughed. Well, that flight was going to Miami." — Joanna L.

"Asked a random guy on the red-eye to Japan to play cards with me, just because I was bored and he had an empty seat next to him. Married 40 years now." — Laurie B.

Related: 10 of the weirdest ways to redeem points and miles

Related stories
Using miles and points to book airline tickets and hotels for others
Maui magnificence: A review of Kaanapali Alii, a Destination by Hyatt Residence
Target’s big annual gift card sale is this weekend
What are points and miles worth? TPG’s December 2022 monthly valuations
Featured image by Photo courtesy of Monica Vulpin/Pixabay.