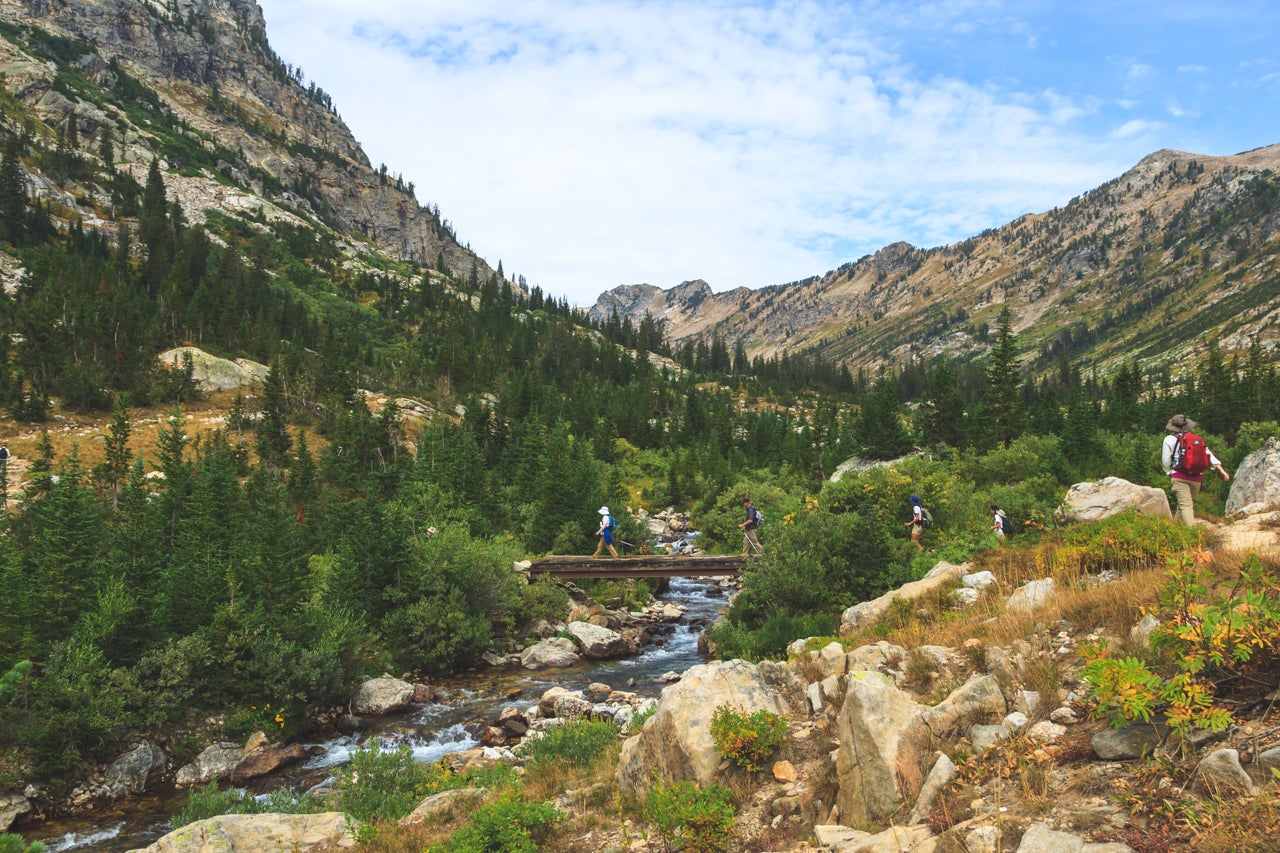 Stacking Savings on a Summer Vacation — Reader Success Story
This post contains references to products from one or more of our advertisers. We may receive compensation when you click on links to those products. Terms apply to the offers listed on this page. For an explanation of our Advertising Policy, visit this page.

Today I want to share a story from TPG reader Yang, who used a variety of award travel strategies to trim expenses during a Fourth of July trip:

Over Fourth of July week this summer, a good friend and I traveled to Yellowstone National Park, Grand Teton National Park and Salt Lake City for a total of 10 nights. It was the only time that worked for us, and of course during peak times like that everything becomes crazily expensive in that popular area, but we were able to save by using a points promotion and credit card perks.

I have the Platinum Delta SkyMiles Credit Card from American Express, which gives me an annual companion certificate. We used that to book round-trip tickets to Salt Lake City for two adults, saving us $250. I used a Hyatt Points + Cash award to book our room at the Hyatt House Salt Lake City Downtown. I paid 4,000 points +$55, whereas the cash rate was around $220 after tax. That's a return of almost 4 cents per point — well above TPG’s valuation for Hyatt!

Since we planned our trip only a few months ahead of time, all the lodges within Yellowstone were sold out. Hotels outside the park were at least $300 per night after tax, but I used my Citi Prestige to book a four-night stay in West Yellowstone, WY. That saved us $280 thanks to my 4th Night Free benefit.

There were a lot more choices in Jackson, WY, but they were all expensive as well. However, I had read on TPG that Hilton was offering a 100% bonus on points purchases, with a net cost of 0.5 cents per point. The cash rate at the Hampton Inn Jackson was $580 per night, but there was also award availability for 60,000 points per night during my dates. I had over 85,000 points in my Hilton account already, so I bought another 160,000 points for $800.

I have Hilton Gold status from The Platinum Card® from American Express, which gives me access to the fifth night free benefit when redeeming for award stays. In the end, we paid only $160 per night for 5 nights in Jackson when other comparable properties were well over $330 per night, saving us $850! The savings were much more compared to the cash rate for the same property, but I generally compare with other similar properties in the area.

We saved over $1,400 on this trip, and enjoyed other perks such as free checked baggage, priority boarding and lounge access that come with the cards. The trip was still expensive, but considering it was during peak dates and we planned just a few months beforehand, I consider it a bargain!

Many of the success stories I share focus on a single, high-value example of booking an award or redeeming a benefit. Yang's story is a good reminder that you can also get a lot of value cumulatively by taking advantage of more straightforward award travel opportunities. None of the strategies above requires extensive effort, but each one helped make Yang's trip a bit more affordable. That can make all the difference when you're working with a tight travel budget.

When you're calculating award redemption values, you shouldn't necessarily compare the award price to the cash price of the exact same flight or hotel stay. While Yang's hotel in Jackson cost an exorbitant $580 per night, other comparable properties were available for much less. Presumably, they would have chose one of those other hotels if redeeming points weren't an option, so it makes sense to use the lower price as the basis for their savings. Either way, they got a great deal.

I love this story and I want to hear more like it! In appreciation for sharing this experience (and for allowing me to post it online), I’m sending Yang a $200 airline gift card to enjoy on future travels, and I’d like to do the same for you. Please email your own award travel success stories to info@thepointsguy.com; be sure to include details about how you earned and redeemed your rewards, and put “Reader Success Story” in the subject line. Feel free to also submit your most woeful travel mistakes, or to contribute to our new award redemption series. If your story is published in either case, I’ll send you a gift to jump-start your next adventure.