Articles
Max Prosperi is a part-time frequent flyer and travel writer and full-time student. Based in St. Louis, Missouri, Max covers a variety of topics with a focus on points, miles, and aviation.
Follow
Nov. 04, 2018
•
4 min read 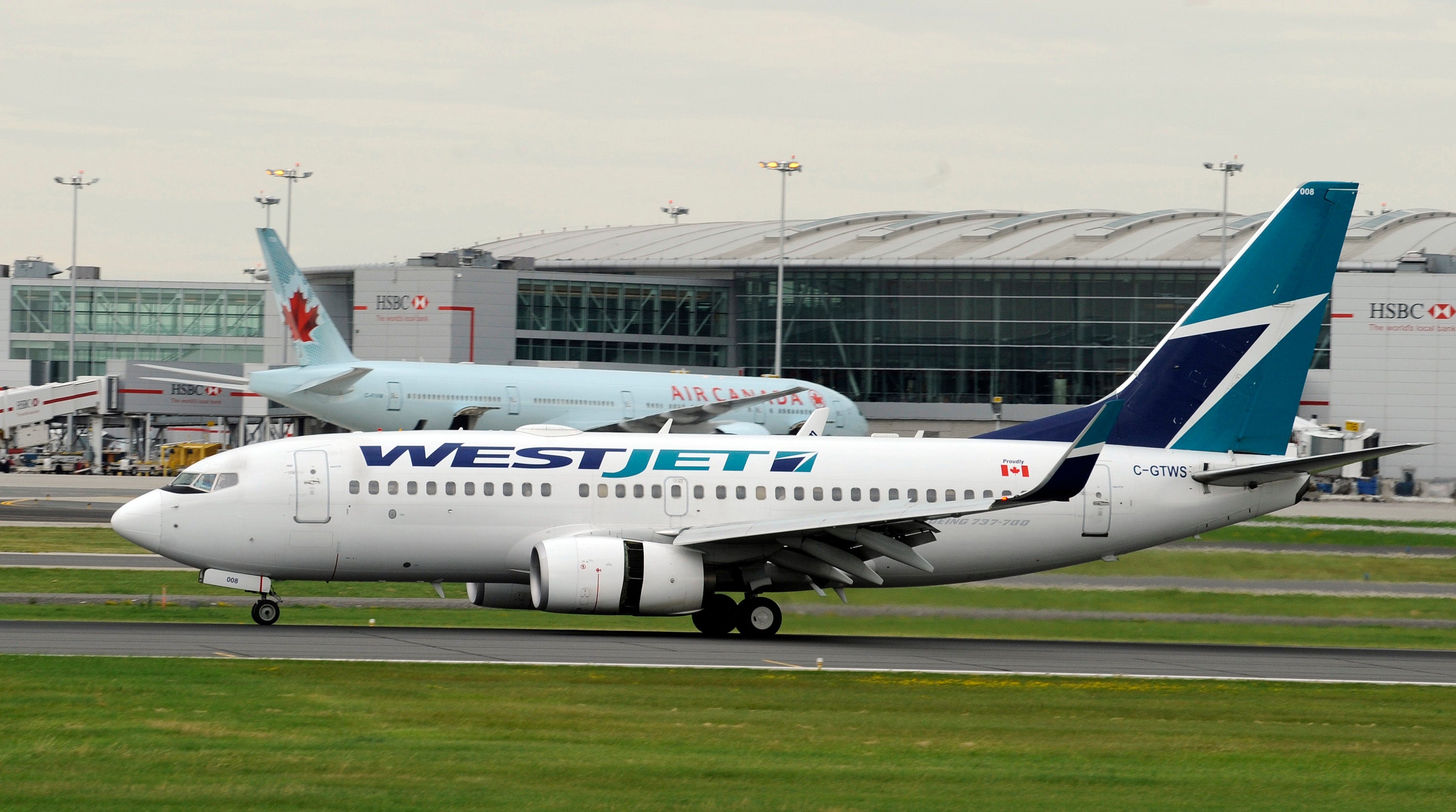 Sleeping Pill Gets Man Kicked Off WestJet Flight
This post contains references to products from one or more of our advertisers. We may receive compensation when you click on links to those products. Terms apply to the offers listed on this page. For an explanation of our Advertising Policy, visit this page.

A passenger on a WestJet flight between Toronto, Canada, and Havana, Cuba, was removed from the aircraft prior to departure last month for "medical reasons" after he took a sleep-aid and was deemed unfit to fly by a flight attendant.

The BBC is reporting that passenger Stephen Bennett, a resident of British Columbia, was headed to Havana for vacation with his family when the crew on his flight between Toronto and Havana requested medical assistance and asked that he be removed from the flight. Bennett is attributing the incident to a sleep-aid prescribed by his doctor.

After failing to get any sleep on the four-hour flight from Vancouver (YVR) to Toronto (YYZ), Bennett decided to take the sleeping pill for the 3.5 hour flight to Havana (HAV). He took the prescription sleep-aid prior to departure. According to Bennett, he was awoken by his wife and a flight attendant told him "he had to go" because he was a "medical emergency." Bennett believes that this was due to miscommunication between the flight crew and his wife, whose first language is not English. WestJet claims that Bennett's condition after he took the sleep-aid meant he was no longer fit to fly.

The flight crew requested emergency services to meet the flight, which had not yet departed from the gate at Toronto-Pearson International Airport. Bennett was removed from the flight in a wheelchair and his vitals were assessed. According to Bennett, paramedics confirmed his vitals were fine and that he was indeed okay to fly. Still, the crew of the WestJet flight requested that he exit the aircraft as they believed his condition could become a medical emergency in-flight. At this time, Bennett complied and left the aircraft. He told the BBC that the incident was "humiliating."

WestJet is standing by the actions of its crew. The airline stated that Bennett's condition prohibited him from taking his original flight to Havana. According to WestJet, the removal of Bennett was done out of "an abundance of caution." The statement made by airline also took into account Canada's federal regulations that prohibit passengers who are significantly impaired as a result of "the consumption or use of alcohol or drugs prior to boarding." A spokesperson from the airline stated that Bennett and his family were offered alternative accommodations. These accommodations meant that the Bennett family would be required to take the fight between Toronto and Havana a week later.

Ultimately, Bennett booked a new flight and a hotel in Toronto for around C$2,000 (~$1,525). Bennett remarked that his family was also shorted two days in Havana due to the incident. Now, Bennett is demanding WestJet reimburse him for the alternative accommodations. The airline is refusing to compensate Bennett, stating that he was offered "reasonable" alternative accommodations. Bennett says he wants full compensation for the new itinerary and a detailed explanation for why he and his family were removed from the flight in the first place.

This is not the first time an impaired WestJet passenger made headlines. In 2017, then up-and-coming rapper Lil Pump was allegedly removed from a WestJet flight after removing his shirt and shouting his signature catch-phrase "esketit" while heavily intoxicated and under the influence of Percocet.