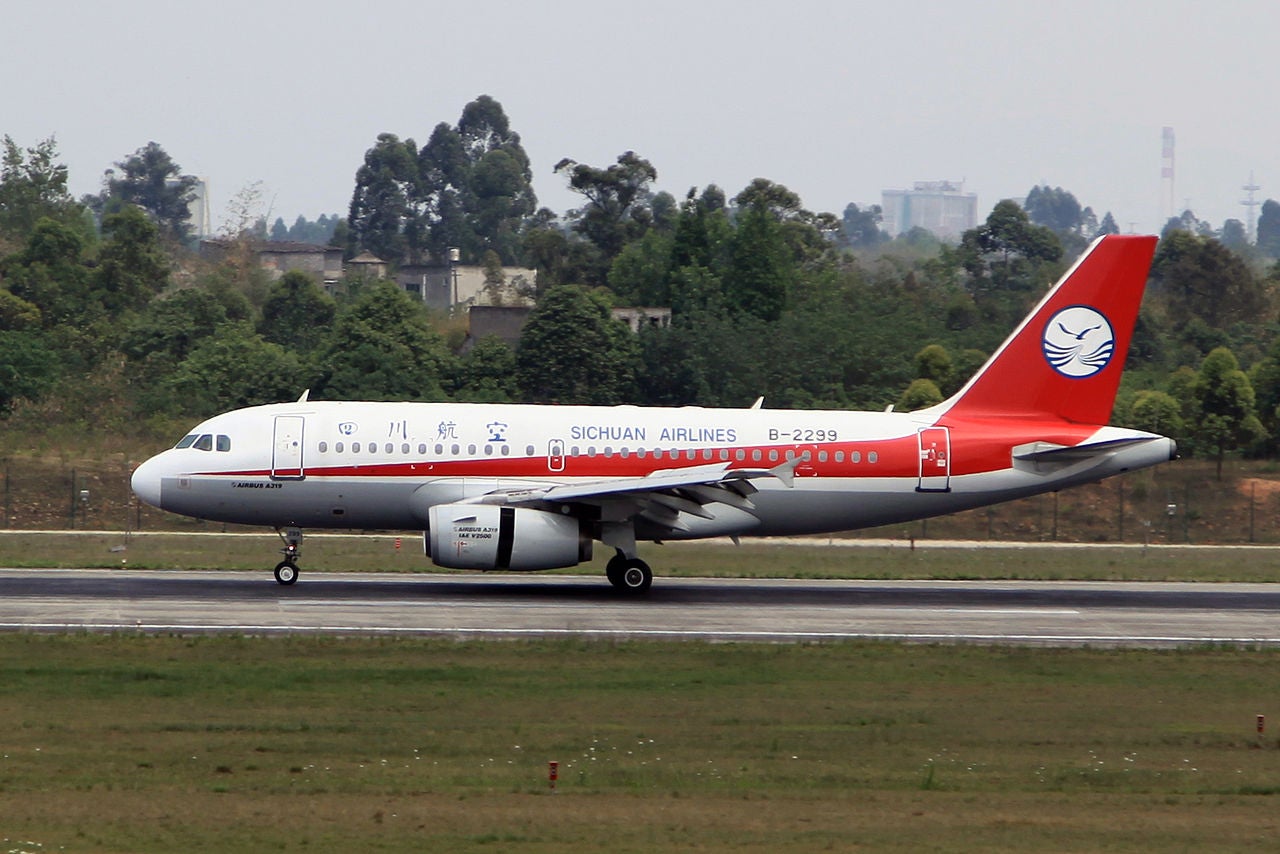 The co-pilot of a Sichuan Airlines flight was sucked halfway out of the aircraft on Monday after the plane's windshield broke off, the flight's captain told Chinese media.

The aircraft was forced to make an emergency landing on Monday after its windshield cracked and broke off mid-flight, and the aircraft's cockpit depressurized.

The captain, Liu Chuanjian, said there was a sudden ear-splitting noise, and the cabin's temperature and pressure dropped. When he looked over at his co-pilot, he was hanging halfway out of a gaping hole where the windshield should have been.

“There was no warning sign," Chuanjian told Chinese newspaper Chengdu Economic Daily. "Suddenly, the windshield just cracked and made a loud bang. The next thing I know, my co-pilot had been sucked halfway out of the window.”

Chuanjian was able to pull the co-pilot back into the Airbus A319, and then he safely executed a manual emergency landing in Chengdu, China (CTU).

“Everything in the cockpit was floating in the air," he recalled. "Most of the equipment malfunctioned... and I couldn’t hear the radio. The plane was shaking so hard I could not read the gauges.”

The plane's windshield shattered as the aircraft reached about 32,000 feet. Passengers on Sichuan Airlines Flight 3U8633, which was originally bound for Lhasa, Tibet (LXA), said they were alarmed when the plane began free-falling, and the oxygen masks dropped from overhead.

“The crew were serving us breakfast when the aircraft began to shake," one passenger told local media. "We didn’t know what was going on and we panicked. Then the oxygen masks dropped... We experienced a few seconds of free fall before it stabilized again.”

Fortunately, none of the plane's 119 passengers were injured. The co-pilot who was sucked partially out of the window escaped the incident with only scratches and a sprained wrist. One other member of the cabin crew was also injured in the incident, according to China's Civil Aviation Administration.

It remains unclear what exactly caused the windshield to break, but China's Civil Aviation Administration said it would be investigating the matter.