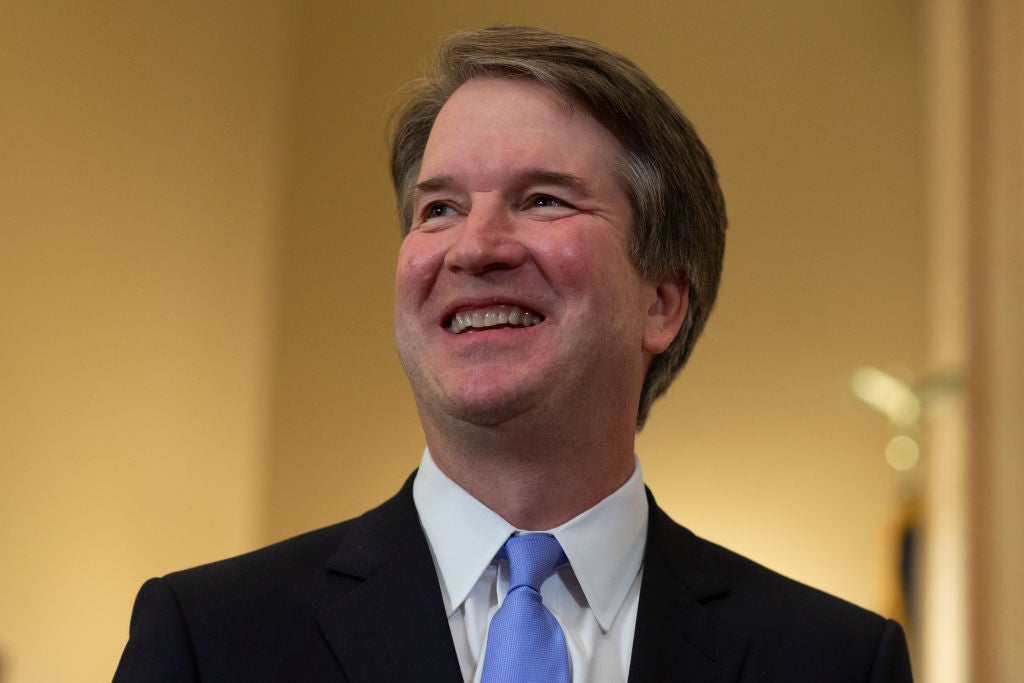 Trump&#8217;s SCOTUS Pick Broke a Cardinal Rule of Credit Card Points
This post contains references to products from one or more of our advertisers. We may receive compensation when you click on links to those products. Terms apply to the offers listed on this page. For an explanation of our Advertising Policy, visit this page.

According to a new report from The Washington Post, Kavanaugh racked up tens of thousands of dollars worth of credit card debt, mainly buying baseball season tickets to the Washington Nationals for himself and his friends. Part of the debt was accrued doing home improvements, too. His debt might have even at one point almost exceeded the sum of his other assets.

In the same filing, Kavanaugh reported his assets as totaling between $15,000 to $65,000, which included his wife's retirement fund and various Bank of America accounts. (The filing did not list his retirement account, worth about half a million, or the couple's home, which they bought in 2006 for $1.2 million and currently carries a mortgage of $865,000.)

At the time, he was a US Circuit Judge for the Washington, DC, Court of Appeals. Federal Circuit judges earn about $220,000 per year. Most Supreme Court Justices list assets of more than $1 million.

A spokesman for the White House told The Washington Post that Kavanaugh's friends eventually reimbursed him for the cost of their baseball season tickets — which can be as high as $6,000 a pop. Picking up that kind of bill on a card and getting reimbursed by friends is a pretty good way to meet minimum spend, not to mention earn a ton of points. But the key guideline here — that Kavanaugh seemed to forget — is that you must immediately pay off your balance, otherwise interest mostly cancels the value of the points you earn.

It's the No. 1 rule on the list of 10 Commandments: Thou shalt pay thy balance in full. As TPG Editor-at-Large Nick Ewen writes, "Most travel rewards credit cards carry high interest rates, so running up a balance and not paying it off every month will negate the value of any points or miles you earn."

Kavanaugh's credit card debt and the loan were either completely paid off or paid down enough to fall below the reporting requirements by 2017. But that is certainly enough time to get slapped with points-crippling interest.

Now, it's unknown what type of cards Kavanaugh was using, but if we were advising him, we'd probably tell him to use a card like the Citi Premier® Card which earns 2x points on entertainment, a category that includes stadiums and sporting events (though season tickets might code differently). But at the very least, we hope he was using some type of travel rewards card. We can't fathom that he was charging that kind of money and not at least shooting for some type of points reward.