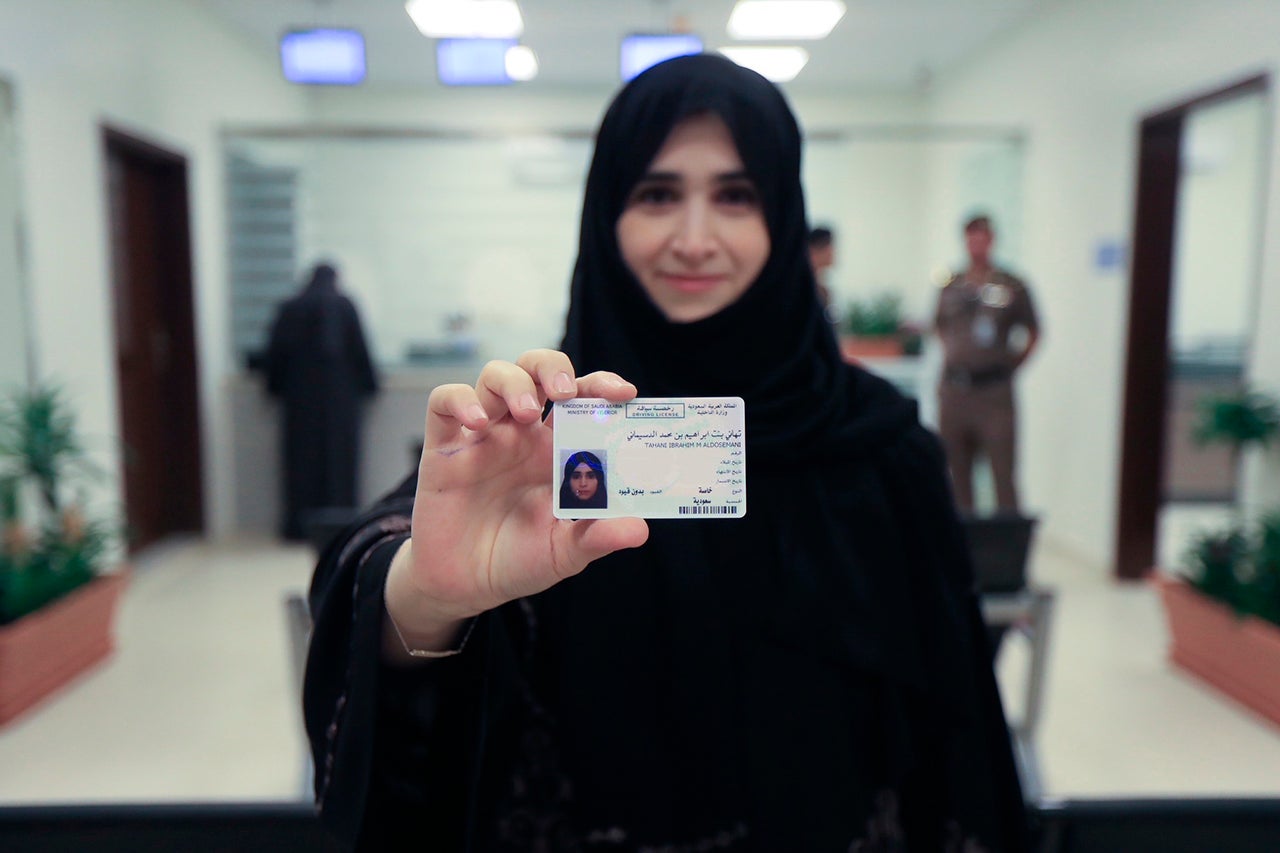 Saudi Arabia Issues First Driver's Licenses to Women as Questions Linger
This post contains references to products from one or more of our advertisers. We may receive compensation when you click on links to those products. Terms apply to the offers listed on this page. For an explanation of our Advertising Policy, visit this page.

The Saudi government issued driver's licenses to 10 women in Riyadh today, ahead of the official June 24 lifting of the kingdom's longtime ban on female drivers.

A video of one of the women receiving her license from the General Department of Traffic quickly went viral, showing the woman, dressed from head to toe in the traditional black abaya, smiling as she receives the white card from a mustachioed man in a uniform and beret, as three other similarly dressed men look on. One of the men snaps photos with a camera, though no international press was at the event.

Though the government announced in September 2017 that it would lift the ban, the new law allowing women to drive won't go into effect until late June, on the same date that women will first be allowed to take driving classes in the kingdom. The 10 women who received their licenses today already possessed driver's licenses from abroad, and had to take a short driving test before the Saudi licenses were issued.

Despite the milestone moment — until now, Saudi Arabia was the only country in the world that didn't permit women to drive — at least one expert on the reclusive but powerful kingdom said that it would be a mistake to see the event as a leap toward openness in the notoriously repressive nation.

"I would not call it progressive at all," Ellen R. Wald, a Middle East geopolitics expert and author of the book Saudi, Inc., said in a phone interview. "They've made a decision that everyone else in the world already has."

Troublingly, she said, even though Saudi women will be allowed to drive, many of the citizens who campaigned to give women the right — including several notable women — have been imprisoned and face potential trials for treason. The state has aggressively worked to frame the driving reform as coming from the current king's heir apparent, Crown Prince Mohammad bin Salman, who has set out an ambitious plan to modernize his country while also ruthlessly consolidating power.

"This is reform that comes from the government," Wald said. "They are granting the the people the right to do something that everybody else in the world already can. They've made it clear that change and reform come from him, and it doesn't come from the bottom."

According to the Saudi-based Arab News, women who have foreign driver's licenses have to turn those in and have them replaced by Saudi-issued ones.

And even though the first women's driver's licenses are finally out, questions still swirl about how Saudi guardianship laws will come into play; how rental cars, foreign drivers and companies like Uber and Careem will be affected; and whether women will be required to take driving classes, and whether those classes will be priced so that only those from upper- or middle-class can effectively drive legally.

Requests for comment from several car-rental and ride-hailing companies were not answered in time for publication of this story.

Still, businesses in Saudi Arabia have lost no time in marketing to the new demographic, with sometimes questionable methods, with some companies implying that their vehicles would make it easier to shop, and others showing off cars that came in pink.