It's Official — a Russian Missile Shot Down MH17 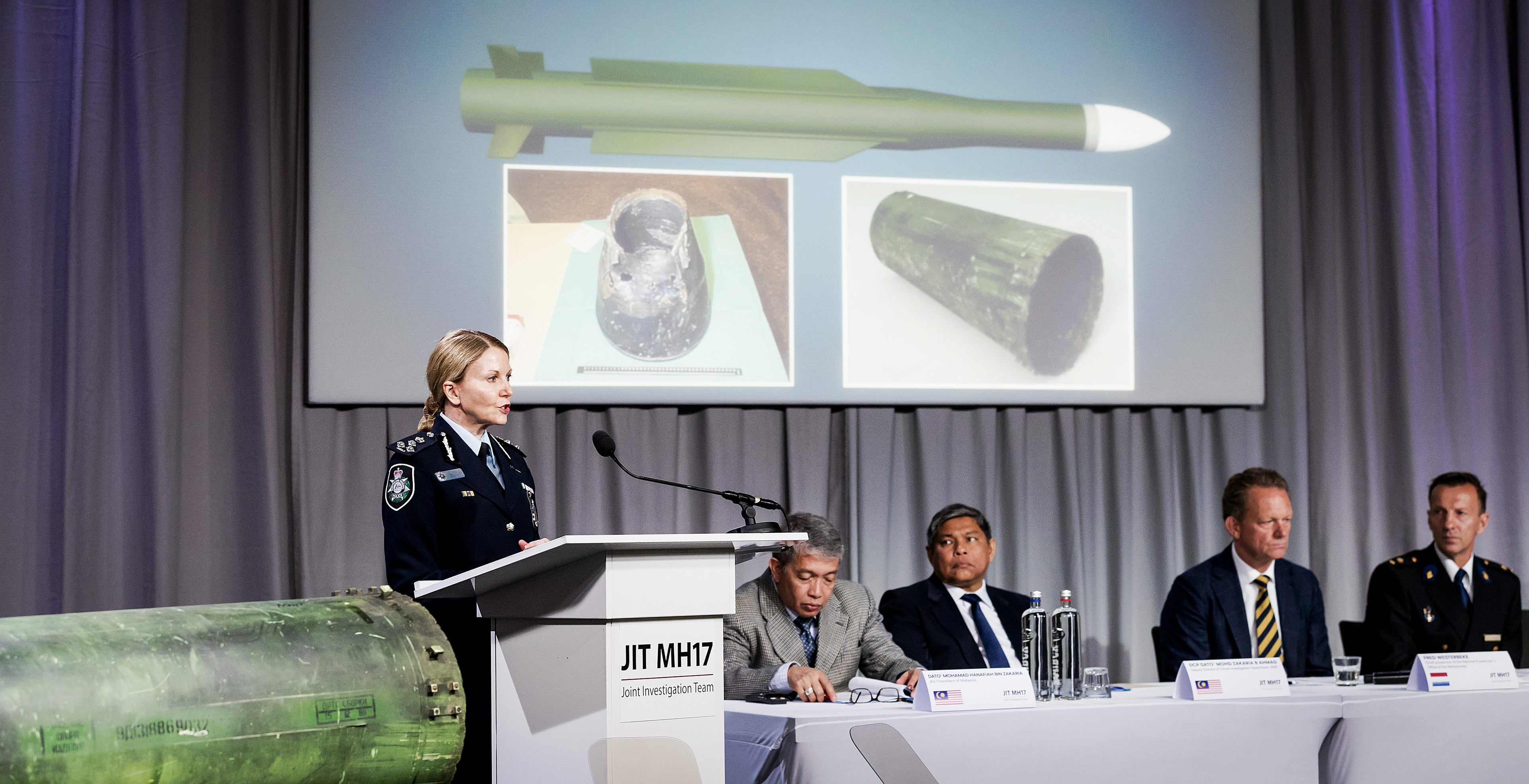 It's Official — a Russian Missile Shot Down MH17

A Dutch panel of criminal investigators concluded Thursday that a Russian anti-aircraft missile shot down Malaysia Airlines Flight 17 while the Boeing 777-200ER was flying 298 people over Ukraine in July 2014.

The joint investigation team, as the group leading the probe is called, presented video and photo evidence at a press conference on Thursday that it says definitively proves it was a Russian surface-to-air missile system that shot down the passenger plane, killing everyone on board. The panel says it has “legal and convincing evidence which will stand in a courtroom” that the missile, called a BUK system, came from Russia's 53rd anti-aircraft missile brigade based in the western Russian city of Kursk.

Criminal investigators say that the combination of evidence they've uncovered regarding the BUK system is so specific and unique that it can be considered a fingerprint identifying that specific Russian brigade as the missile's origin. Their evidence includes information like serial numbers from the missile casings recovered after the plane went down that reveal details such as the BUK's make and model.

The panel heavily implied that the Russian army was behind the anti-aircraft missile, but it stopped just shy of saying the Russians actually launched the missile that downed the wide-body passenger jet.

"Who formed part of the crew? With which instruction did they set out? Who was responsible for the operational deployment of this BUK-TELAR on 17 July 2014?" questioned Wilbert Paulissen, head investigator for the Dutch police unit assisting the probe. "We are convinced that many people have this information. That may be members of the 53rd Brigade, but also relatives, friends or acquaintances," he added.

Investigators had previously concluded in 2016 that the BUK was likely of Russian origin and had crossed into Ukraine before the incident and returned to Russia once the plane was shot down. The team says Russia has not confirmed its missile system was involved and will offer no information on the matter. So the panel is turning to the public for help filling in the gaps from any potential eye witnesses.

The team is comprised of Dutch prosecutors and police officers as well as additional investigators from Malaysia, Australia and Ukraine. MH17 was flying from Amsterdam (AMS) to Kuala Lumpur (KUL), and the majority of passengers on board were Dutch.