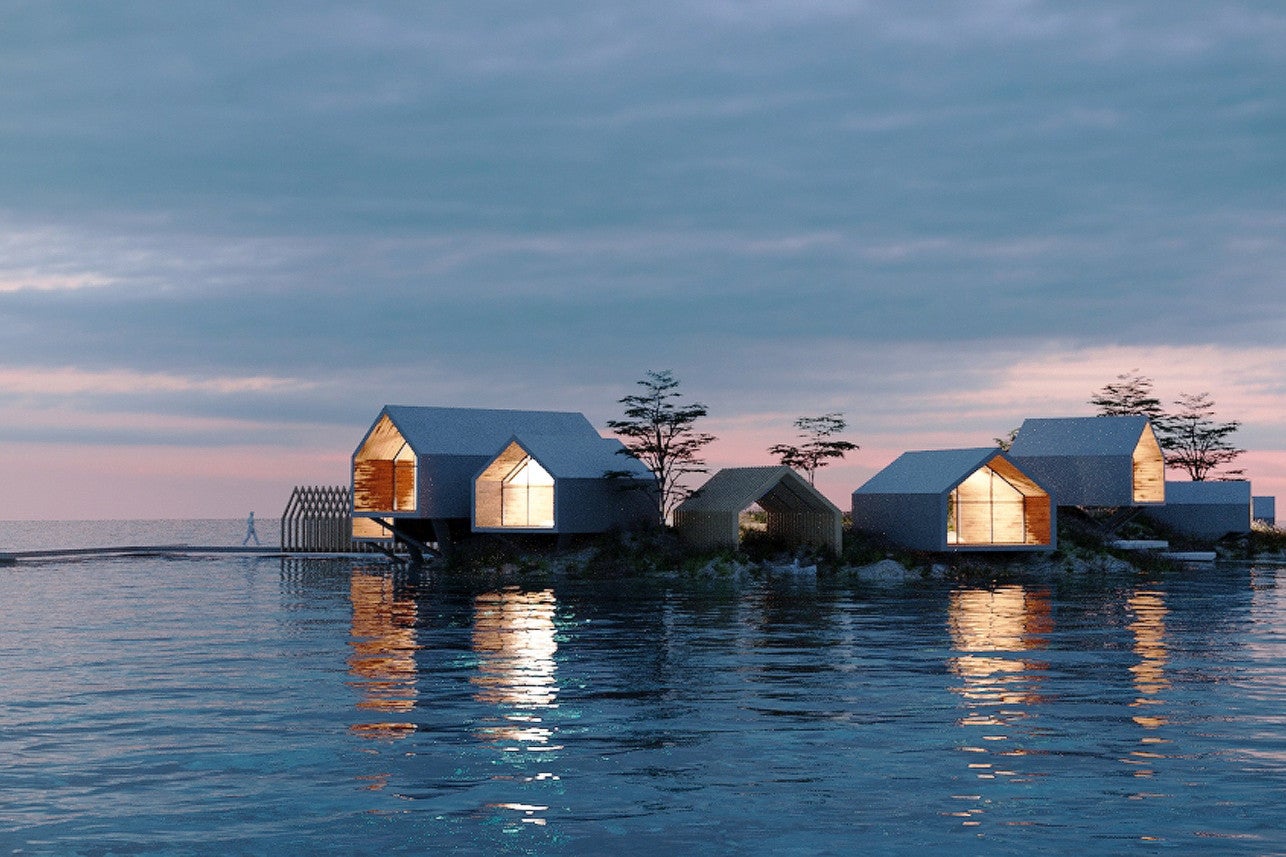 Someone Wants to Build a Hotel on What May Be New York City's Only Private Island
This post contains references to products from one or more of our advertisers. We may receive compensation when you click on links to those products. Terms apply to the offers listed on this page. For an explanation of our Advertising Policy, visit this page.

Would you go glamping on Governor's Island? How about Rat Island? A Bronx man is hoping you will.

According to the New York Post, Alex Schibli — a resident of City Island in the Bronx — bought the 2.5-acre island for $176,000 in a 2011 auction and has been using it for family outings ever since. One of 44 islands in the archipelago that forms the city, it's "believed to be the only truly privately-owned island in New York City," the New York Post said.

If you're imagining an island overrun by rats, don't panic: You should know that it was originally named Rattle Island. Untapped Cities reported that the former moniker refers to rattles that the locals used to warn sailors about rocks. "The island’s current name is not only a shortening of Rattle, but also refers to the escaped prisoners — "rats" — who would hide on the island," Untapped Cities said.

When Schibli bought the island, it was covered in broken beer bottles and guano, but now the 79-year-old former Port Authority engineer hopes to build an eco-friendly hotel or camp there. He has teamed up with Argentinian designer Pablo Jendretzki to create renderings depicting a series of wooden cabins circling the island.

"The owner wasn't planning to build anything, it was actually me who found an old article in which he was describing how he enjoys going to the island and having his own island, but as an architect I got so excited about building something there. It's such a unique project given that it's 30 minutes away from Central Park," Jendretzki told The Points Guy.

Jendretzki emphasized that the design would be carbon-neutral and 100% sustainable. The buildings would be solar- or wind-powered and rainwater would be collected for showers and toilets. They would compost any waste created by guests, and there's no running water or other infrastructure on the island, which is only reachable by boat.

"These units are located on the border of the island as far onto the water as possible, so you leave much of the island free to roam. We left an area where we can bring in sand, so you have a little beach, yoga platforms, fishing platforms," he said.

Jendretzski acknowledged that the hotel wouldn't likely attract foreign tourists, but said that, "For all of the millions and millions of people who live in the New York City area, just to go to a place that looks like you're in the middle of Turks & Caicos, except you're 30 minutes away from Central Park, is very exciting."

The project may or may not actually come to fruition. Schibli and Jendretzki don't currently have the financing needed to create a glamping site on the island and technically, the island is zoned for residential use. They're hoping to attract an investor willing to help them realize their vision. Since the New York Post's article came out Thursday, they've already received a few calls from prospective investors.

"In New York City, you're surrounded by concrete and there you want to have as natural a design as possible. That's one of the reasons why the buildings are as small as you can get," Jendretzki said. "The whole purpose is to make sure the island maintains its sense of nature and peace."