Flying in Coach Could Kill... According to EPA's Scott Pruitt 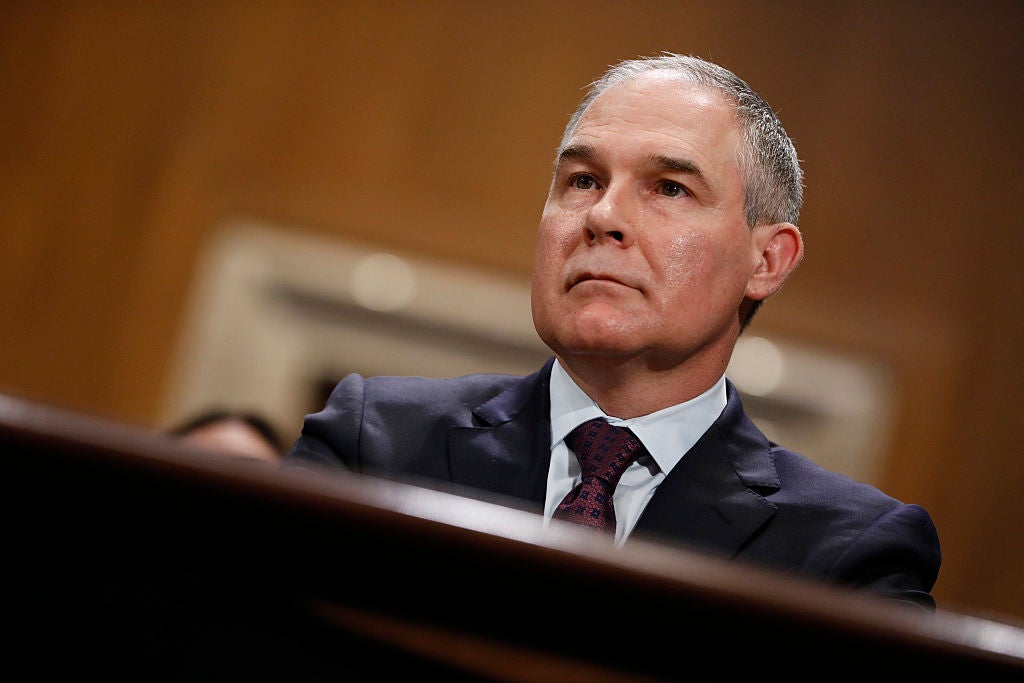 Flying in Coach Could Kill... According to EPA's Scott Pruitt
This post contains references to products from one or more of our advertisers. We may receive compensation when you click on links to those products. Terms apply to the offers listed on this page. For an explanation of our Advertising Policy, visit this page.

He had to fly in first class. Coach was too dangerous.

That is the argument that Environmental Protection Agency Administrator Scott Pruitt's security detail stated, requesting pricey travel for the Trump cabinet member in a May 2017 memo just obtained by The Washington Post.

“We believe that the continued use of coach seats for the Administrator would endanger his life,” Pruitt's head of security, Pasquale “Nino” Perrotta, wrote in the memo, “and therefore respectfully ask that he be placed in either business or first class accommodations.”

Pruitt has been under ongoing bipartisan scrutiny for his expensive travel tendencies. The EPA has spent more than $3 million on Pruitt's first-class travel, hotel stays and security, BuzzFeed News reports.

In April, several members of Congress accused Pruitt of wasteful travel spending on hotels, SUVs, security and entire trips — all on the taxpayers' dime. Among the accusations was the fact that Pruitt would routinely have his staff look for pretenses to travel to destinations he personally wanted to visit — like going to Oklahoma so he could spend long weekends in his home state at taxpayer expense. He also allegedly instructed staff to book him on Delta — even when it wasn't the federally contracted airline — to pad his own SkyMiles account.

As far as first-class travel, he spent $7,000 for a round-trip ticket to Italy in Emirates business class, $1,641.43 on a quick flight from Washington, DC, to New York City and more than $14,000 on flights around Oklahoma.

Perrotta states in the 2017 memo that while traveling with the EPA head, he noticed “at times lashing out from passengers which occurs while the Administrator is seated in coach with [his personal security detail] not easily accessible to him due to uncontrolled full flights.”

Pruitt himself told CBS News in March that he had previously been flying coach until his security team received an “unprecedented” amount of threats.

In fiscal year 2017 (through mid-August) Pruitt received 16 threats, internal EPA documents obtained by BuzzFeed News show. Of those 16, the EPA's internal watchdog agency deemed three threats serious enough to investigate. All three investigations were closed due to lack of evidence that Pruitt was seriously being threatened, BuzzFeed News reports.

One of the threats was someone drawing a Mustache on a Newsweek cover featuring Pruitt and taping it inside an EPA building elevator.

Another of the threat investigations was opened when an 85-year-old wrote a profane note to Pruitt on the back of Department of Veteran's Affairs letterhead. “Just read your denial of global warming recently released by the National Academy of Sciences,” the person wrote. “Hope that you & your kind die and choke to death of cancer of the guts, slowly in agony, & rot forever in a toxic sewer in hell forever!”

The 2017 memo and other internal EPA documents were submitted to investigators as part of Congressional probes into Pruitt's spending.