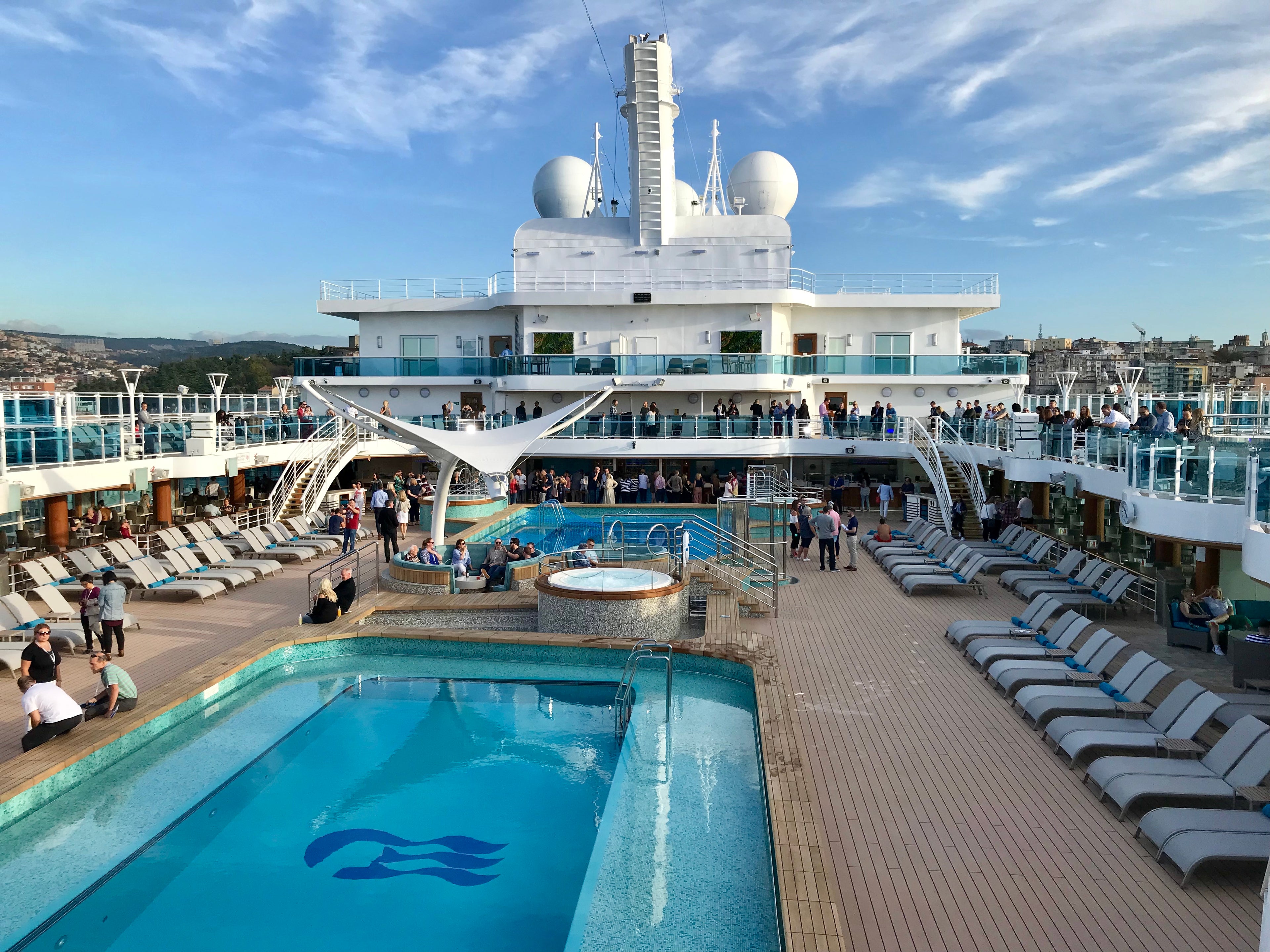 Kids can now join the Princess Cruises loyalty program
This post contains references to products from one or more of our advertisers. We may receive compensation when you click on links to those products. Terms apply to the offers listed on this page. For an explanation of our Advertising Policy, visit this page.

Younger travelers who’ve caught the points-and-miles bug got some good news this week out of the Princess Cruises headquarters in Santa Clarita, California: They finally can join the line’s Captain’s Circle loyalty program.

Until now, the four-tiered program only was open to passengers ages 18 and older.

The change means younger cruisers who travel a lot with the line will be entitled to such Captain’s Circle perks as complimentary laundry service and discounts in shipboard shops.

Perhaps of more importance to the typical teen or tween (and certainly their parents), they’ll also now be eligible for the free internet time on ships that comes with higher status in the program. Captain’s Circle members receive up to 500 minutes of free internet time per cruise once they reach Platinum status – the third of the program’s four levels.

“By extending the benefits of our Captain’s Circle Loyalty Program to our youth guests, they will remain more connected than ever to their friends and family and continue to share their joy of cruising with the world,” Princess Cruises president Jan Swartz said in a statement accompanying the announcement.

With the change, Princess becomes the first and only cruise line to offer younger cruisers free internet access as a loyalty program perk.

While airlines generally allow children to have their own loyalty accounts, that hasn’t always been the case with cruise lines. In addition to Princess, major cruise operators that have limited their programs to travelers ages 18 and older include Norwegian Cruise Line and Celebrity Cruises (in Norwegian’s case, cruises taken as a minor will be credited to their account after they turn 18).

Lines that extend their loyalty programs to minors include Carnival, Royal Caribbean, MSC Cruises and Holland America. At Royal Caribbean, children can have their own accounts, but also can get the status level of their parents for all tier levels except the top Pinnacle Club tier.

In making its announcement, Princess said it already had run the numbers to figure out (and contact) the youthful traveler with the most Princess cruises under his or her belt — and it’s nine-year-old Wyatt Wilkinson, of Los Angeles. Thanks to a grandmother who began taking him along on cruises when he was just 1 year old, he’s already been on 46 sailings.

Princess also identified the youthful cruiser with the most days at sea: Alexis Lavoie, 15, of Montreal. A veteran of two extended world cruises and a 60-day trip around South America, he’s already been at sea 538 days. While that’s nowhere near the number of days that record-setting Princess cruiser Ilene Weiner has spent at sea, it’s not bad for a 15-year-old.

Both Wilkinson and Lavoie will receive top-tier Elite status in the Captain’s Circle program. As is typical with cruise line loyalty programs, their new status levels will be valid indefinitely. Unlike airlines, cruise lines don’t require passengers to requalify for status every year.

The Captain’s Circle program at Princess is typical of cruise line loyalty programs in that status is based on hitting certain milestones related to the number of cruises taken or number of days spent at sea over an entire lifetime.

The first two tiers of the Captain’s Circle program, Gold and Ruby, offer relatively minor perks (the most notable being some additional discounts on early booking fares). The program really doesn’t start getting interesting until you hit the top two tiers, Platinum and Elite.

The Platinum level, which comes after your fifth cruise credit or 50 days at sea, brings the free internet package on every sailing, priority check-in at embarkation and access to a special lounge at disembarkation.

The Elite level, which comes after 16 cruise credits or 151 days at sea, adds such perks as priority access to ship-to-shore water shuttles, priority disembarkation, free shoeshines, free laundry service and a discount in shipboard shops.

Captain’s Circle members generally get one cruise credit per voyage but qualify for two credits per trip when staying in a suite or paying a “single supplement” charge when traveling alone.

How to book a cruise using points and miles

Parents and their kiddos should know there is one Elite perk that children won’t be getting: Complimentary access to onboard wine tastings that normally come with a charge. Princess says the minimum age for beneficiaries of the perk will continue to be 21.

The change to the Captain’s Circle program comes as Princess rolls out a faster internet system fleetwide that will make it easier to deliver the free internet perk that is offered to higher-level Captain’s Circle members. The system, called MedallionNet, already is on several ships.

Princess also is setting its sights on drawing more families with children and more groups of multigenerational travelers. The “Love Boat line,” as it’s often called, hasn't historically been as big with families as brands like Royal Caribbean, Carnival and Norwegian, which boast ships loaded with massive water slides, kiddie splash zones, go cart tracks and other family-friendly amusements.

Related stories
Should you buy Marriott points with a 50% bonus?
5 secrets to getting a luxury cruise for less
Deal alert: Widespread Air Tahiti business class award space to French Polynesia
This no-annual-fee card earns 2% cash back on every purchase — and automatically applies your rewards
Featured image by Photo by Gene Sloan / The Points Guy