Planes, Travel and Other Ideas for the $970 Million Mega Millions Jackpot

Articles
Jordan Allen has produced content for TPG on everything from travel trends to flight deals.
Follow
Oct. 19, 2018
•
5 min read 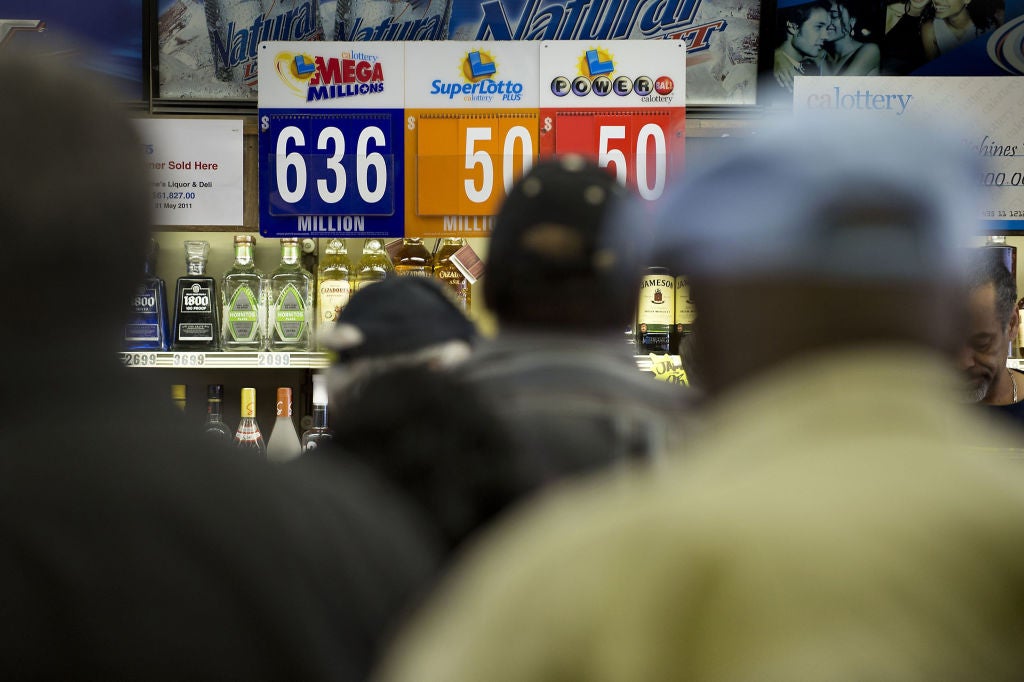 The Mega Millions Jackpot is getting close to the $1 billion mark. As of Oct. 18, the prize amount has reached a total of $970 million, the second-largest jackpot ever behind the $1.6 billion Powerball Prize in 2016. With entries from 44 states plus the District of Columbia and the US Virgin Islands and the game's long odds in general, the current probability of winning is at about one in 302.5 million. No one has matched all six numbers of the Mega Millions since July 24, 2018, when James Griffin got $3 million.

If you wind up being that one in 302.5 million, it's crucial to know your options. Lottery officials suggest taking a deep breath, keeping your ticket in a safe place and contacting a financial planner to devise a plan before you claim your prize. But what on earth are you going to do with all that money? Here are some travel-centric tips:

Goodbye, TSA: Fly on Your Private 787

Did you know that Air Force One costs only $660 million? Just kidding, but this private luxury Dreamliner is most definitely in the realm of possibilities. Charter this for about $70,000 an hour, which most certainly won't break the bank.

Alternatively, if you can also charter your own private, Boeing 777 with Crystal Cruises. Going for about $55,000 an hour, you and 87 friends can enjoy a luxurious experience aboard a flight that would make a first-class international passenger green with envy.

Why share the beach when you can have the entire place to yourself? After all, you only need about $7.9 million to purchase this private island off the coast of England. Drake's Island, named after the famed explorer Sir Francis Drake (not the rapper), boasts "six acres worth of odd buildings and pathways" and underground tunnels that you have to see to believe. And now you can!

However, if you are looking for something a little less historical and little more tropical, you can rent or purchase private islands all over the world, here.

Believe it or not, you won't be able to afford the most expensive house in the world, at a hot $1 billion. But who cares? The Villa Leopolda, located on the French Riviera, was listed for $410 million in 2017, however, it was sold to a Russian oligarch the same year for $750 million. So, we're sure with a bit of convincing, you should be living large in no time.

Go to the Super Bowl. Or the Oscars. Or Anywhere

You heard that right. Tickets to the Superbowl are infamously expensive. Yet, with your $970 million winnings, that shouldn't be an issue. Currently they are listed on StubHub for a starting price of $4,750 -- but we can do better than that! Sit in the best seats in the house for $16,950, or get yourself a suite for $650,000 and bring six of your friends. Why limit yourself?

However, as we just said before, why limit yourself? The Oscars, Grammys, Emmys -- all in the realm of possibilities now.

Plan a Luxurious Stay at the No. 1 Hotel in the World

Don't go for second best, you're a lottery winner now. Nihiwatu Resort provides in an immersive, once-in-a-lifetime experience on the remote Sumba Island in Indonesia. The Mandaka villa, a five-bedroom estate on the property that includes a view of the coastline to a private pool goes for about $16,595 a night on peak season. The Mamole Treehouse, which is exactly what it sounds like, a luxury tree house, can go for about $7,295 a night.

Go All Out in the Etihad Residence

Fly in one of the most exclusive commercial products in the sky — the Etihad Residence. TPG himself flew the product in 2015 and paid $32,000 for the one-way ticket. As the big winner, that's a pricetag in your price range, now!

The jackpot drawing will take place Friday at 10:59pm ET. We wish you luck on your ticket and hope the numbers are in your favor. And remember — if you do win, don't spend all that money in one place.

Related stories
Don’t forget: You have one month to use up your Uber Rewards points
You can earn Southwest points with the Rapid Rewards Dining program: Here's how
Fly premium economy to Istanbul starting under $1,000
Now live: Chase Freedom cardholders can earn 5% back on PayPal and Walmart purchases this quarter
Featured image by TNS via Getty Images