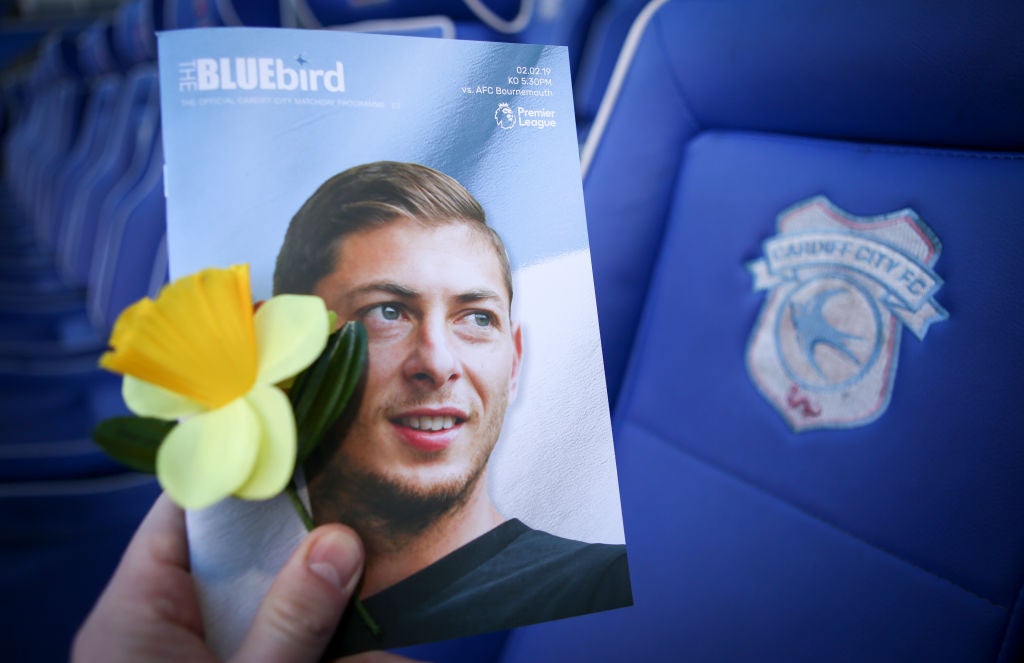 The aircraft wreckage of soccer star Emiliano Sala's downed flight has been located, the scientist leading the search effort said Sunday, according to an AP report.

Two weeks ago, the 28-year-old athlete was flying on a Piper PA-46 aircraft from Nantes, France, where he played for the city’s team. The light aircraft was only carrying Sala — who was on his way to join the Premier League Club Cardiff team — and the pilot, David Ibbotson, when it lost contact with radar and disappeared over the English Channel. The two men on board were presumed dead.

On Sunday, David Mearns, a marine scientist and shipwreck hunting expert, tweeted that the aircraft wreckage had been found. Mearns had been hired as a private investigator by Sala's family and conducted the search in cooperation with Britain’s Air Accidents Investigation Branch (AAIB).

The AAIB confirmed Monday that underwater footage of the wreckage showed one deceased person inside the submerged aircraft.

“This is about the best result we could have hoped for the families,” Mearns told UK's SkyNews, according to the AP. Police officers reportedly informed the two men's families that the wreckage had been located.

When the plane disappeared on Jan. 21, search teams had originally struggled with poor weather conditions and rough seas. That search was called off after a three-day effort.

Sala was a striker beloved by fans and was the fifth-highest scorer in the French league. He scored 12 goals in 19 games with the league this year.

“He was a polite, nice and adorable player who was loved by everybody,” Waldemar Kita, president of the Nantes team, told French media.