No, You Don't Have to Cancel Your Trip to Colorado Because of the Plague 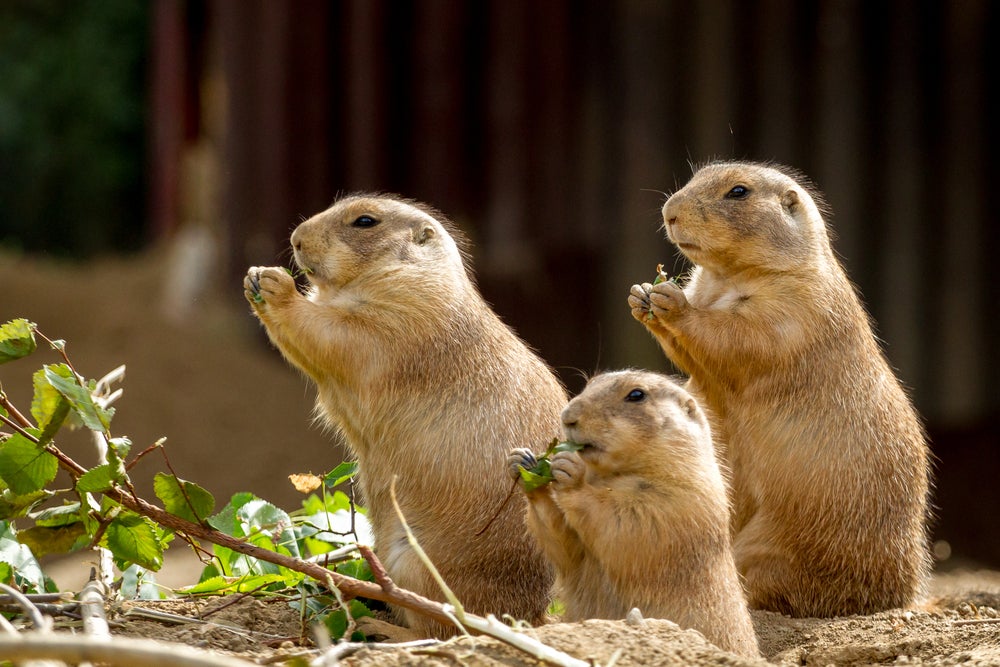 No, You Don't Have to Cancel Your Trip to Colorado Because of the Plague
This post contains references to products from one or more of our advertisers. We may receive compensation when you click on links to those products. Terms apply to the offers listed on this page. For an explanation of our Advertising Policy, visit this page.

Planning a trip to Colorado in the coming weeks? Here's a piece of news you probably didn't expect to hear: The plague has surfaced in the Centennial State.

Certain areas in and around the Rocky Mountain Arsenal National Wildlife Refuge, located just 10 miles northeast of downtown Denver, have been shut down due to rising concerns over plague-infected fleas affecting the state's prairie dog population.

According to the Tri-County Health Department, these flea-infested prairie dog colonies are being treated with insecticide. But some areas will remain closed through Labor Day weekend because there's a continued risk these fleas could spread the disease to pets and humans.

Another notable location that's been impacted by the plague-infected prairie dogs is Dick's Sporting Goods Park, in Commerce City, Colorado. The venue is adjacent to the Rocky Mountain Arsenal National Wildlife Refuge and, in just a few days, tens of thousands of Phish fans will arrive to enjoy the band's annual Labor Day weekend show. As a precautionary measure, event management has closed down the campgrounds around the stadium, leaving thousands of showgoers searching for last-minute accommodations.

Shena Harrison, a bonafide Phish-phanatic, has been to the event at Dick's every year for the past seven years. She says she's never seen a prairie dog there and figures the large crowds likely scare them away. But she's happy to have already made hotel reservations.

Like many Phish phans commenting online, Harrison is taking the news in stride. "It's a bummer the campsites are closed," she said, and added that she plans to use flea and tick repellent to protect herself and her family during the show. "[But] no doubt Phish will throw down with amazing music...."

Travelers who purchased camping and RV tickets for the Phish event receive an automatic refund within the next few days.

While news about the plague — any plague, really — sounds alarming, for most travelers, it shouldn't be too much cause for concern. With awareness and a bit of common sense, humans can easily avoid exposure.

John Hoogland, a professor at the University of Maryland's Center for Environmental Science, has been studying prairie dogs for nearly 45 years. He told The Points Guy that the plague infecting prairie dog populations today is, in fact, the same bubonic plague that killed tens of millions of people in Eurasia in the mid-14th century (the pandemic commonly known as the Black Death).

The good news, he said, is that fleas are the most common carriers, so if you take care of the fleas, you'll significantly reduce the likelihood of the disease spreading. And spraying a prairie dog population with insecticide is the most effective way to kill the fleas.

Additionally, the plague is treatable with antibiotics, thanks to modern medicine. The real threat is not getting it diagnosed in its early stages, because the initial symptoms are very similar to the common flu. If your doctor isn't made aware of any potential exposure to these prairie dog colonies — following a trip to Colorado to see a live Phish show, for example — the plague could get misdiagnosed.

But who knows? Maybe a live rendition of Phish's "Down With Disease" is all the state needs to stave off a major outbreak.