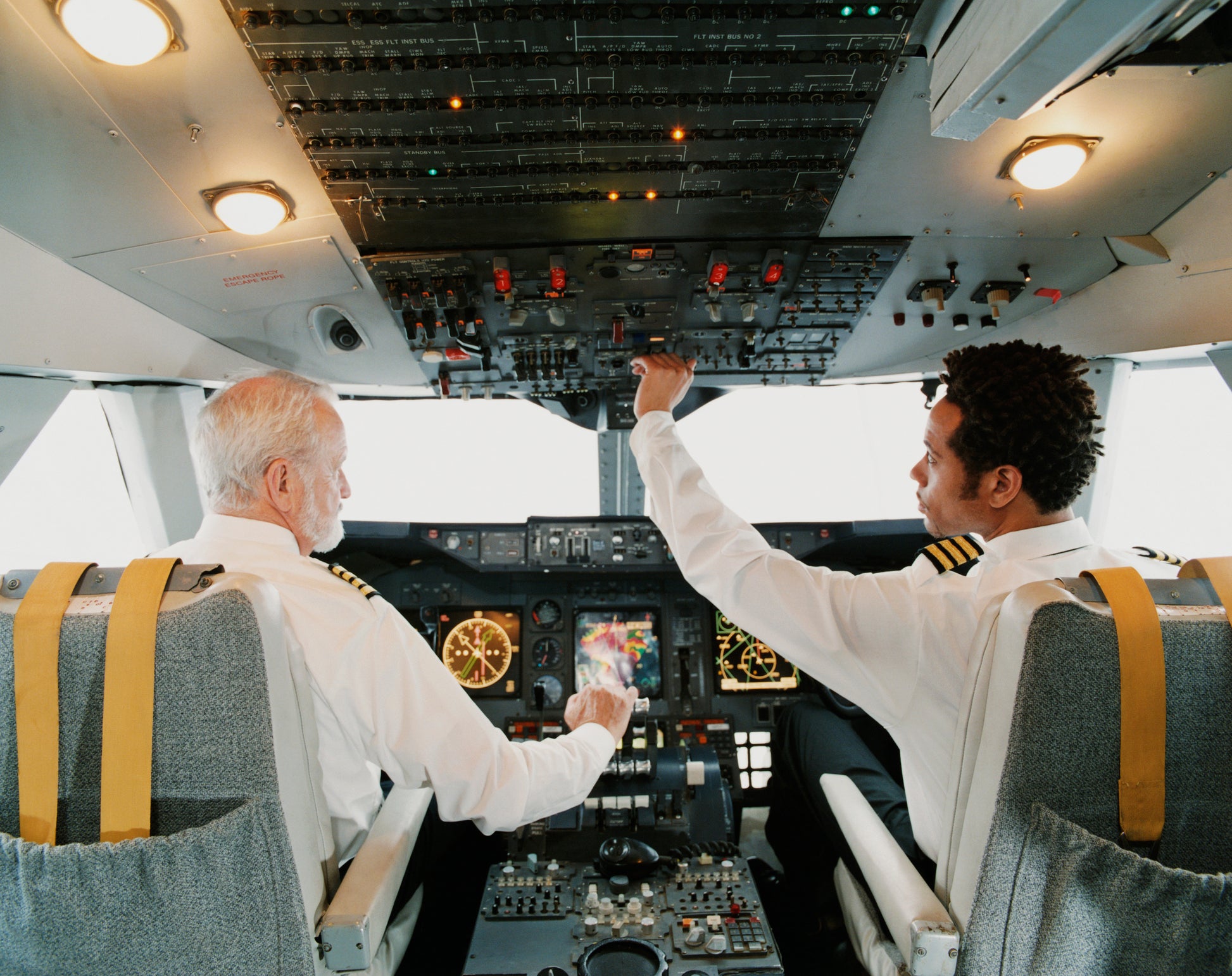 Pilots Perform Worse When Cockpit Air Quality Is Bad, Study Finds
This post contains references to products from one or more of our advertisers. We may receive compensation when you click on links to those products. Terms apply to the offers listed on this page. For an explanation of our Advertising Policy, visit this page.

Pilots failed to correctly perform several flight maneuvers when the air they were breathing wasn't sufficiently fresh, suggesting that stale cockpit air could lead to unsafe or deadly consequences, according to a study published Wednesday.

The Harvard University study, published in the Journal of Exposure Science & Environmental Epidemiology, saw teams of 30 active commercial pilots take three-hour turns as pilot and co-pilot in A320 flight simulators performing an increasingly difficult range of flying maneuvers including avoiding midair collisions, stalled engines and other emergencies without the use of autopilot. An FAA flight examiner stayed in the simulator with each team, scoring them on each procedure.

Those operating under a concentration of carbon dioxide of 700 parts per million (or roughly about average for a cabin in a previous study) had a 52% greater chance of passing FAA standards for the maneuvers than those operating at 1,500 ppm (that the previous study found that about 5% of cockpits had air that bad or worse). When compared to a CO2 concentration of 2,500 ppm, the baseline group of 700 ppm did 69% better than those in the bad-air group. The researchers began noticing the impaired performance after about 40 minutes with bad air, and the longer pilots stayed in cockpits with bad air, the worse they did.

"What we're learning is that air quality in the flight deck has to be part of the conversation when we're talking about pilot performance," lead researcher Joseph Allen, assistant professor and director of the Healthy Buildings Program at the Harvard T.H. Chan School of Public Health, said in a telephone interview.

The findings jibe with other studies on how bad air affects how well we function at complex tasks. In previous research, Allen and his team had found that even at carbon dioxide levels of 1,000 ppm, long thought to be perfectly safe, office workers performed their tasks noticeably worse and couldn't think as clearly. The Harvard team, however, was the first to look at the air in the cockpit, a notoriously difficult place to perform studies because of the security and safety issues.

In another of their studies, the team found that carbon dioxide levels in the cockpit during boarding, when the door of the flight deck was open to the cabin, had CO2 rates as high as 3,000 ppm. Paired with the observation that it only took 40 minutes before pilots began to fail more often at emergency maneuvers, it suggests that pilots may be cognitively less capable when they're performing one of the most critical stages of a flight, takeoff.

"The findings open up a whole host of other questions we want to answer, including the long-term implications, the lag effect of the higher concentrations of CO2 during boarding and when we see higher CO2," Allen said.

But research assistant Deborah Donnelly-McLay, herself a United Parcel Service 767 pilot and a professor of aeronautical science at Embry Riddle Aeronautical University Worldwide and at Everglades University, said it'll take a while before the industry could benefit concretely from the study.

"The pilot environment has been relatively underserved, and when pilots found out about our study, they were eager to participate," she said. "Currently, there's not really any change in procedures we can do, and more education and research is needed, but maybe this can help pilots' performances and make changes down the road."

The study didn't address how well pilots do when the cockpit is filled with vaping fumes, though two Air China pilots who tried the experiment learned it led to quick firings.