Articles
Ethan Steinberg has been a frequent flier for as long as he can remember. He went from studying abroad in Paris to moving to Shanghai after graduating college, where he covered all things travel in the Asia-Pacific region for TPG.
July 25, 2019
•
4 min read 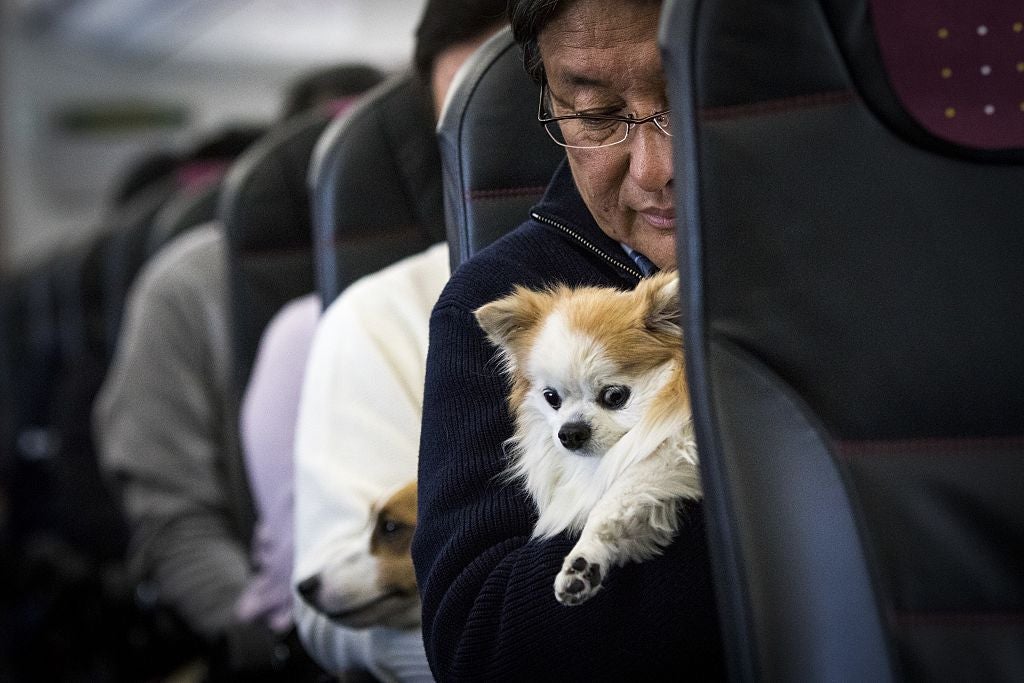 Traveling with a pet can be an incredibly stressful experience for both you and the animal. While you're worried about getting them from point A to point B in a safe and cheap manner, they're likely overwhelmed by a plethora of new sights, sounds and smells. TPG reader Joe wants to know what ticket types are allowed to travel with pets ...

[pullquote source="TPG READER JOE"]My wife and I are picking up our new puppy in Charlotte and bringing him back to New Jersey. He's over the 8 week requirement, but does American Airlines have any restriction on traveling with him if we're on a basic economy ticket?[/pullquote]

Joe has clearly done his research, as most airlines won't let you carry young animals until they've passed a certain age. While Joe's question referenced the eight-week requirement, most US airlines are actually much stricter than that. Below are the age requirements for pets on domestic flights with the major airlines.

Note that in addition to these age requirements, many airlines add other restrictions. American Airlines doesn't allow brachycephalic or "snub-nosed" dogs like pugs and bulldogs to be checked as luggage due to the risk of breathing problems, while it restricts all pets traveling from, to or through Southwestern airports like Phoenix (PHX) during the hottest months of the year. You can find a full list of these details for AA here.

Now back to Joe's question. While basic economy fares come with a whole host of restrictions — including no carry-on bags or seat selection and reduced mileage earning, depending on which airline you're flying — it's important to remember why basic economy was introduced. These "bare-bones" fares are meant to compete with low-cost carriers like Spirit and Frontier and give airlines a chance to up-sell more services and generate additional ancillary revenue. Pet travel is a great example of that. If you're checking your pet in the cargo hold, you not only can but need to pay the fees (which generally range from $100-$200) whether you're on a basic economy ticket or a first class award ticket.

Carrying pets in the cabin — like Joe wants to do for his young puppy — works in a similar way, as all three legacy carriers follow the exact same policy. In each case, simply pay the $125 fee and your pet is fine to travel in the cabin with you. This is true whether you're flying on United, which doesn't allow free carry-ons in basic economy, or Delta, which is a little more generous with carry-on baggage on these fares. The American Airlines website explaining the restrictions of basic economy even notes that "pets and special items that meet our guidelines can be carried on but will be subject to standard charges."

Basic economy was created to compete with low-cost carriers and allow major airlines to provide more a la carte pricing. Generally speaking, American, Delta and United don't miss an opportunity to charge passengers extra money through ancillary fees, and pet travel is no exception. Fortunately, Joe is fine to carry his eligible pet in the cabin on a basic economy ticket — as long as he ponies up the $125 fee.

Thanks for the question, Joe, and if you’re a TPG reader who’d like us to answer a question of your own, tweet us at @thepointsguy, message us on Facebook or email us at info@thepointsguy.com.