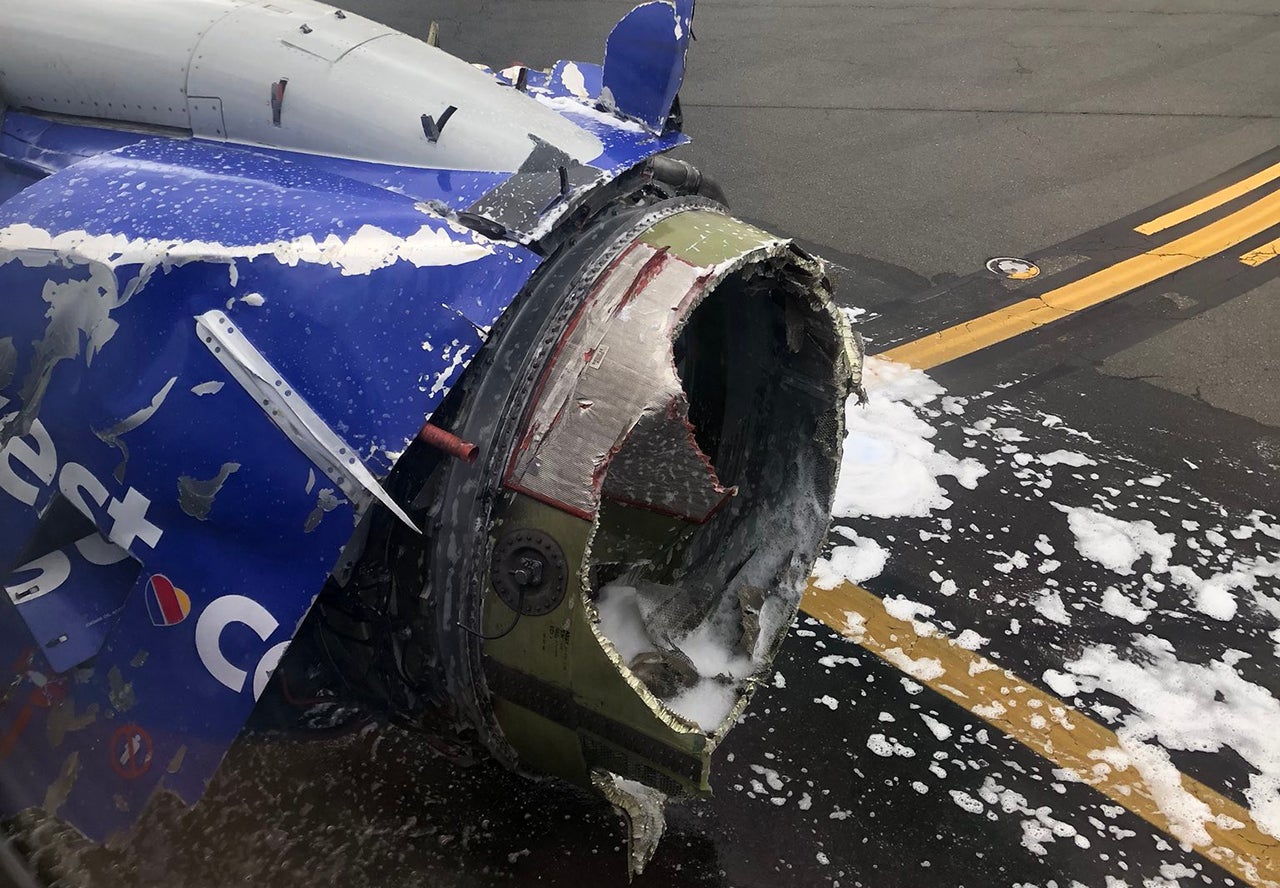 Passengers Sue Southwest Over Fatal Flight 1380
This post contains references to products from one or more of our advertisers. We may receive compensation when you click on links to those products. Terms apply to the offers listed on this page. For an explanation of our Advertising Policy, visit this page.

Eight passengers who were on board the deadly Southwest Flight 1380, in which an engine exploded and killed one passenger, filed a lawsuit Wednesday against Southwest Airlines, Boeing and the plane's engine manufacturers.

The passengers claim that due to the airline's and manufacturers' negligence, they suffered psychological and physical injuries after being "confronted with their greatest fear, the overwhelming horror of being trapped in a plane about to crash.”

The 20-page complaint further states that "Southwest negligently failed to reasonably monitor, inspect, test, service maintain and repair the Aircraft and the Engine to keep its aircraft reasonably safe for its passengers, and to remove from service aircraft that were not reasonably safe."

The plaintiffs are named as Cindy Candy Arenas, Jaky Alyssa Arenas, Jiny Alexa Arenas, Elhadji Cisse, Donald Kirkland, Beverly Kirkland, Connor Brown and Cassandra Adams. One additional plaintiff, Joe Leos Arenas, was not a passenger on Flight 1380, but states he should be included in the suit because he "suffered the loss of consortium of his wife, plaintiff Cindy Arenas, due to the devastating impact upon their marital relationship."

Southwest Flight 1380 was en route from LaGuardia (LGA) to Dallas Love-Field (DAL) on April 17 when, at about 30,000 feet, the Boeing 737's left engine exploded and sent shrapnel through a passenger's window, killing 43-year-old Jennifer Riordan. Riordan's family are not plaintiffs in the suit. The flight crew executed an emergency landing in Philadelphia (PHL) after the incident.

"As a direct result of the frightful, death-threatening Flight 1380 incident, each Plaintiff suffered severe mental, emotional and psychological injuries, including post-traumatic stress disorder and physical injuries," the lawsuit states.

During the chaos of the fatal un-contained engine failure, passengers posted on social media, sharing their fear in real time.

Marty Martinez posted a Facebook Live video from inside Flight 1380 as events unfolded. “Something is wrong with our plane! It appears we are going down! Emergency landing!! Southwest flight from NYC to Dallas!!” Martinez wrote. “We are bracing for landing!”

Martinez continued: “Flight attendants ran over calling for passengers to help cover the hole as they broke down and began uncontrollably crying and looking horrified as they looked outside. Plane dropped dramatically and it smelled like fire with ash coming down on everyone thru the vents. Absolutely terrifying, but we are okay.”

Legal experts had previously predicted that a lawsuit claiming psychological damages would be forthcoming.

“With respect to fear of dying, every case is different,” aviation personal injury attorney Tom Demetrio, who also represented Dr. David Dao in the infamous United dragging case, told TPG in April. “For the most part, these people will have a very real claim with respect to how this will play out in their individual lives. Some people might not want to look at a plane again.”