Articles
Brian Biros spent most of the last 15 years backpacking through 100+ countries. He writes TPG's Points & Miles Backpacker column, so you'll more likely find him in a hostel than a Ritz, if you can find him.
Follow
Jan. 07, 2019
•
8 min read 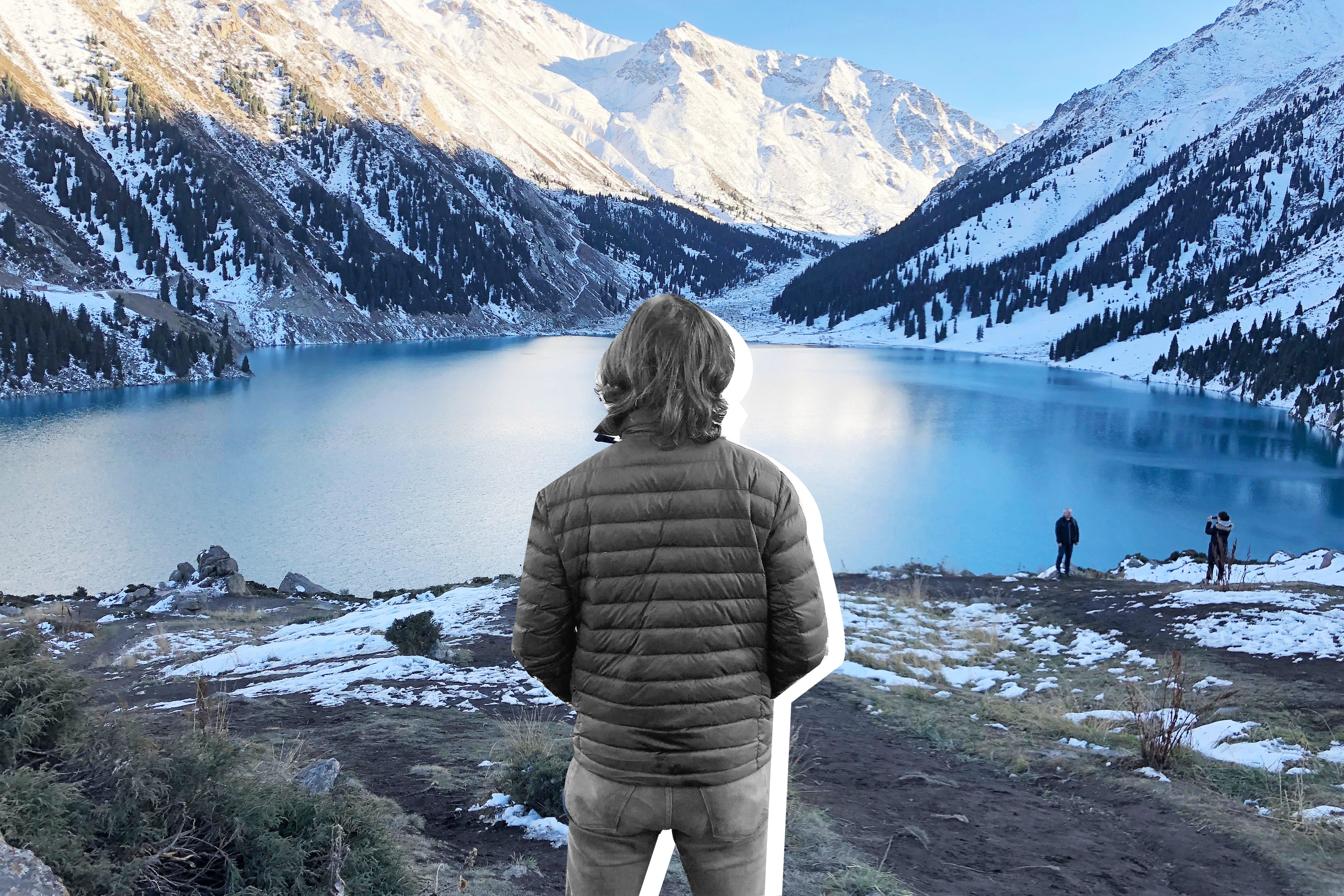 The Points & Miles Backpacker is a weekly column appearing every Monday. TPG Contributor Brian Biros, who has backpacked the globe for the past 15 years, discusses how to fund this adventurous, budgeted and increasingly popular form of travel with points and miles. He’ll also explore all things backpacking-related. Read his story here and high-level approach here. On the first Monday of every month, he explores an off the beaten path location.

The lure of Kazakhstan rarely reaches the US, and many people would be hard-pressed to locate the former Soviet republic on a map, much less find a reason to travel there. But this is certainly part of Kazakhstan's appeal. The lack of western influence for most of the 20th century and a slow emergence onto the global stage have left it largely uncharted by western tourism. As a result, intrepid travelers will find plenty of surprises on a trip to Kazakhstan.

As the ninth largest country in the world, Kazakhstan's mountains and plains can satisfy every type of traveler. Cities range from the futuristic planned capital of Astana to rural villages still heated by coal and lacking indoor plumbing. Here, travelers will discover a wide variety of unexpected experiences.

But perhaps one of the best reasons to visit Kazakhstan is the unbelievable Kazakh hospitality. It can be extreme, and recipients may find themselves in a peculiar territory just short of smothering. Skeptical travelers will wait for a carpet sales pitch, perfume samples or an ulterior motive that will never appear. In reality, the Kazakh people are just that concerned with the enjoyment of their guests. An empty plate or tea cup will be filled beyond requests to stop until it is left unfinished. And that plate may even hold a sheep's brain (more on that later).

The people of Kazakhstan are extremely welcoming and genuine, and that hospitality should be embraced and reciprocated in any way possible.

Things to Do in Kazakhstan

The Submerged Trees of Lake Kaindy

The turquoise waters and mountainous setting would be enough to warrant a visit to Lake Kaindy, but its submerged trees draw the most awe. An earthquake in 1911 triggered a landslide that formed a natural dam, and snow melt created the lake, submerging a portion of the spruce tree forest. The extremely cold water has preserved these trees for over a century, and their barren tops stick out from the surface like toothpicks embedded in a gelatin dessert.

You can get a very different perspective from beneath the surface, where vegetation clings eerily to the intact branches. The dive is fairly advanced, however, due to the temperature and altitude.

In 1969, a more than 2,000-year-old mummy adorned in gold was discovered in a burial mound called the Issyk kurgan. This "man" (the gender is actually unknown) is thought to be royalty, but was largely ignored by the Soviet Union. It has since become a symbol of Kazakh history, pride and independence.

Kazakhstan recently announced that the remains of the Golden Man would be reburied in a time capsule, in the hopes that advanced technology from the future will be able to reveal more about the mysterious mummy. The golden armor, however, which was pieced together from 4,000 artifacts, is proudly on display in the capital of Astana.

The Mausoleum of Khoja Ahmad Yasawi

With a grandeur that evokes World Wonders, the Mausoleum of Khoja Ahmed Yasawi was built in the 14th century, 200 years after his death. Unfortunately, construction on the ornate tomb to the beloved Turkic poet and Sufi mystic was halted after the conqueror Timur, who commissioned the structure, passed away.

From various angles, the mausoleum tells very different stories. From behind, it is a revolutionary piece of design: The birthplace of Tumerid architecture that inspired future masterpieces including Humayun's Tomb and the Taj Mahal. From the front, you see a snapshot of 14th century construction, as the vision for this 16-year-old project died with its commissioner. Original wood scaffolding still protrudes from the facade.

The City of Almaty

Kazakhstan's most cosmopolitan city is its version of New York. Like the Big Apple, Almaty has the largest population in the nation, and it's extremely diverse. It also offers the best options for dining and nightlife. The city's original name even translates to, "the Father of Apples," as they claim the fruit originated in this region. The single biggest difference between the two cities, however, is price. While more expensive than elsewhere in Kazakhstan, expect to pay in Almaty about a quarter what you would for comparable meals and lodging in its American counterpart.

The city also has a stunning mountain backdrop. The Trans-Ili Alatau range is home to extensive hiking trails, peaceful mountain lodges and the idyllic Big Almaty Lake. You'd never know you're less than hour outside the big city.

What to Eat in Kazakhstan

In addition to beautiful natural attractions and historic landmarks, Kazakhstan is also home to extremely adventurous cuisine. Here, you'll find beshbarmak on restaurant menus. Considered the national dish of Kazakhstan, this plate of boiled meat and noodles is usually prepared with horse meat. In Kazakhstan, eating horse meat and drinking horse milk is just as common as eating beef and drinking cow milk.

And at special occasions such as weddings and birthdays, various parts of a boiled sheep's head — including the brain, eyes and tongue — are often presented to honored guests.

All References to Borat

I didn't want to mention this character, but based on the number of people that have asked me about him, it's a safe bet many of you thought of Borat when you read Kazakhstan. As I'm sure you know, Borat is a completely fictional character with an equally fictional connection to Kazakhstan. Even the Kazakhstan scenes in the "Borat" movie were actually filmed in a Romanian village. Bringing up Borat to a Kazakh is like quoting "Fargo" to a North Dakotan. So it's best to just suppress any urges to make Borat references.

Summertime is typically the best time to visit Kazakhstan. You can enjoy the great Kazakh outdoors, and the Kazakh people are celebrating not being in hibernation. However, the summer heat can rise above 100 degrees in parts of the country, so plan accordingly.

Winters are long and extend well into what we consider fall and spring. In the east and north, snow covers the ground from November through April, and the coldest days can dip below negative 40 degrees. If you want an Instagram video of a pot of boiling water vaporizing after you throw in it the air, this is your chance. But otherwise, save your trip for the summer.

One notable exception is the Shymbulak Ski Resort. The resort is just 20 minutes south of Almaty, and lift tickets range from $10 to $22 a day. Seriously! If you want a week on the slopes, it may actually be cheaper to book your vacation to Almaty than to Colorado. Also don't miss the massive Medeu Ice Rink at the base of the gondola. This relic of the Soviet era is open for public use for only $5 a day.

Flights to Almaty from the US start around $700 round trip, and all require a stop (Aeroflot via Moscow; Ukranian via Kiev; Turkish via Istanbul; and Lufthansa via Frankfurt). Award tickets normally cost 80,000 miles round trip, so cash tickets are basically always a better value. Also, a 30 day visa on arrival is required, but free for US passport holders.

Within Kazakhstan, domestic flights are routinely $50 one way on a handful of domestic airlines you've likely never heard of. Use these to find even more Kazakh destinations, adventures and experiences.