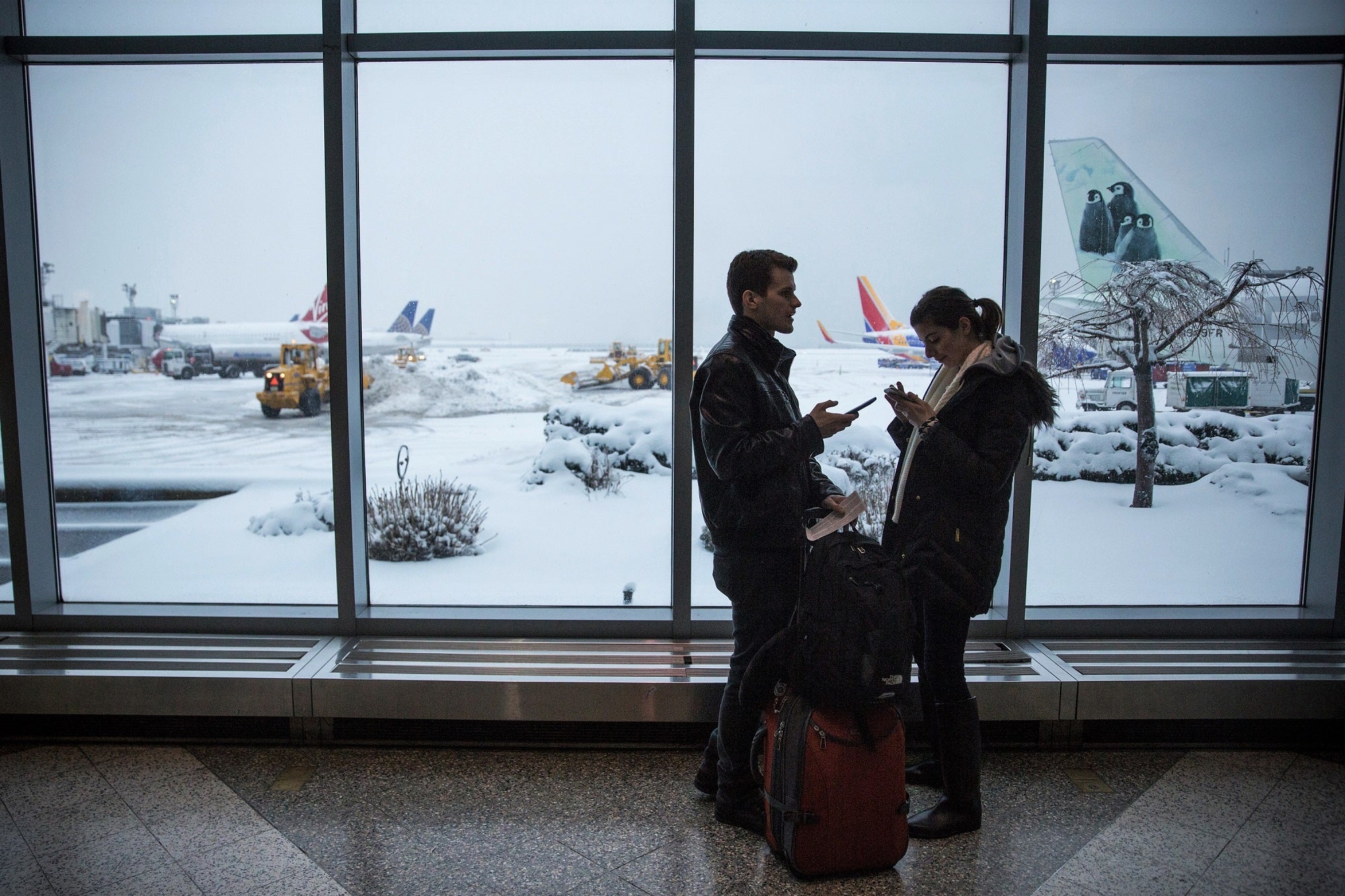 Spring might have officially started days ago, but that's not stopping yet another winter storm from hitting the Northeast region. Although not as severe as the four nor'easters that pummeled the area, this storm is expected to bring about two to six inches of snow from Pennsylvania to coastal New England, the Weather Channel reports.

By 8:00am on Monday, New York's Central Park had accumulated 4.8 inches of snow — the most snowfall in one day the area has seen in April since 1986. So far, nearly 600 flight cancellations have been reported by Flight Aware.

Several airlines have issued travel waivers for airports in the region. As of 10:30am, here the available waivers:

The change fee will be waived if you don't change your origin or destination city. You must rebook in the same cabin or pay the difference.

Customers may rebook their flights for travel through Wednesday, April 04, 2018 online in the Manage your Flight section of jetblue.com or contact us at 1-800-JETBLUE prior to the departure time of their originally scheduled flight. Customers with cancelled flights may also opt for a refund to the original form of payment. Original travel must have been booked before Sunday, April 01, 2018.

The change fee and any difference in fare will be waived for new United flights departing on or before April 5, 2018, as long as travel is rescheduled in the originally ticketed cabin (any fare class) and between the same cities as originally ticketed.​​