Articles
Max Prosperi is a part-time frequent flyer and travel writer and full-time student. Based in St. Louis, Missouri, Max covers a variety of topics with a focus on points, miles, and aviation.
Follow
Nov. 18, 2018
•
6 min read 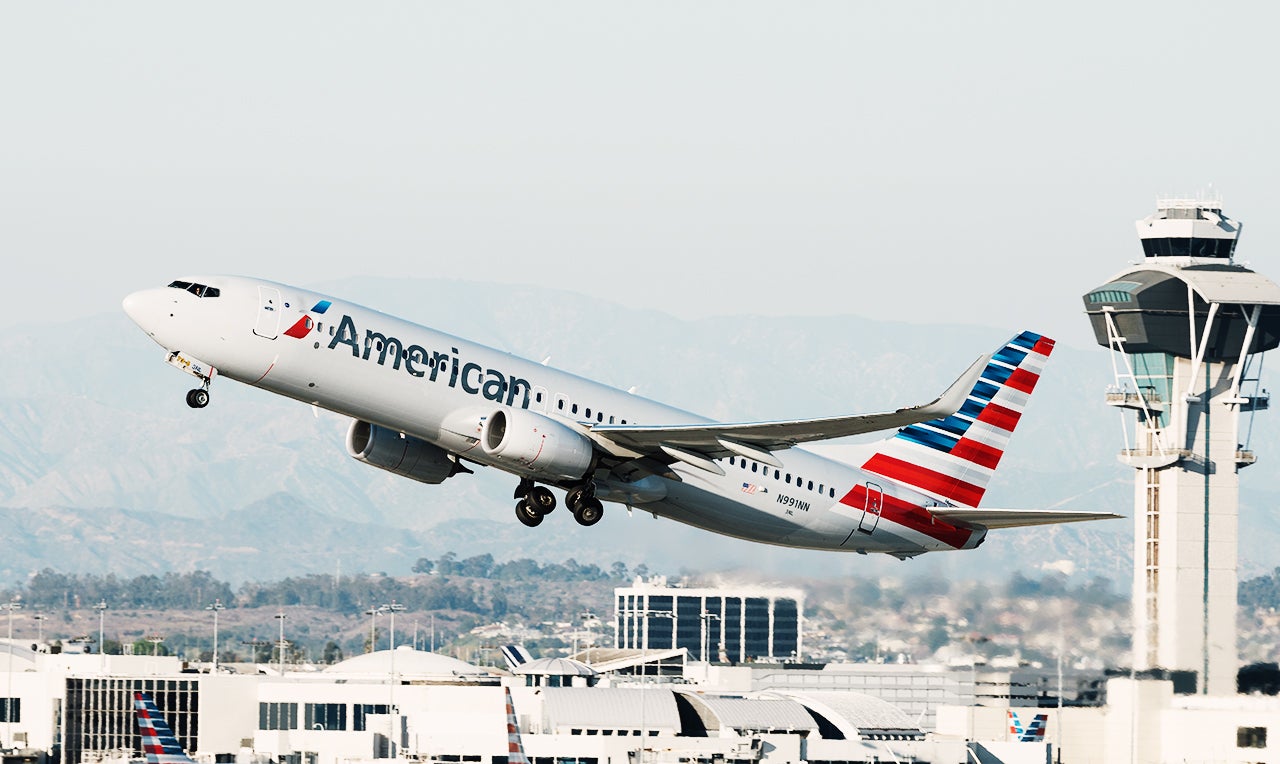 Score Nonstop Transcontinental Business Class for Just 25K AAdvantage Miles
This post contains references to products from one or more of our advertisers. We may receive compensation when you click on links to those products. Terms apply to the offers listed on this page. For an explanation of our Advertising Policy, visit this page.

The American Airlines AAdvantage program has a couple of fantastic soft spots on the award chart. Though many readers may disagree, the AAdvantage program — in terms of mileage redemption for award flights — is one of the best programs globally. While AAdvantage is a popular way to redeem miles for inexpensive flights in business class to the Middle East, there are other soft spots.

The AAdvantage program, thanks to its partnership with Alaska Airlines, allows travelers to fly nonstop from Los Angeles (LAX) to New York-Kennedy (JFK) in business class for just 25,000 miles one-way. Here's how.

American Airlines offers one of the more competitive business class products on flights between Los Angeles (LAX)/San Francisco (SFO) and New York City. Additionally, it's the only airline to offer a third class of service, First Class, on its premium transcontinental flights. This means that roughly 42% of the seats on the airline's Airbus A321T, which were designed for premium transcontinental flights, are lie-flat seats. And while there are growing concerns with American Airlines' soft-product, meal service and onboard amenities, the airline's hard product is one of the better ones out there.

It's understandable that, for many loyal AAdvantage members, forgoing the comfort of a fully lie-flat seat may not be very desirable. However, the catch to the 25k miles for nonstop coast-to-coast business class is just that: forgoing American's hard-product.

While Alaska Airlines' Boeing 737s are quite bland and boring, the ex-Virgin America product is a relatively premium experience. Though this will eventually change, all ex-Virgin America Airbus A319s, A320s and A321NEOs feature seatback in-flight entertainment, power outlets, generous legroom, funky mood-lighting and what is more or less a solid business class product. It just so happens that many of Alaska Airlines' transcontinental flights are still operated with Virgin America aircraft. This means that AAdvantage members can book a seat in Virgin America's premium business class product on nonstop flights between major coastal US cities.

All Alaska Airlines flights are MileSAAver awards, which will cost 25,000 per leg. This 25k-mile price tag also applies to nonstop flights between cities such as Los Angeles, San Francisco and New York. In comparison, American Airlines' business class product will run AAdvantage members a minimum of 52.5k miles for nonstop flights. Though Virgin America's first class product isn't fully lie-flat, it's still quite premium. There are eight first class seats per aircraft (12 on A321NEO aircraft) each equipped with power outlets, personal in-flight entertainment and leg rests coupled with a significant amount of recline.

Do note, however, that not every nonstop Alaska Airlines transcontinental flight is the same. Alaska Airlines operates its own pre-merger aircraft on multiple daily flights. These Boeing 737s are quite old and far less premium than what any other airline offers on the same routes.

Any trace of Virgin America's fresh, healthy and hip cuisine is, for the most part, obsolete as well. However, Alaska Airlines has attempted to carry on this west coast cuisine. This is potentially one aspect of the premium service that flyers might actually enjoy more than what's served on American Airlines.

Here's How Much You Could Save Flying Alaska Airlines

The latest TPG valuations put AAdvantage miles at 1.4 cents per mile. This means that a nonstop flight from Los Angeles or San Francisco to New York on Alaska Airlines in Virgin America first class costs just $450. Compared to the average paid fare of around $700, that is an amazing deal.

While Alaska Airlines' ex-Virgin America business/first class hard product is nowhere near what American Airlines offers in its two flagship transcontinental premium cabins, the soft product and service is comparable. On average, if you pick a nonstop transcontinental flight on Alaska Airlines versus American Airlines, you will save more than $500, or 37,000 miles per flight.