Articles
Max Prosperi is a part-time frequent flyer and travel writer and full-time student. Based in St. Louis, Missouri, Max covers a variety of topics with a focus on points, miles, and aviation.
Follow
Feb. 02, 2019
•
4 min read 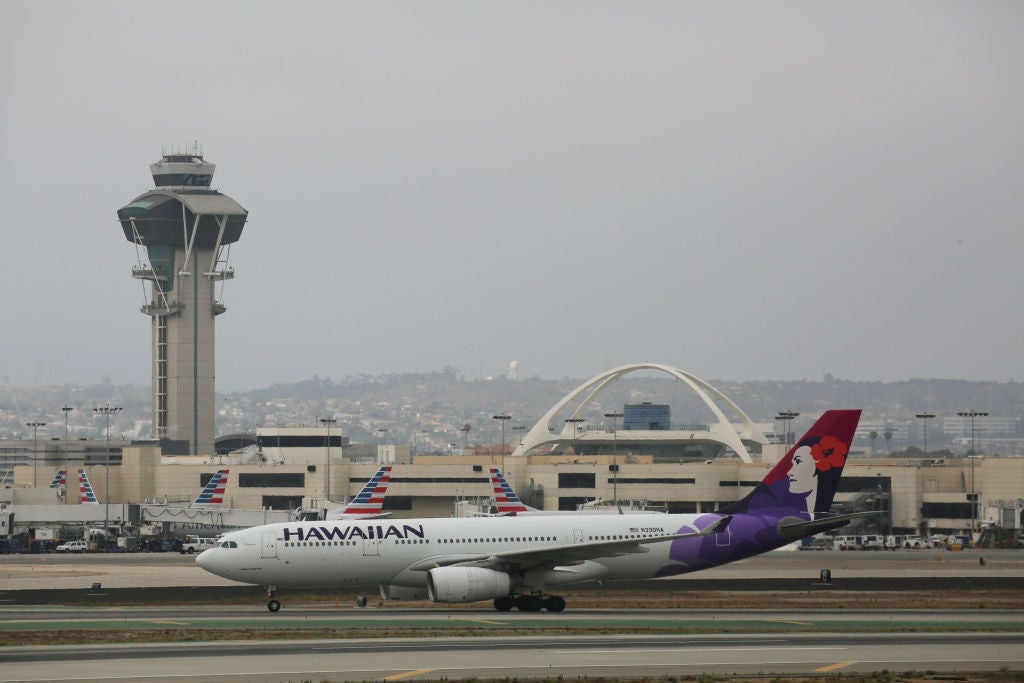 Nightmare Hawaiian Airlines Flight Spends 3 Hours Airborne Flying LAX to LAX to... LAX
This post contains references to products from one or more of our advertisers. We may receive compensation when you click on links to those products. Terms apply to the offers listed on this page. For an explanation of our Advertising Policy, visit this page.

A Hawaiian Airlines flight from Los Angeles (LAX) bound for Maui-Kahului Airport (OGG) departed Los Angeles International Airport two separate times before the airline ultimately canceled the nightmare flight. Hawaiian Airlines flight 33 was originally scheduled to depart LAX at 9:00am, arriving in Maui around 1:05pm. While the flight did depart on time, the flight never made it to its destination. Multiple issues involving separate onboard systems forced the aircraft to return to LAX two separate times, resulting in a nightmarish 12+ hour delay.

Hawaiian Airlines flight 33 operates on a daily basis and, according to Flightradar24, the flight from LAX to Maui has a consistent track record of departing and arriving on time. Unfortunately for the 207 passengers on board flight 33 this past Friday, the flight was anything but punctual.

While diversions are one of the worst scenarios any traveler could encounter, occasionally, they are inevitable. In most cases, diversions are handled swiftly and efficiently. In the case of Hawaiian Airlines flight 33, Hawaiian Airlines hoped to resolve the issues reported by the flight crew and eventually use the same aircraft for the flight to Maui later in the day.

After a little more than 5 hours later, Hawaiian Airlines flight 33 took off once again. However, the efforts to diagnose and repair the issues plaguing the 5-year-old Airbus A330-200 were ultimately in vain. Only minutes after the aircraft had departed LAX, the aircraft experienced additional complications with some of its in-flight systems. The aircraft climbed to 8,000 feet, at which point the pilots circled the airport attempting to resolve any issues affecting the flight. However, the aircraft ultimately returned back to LAX for a second time.

Luckily for the 207 passengers on-board Hawaiian Airlines flight 33, the second unsuccessful flight lasted only an hour and fifteen minutes before the aircraft was back on the ground and taxing to the gate. By that time, passengers had been in the air for more than two and a half hours and had traveled a total of nearly 800 miles yet they ended up right where they had started. Overall, passengers had spent almost 12 hours either at LAX or just off the California coast.

Following the second unsuccessful flight, Hawaiian Airlines made the decision to cancel flight 33. Hawaiian Airlines refunded the cost of the flight and provided passengers with a $100 voucher for future travel as well as hotel and meal vouchers. Travelers were eventually accommodated on later flights.

Hawaiian Airlines told CNN that the issues were related to ETOPS operations. ETOPS is an internationally mandated program involving certification of twin-engine aircraft for long-haul operations, often for flights in which an extended period of the flight is over water. ETOPS ensures that twin-engine aircraft can safely operate long-haul flights while minimizing the risks of engine and system failures. Passengers likely weren't too thrilled with spending 12+ hours at LAX, however, in the unlikely event that the aircraft would have experienced a catastrophic failure, the outcome would have been far worse.

We have reached out to Hawaiian Airlines for a statement on the flight and will update this post with additional information.