Hotel in Nairobi Under Attack; Reports of Blasts and Gunfire 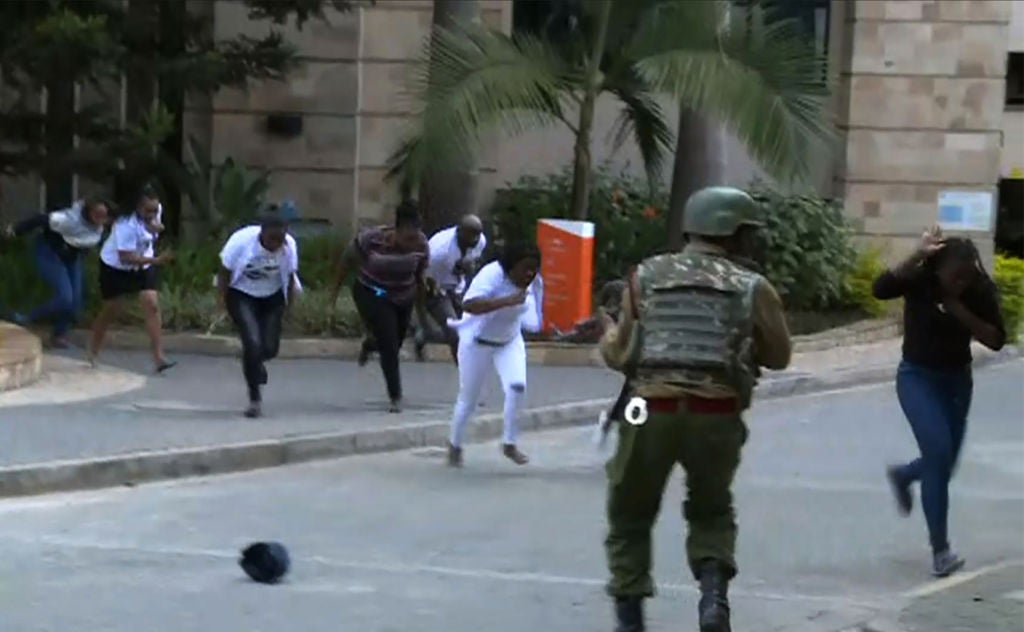 Hotel in Nairobi Under Attack; Reports of Blasts and Gunfire

A boutique hotel complex in Nairobi, Kenya, is reportedly under attack as of Tuesday afternoon local time.

Witnesses reported seeing four armed men enter the DusitD2 hotel complex in the capital city's upscale Westlands district at about 3pm local time. Reports of two blasts and automatic gunfire followed. The hotel's offices are reportedly housed in the compound next to the hotel.

According to the BBC, local police are treating the incident as a terror attack. Officers, along with anti-terrorism forces, are trying to regain control of the complex and rescue people still trapped inside the building, the Guardian reports. Reports painted a chaotic scene, with vehicles in the parking lot on fire, bystanders fleeing and ambulances and firetrucks rushing to the scene as police scrambled to cordon off the area and rescue other victims. Plumes of thick smoke rose above it all.

"I just started hearing gunshots, and then started seeing people running away raising their hands up and some were entering the bank to hide for their lives," one witness working in a nearby building told Reuters.

Another worker in a nearby building said he barricaded himself inside his office with coworkers after hearing "several" explosions. "We have no idea what is happening," the worker, Simon Crump, told AFP. "Gunshots are coming from multiple directions."

The US Department of State issued a security alert for US citizens in Nairobi. "There are reports of gunfire and explosions in the vicinity of the Dusit II Hotel, in the Westlands neighborhood of Nairobi," the alert read. "Avoid the area and move or remain in known safe areas until further notice." Additionally, the US Embassy in Nairobi advised US citizens in the area to monitor local media for update and notify friends and family of their safety.

According to its website, the DusitD2 hotel is a boutique hotel "minutes away from the central business district" in a secure area located in a "suburb" of Nairobi.

This is a breaking news story. We will update with more information as we have it.