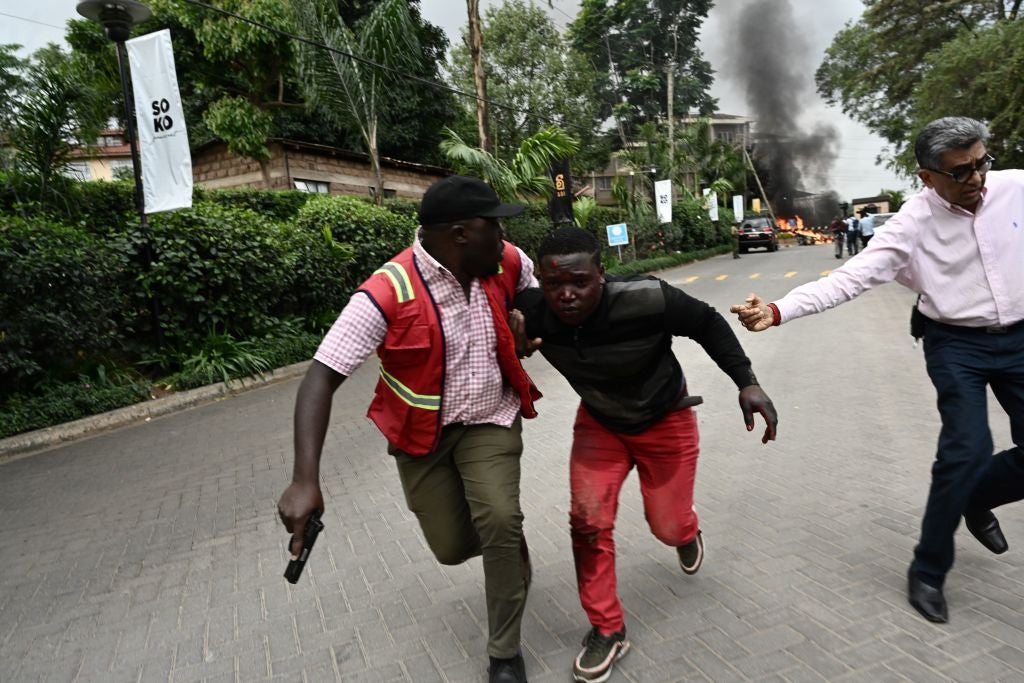 Kenya's president confirmed Wednesday that at least 14 people were killed in a sudden terrorist attack at a hotel in Nairobi's Westlands neighborhood.

"As of this moment, we have confirmation that 14 innocent lives were lost through the hands of these murderous terrorists, with others injured," Presiden Uhuru Kenyatta said in a broadcast Wednesday morning, according to ABC News. "We are grieving as a country this morning, and my heart and the heart of every Kenyan goes out to the innocent men and women violated by senseless violence." Additional bystanders sustained injuries, Kenyatta noted.

The attack began in the upscale neighborhood on the edge of the capital city Tuesday afternoon local time, when four gunmen stormed the DusitD2 hotel complex, setting off explosions and automatic gunfire. Local police officers and anti-terrorist forces secured the area around the hotel and evacuated other guests, but an hours-long standoff ensued and lasted into the night.

Reports described a chaotic scene, with cars on fire, thick columns of black smoke, pools of blood, survivors fleeing the complex and intermittent bursts of gunfire.

There were about 700 survivors of the attack, which lasted a total of 19 hours, the BBC reports. Survivors recalled barricading themselves inside different parts of the hotel, hiding from the attackers who were reportedly randomly shooting people.

"We are crammed inside the toilet with a number of guys," NTV reporter Silas Apollo told the BBC in a message on WhatsApp during the attack. "They have been combing the building and shooting aimlessly. It's too scary to imagine."

Officials said late Tuesday night that all four gunmen had been killed in the attack, and the compound was finally secure.

At least one of the 14 victims was an American, according to the US Department of State. Jason Spindler, the founder and managing director of I-DEV International, "was tragically among the fatalities," the company confirmed to ABC. The company has an office in Nairobi.

DusitD2 is an upscale hotel that is said to be popular with foreigners.