One Passenger 'Unaccounted for' After Air Niugini Flight Crash

Articles
Katherine Fan is a former senior travel features reporter at The Points Guy who covered everything from personal finance to travel and aviation.
Sept. 29, 2018
•
2 min read 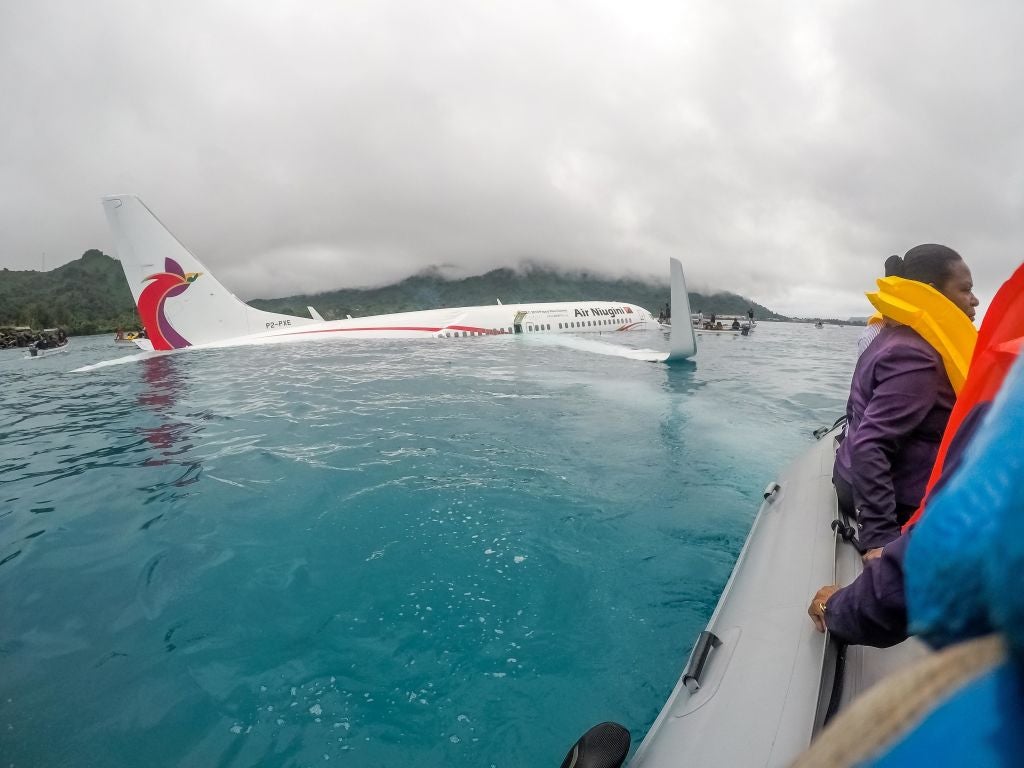 One Passenger 'Unaccounted for' After Air Niugini Flight Crash

Air Niugini announced Saturday that a male passenger from crashed Flight 73 was unaccounted for. The airline previously stated that everyone on board had been rescued from the Boeing 737-800 that sunk into 100 feet of water Friday just past the Chuuk International Airport (TKK) runway in Micronesia.

Papua New Guinea's flagship airline released a statement on its website saying, "As of 12:30pm today, we are unable to account for a single male passenger and are working with the local authorities, hospitals and investigators to locate this passenger who was aboard our flight PX 073. Initial on scene reports had indicated that all passengers and crew had been safely evacuated from the aircraft. The airline confirms that all other passengers and crew have been accounted for.

We are presently working with the embassy and the passenger’s travel facilitator to contact his family, as well as continuing to work with on ground responders to locate this man. Locating him, as well as providing ongoing support to the other passengers, crew and families is and remains our primary concern. We will provide updates as they are available.

We are also in the process of transferring the passengers and crew from PX 073 to Port Moresby, whilst six passengers remain hospitalized in Micronesia. We are pleased that we have been advised that all passengers in the hospital are in stable condition."