Meet the veterans who work for The Points Guy

Articles
Katherine Fan is a former senior travel features reporter at The Points Guy who covered everything from personal finance to travel and aviation.
Nov. 12, 2019
•
6 min read 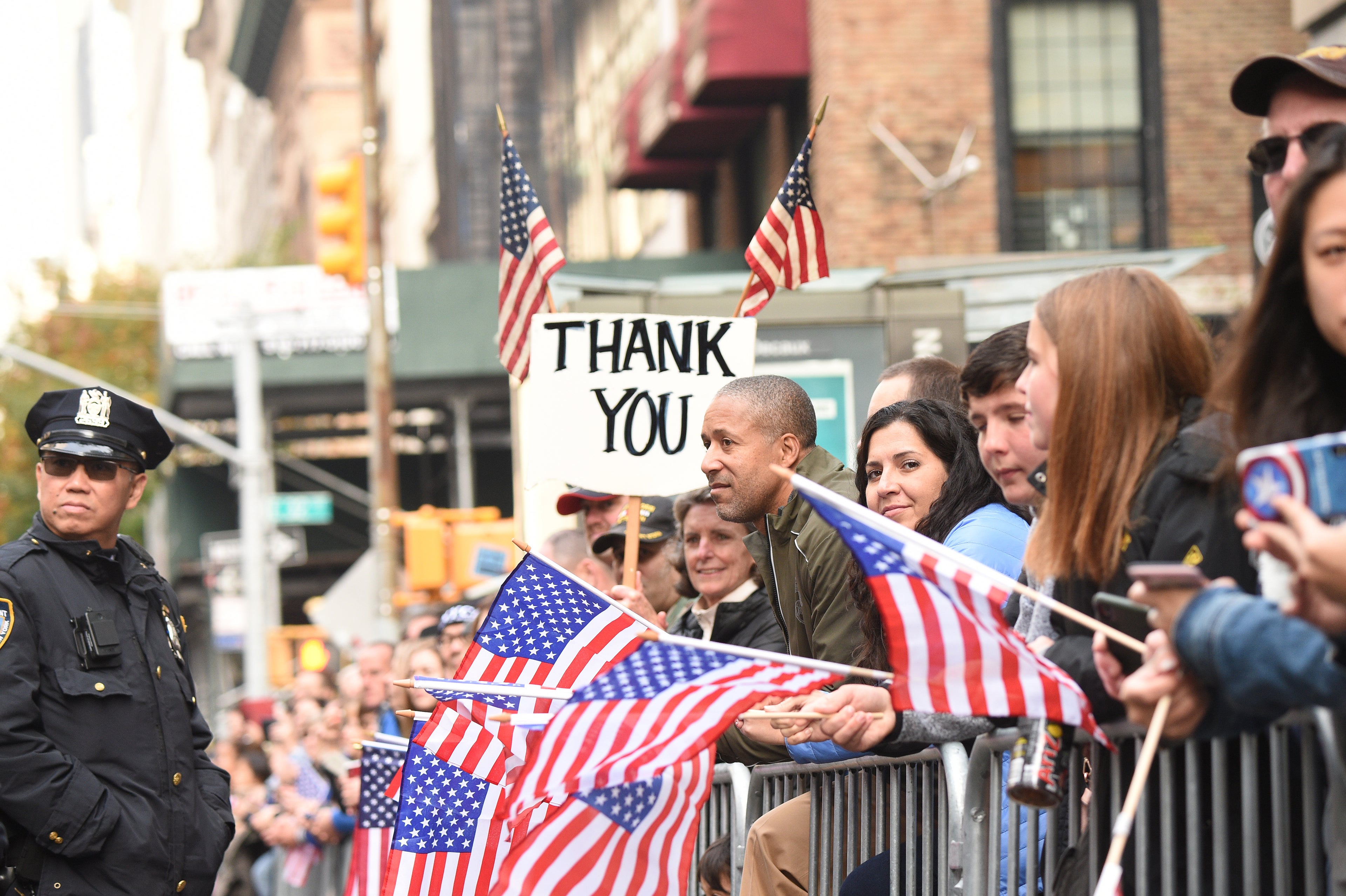 The Points Guy has rapidly grown from a one-person blog in 2010 to a company with close to 100 employees today. None of it would have happened without the people behind it all. And on this Veterans’ Day, we want to honor and thank the veterans on our staff for their service to the United States.

TPG's Loyalty and Engagement Editor Richard Kerr spent nine years in the Navy as a supply-corps officer, separating as a lieutenant in 2017. During his time in the Navy, Kerr completed tours on the ballistic-missile submarine USS Kentucky and the aircraft maintenance depot in Atsugi, Japan; served as an assistant logistics officer on the Marine One presidential helicopter; and completed four Pacific Ocean strategic deterrence patrols.

Richard became hooked on points and miles while deployed in countries such as South Korea, Bahrain, Kuwait, Malaysia and in Guam, because he couldn’t afford to travel home for the holidays on an officer's pay. Thanks to points and miles, he was able to fly his family back and forth from their home base in Japan, and explore various countries across Asia together during his downtime.

Today, Richard continues to serve others by building communities and breaking down complex travel strategies and systems. Some of his most popular posts for The Points Guy include guides on maximizing Chase Ultimate Rewards and American Express Membership Rewards to juice out the best possible redemptions. How would he know? He's done it firsthand — for example, by combing through all 1,008 pages of the Joint Travel Regulations, or JTR, which governs all travel booked with taxpayer funds by armed forces personnel. Amongst many other roles at TPG, Kerr helms The Points Guy's Facebook communities, including the TPG Lounge as well as a group specifically for small business owners looking to maximize their business expenses. One of Richard's best recent discoveries includes Freebird, the $19 insurance plan that rebooks him on the next flight regardless of airline, whenever his domestic trip is delayed or canceled.

Senior Points and Miles Reporter Carissa Rawson grew up in a tiny town in California, dreaming of the world beyond the high desert mountains surrounding her home. She joined the Air Force while still in her teens, hoping that a military career would give her the travel opportunities to which she aspired. She served as an Arabic linguist for seven years, deploying to Jordan in 2015 as part of Operation Gallant Phoenix.

"Unfortunately," she says, "no one told me that being a linguist means they basically park you in a single duty location, and you'll deploy once if you're lucky. So since I wasn't traveling for duty, I started looking elsewhere for means to travel." While in active service, Rawson discovered The Points Guy and began utilizing sign-up bonuses to help her travel around the world. That's how she visited destinations such as Japan, using a British Airways cobranded card sign-up bonus; Norway, scoring a free night in Tromsø thanks to the Citi Prestige's fourth-night free perk; and the Dominican Republic, redeeming Avios for a short-haul flight out of Miami, Florida.

Nowadays Carissa has given up Arabic for the language of points and miles, expertly translating the implications of loyalty-program shifts, for example offering up helpful alternatives for travelers looking to ditch United but stick with Star Alliance. You can also read her about how she spent a semester studying abroad in Egypt living out of a hotel instead of cramming into a student dorm; why she believes in buying her way to elite status when it makes sense; and how she advocates for dining with strangers while traveling.

Senior mobile engineer Tristan Newman got his start in Portsmouth, VA, where his high-school aptitude for physics and science at the AP level made him a natural fit for an engineering role in the Navy. After he enlisted, Newman completed his studies in nuclear, mechanical and electrical engineering through 14-hour days of hands-on application as well as 20 hours of study each week over two years of school, as well as a stint onboard the USS Norfolk submarine. Tristan's operational training quickly provided him with the skills to handle electrical maintenance and operate the nuclear reactors on the submarine, where he was in charge of the people who calibrated all of the instruments on the ship.

His time in the Navy jumpstarted Newman's interest in the world outside of the United States, allowing him to visit Italy, Greece, Bahrain, the tiny island of Diego Garcia in the Indian Ocean, and Israel. His experience in Israel led him to Poland, where he pursued a four-month mini-retirement after leaving active military service. Tristan also credits his Navy days for the downtime that led to his passion for entrepreneurship, where he read about anything and everything that sparked his interest. "Being on a submarine was such a restriction on my time that it led me to ask some of the bigger questions: soul-seeking, journaling, digging out my psychology and what I really want in life," he says.

These days, Tristan is part of the team creating The Points Guy's new app. Outside of the office, he blogs about his travels and food, and coaches others on how to design the lives they want to live.

Senior engineer David Cannon traveled to more than 20 countries over the course of his 22 years of active service, but most of those destinations weren't fancy holiday locales. David completed two yearlong combat tours in Iraq and three in Afghanistan, as well as six months in Kosovo and Bosnia. In the US, he spent four years in Fort Bragg and six in Fort Hood. Italy treated him well, however — Cannon met his Romanian wife there, and was stationed at Vicenza for 12 years. He served in various capacities, including 16 years as a paratrooper. By the time David retired, he held the rank of master sergeant and was a master-rated parachutist, an Army Ranger, an Army Pathfinder and had twice been decorated for valor for actions in combat.

Today he is a senior engineer for The Points Guy, based out of our Austin office.

Related stories
How to get free or cheap drinks on a cruise
Carnival Celebration: What we loved and what needs work on Carnival's newest, biggest ship
Earn bonus points on paid stays with IHG's Cyber Monday promotion
Today only: Save up to 50% on United award flights to Asia, Australia and Europe
Featured image by Getty Images

Our points-obsessed staff uses a plethora of credit cards on a daily basis. If anyone on our team wouldn’t recommend it to a friend or a family member, we wouldn’t recommend it on The Points Guy either. Our opinions are our own, and have not been reviewed, approved, or endorsed by our advertising partners.
See all best card offers
Related stories
Guide
How to get free or cheap drinks on a cruise
Guide
Carnival Celebration: What we loved and what needs work on Carnival's newest, biggest ship
News
Earn bonus points on paid stays with IHG's Cyber Monday promotion
Deals
Today only: Save up to 50% on United award flights to Asia, Australia and Europe