Articles
Jordan Allen has produced content for TPG on everything from travel trends to flight deals.
Follow
Aug. 08, 2019
•
6 min read 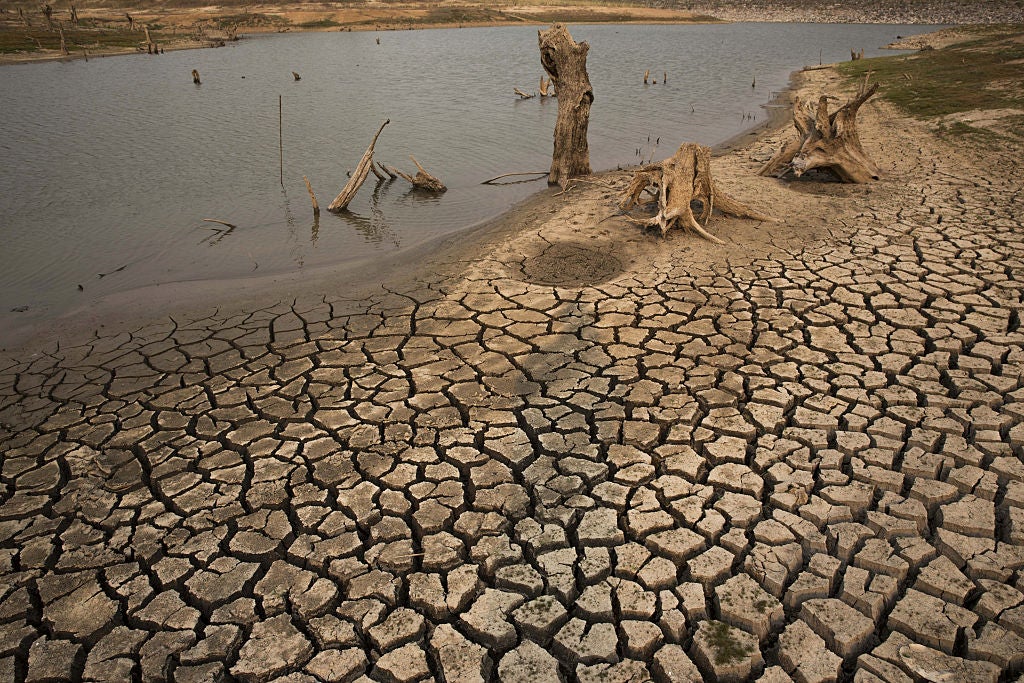 Lost Temple Emerges Amid the Worst Drought in Thailand in a Decade
This post contains references to products from one or more of our advertisers. We may receive compensation when you click on links to those products. Terms apply to the offers listed on this page. For an explanation of our Advertising Policy, visit this page.

In the midst of severe drought in central Thailand, tourists and residents alike have been traveling in droves to visit the once-lost remains of the Wat Nong Bua Yai temple.

Located in Lopburi — one the country's oldest cities, and known primarily for its thriving monkey population — the temple was submerged by water nearly 20 years ago after a dam was constructed. In its heyday, it carried a duel purpose for the community as both a holy center for ritualistic ceremonies, festivals and educational activities while also acting as a recreational area for children.

Thailand is currently experiencing its worst drought in a decade, according to the Bangkok Post, with water levels in dams across the country short of the monthly average by a significant margin. The reservoir containing the ruins, for example, is currently at less than 3% capacity. This occurred once before in 2015 during another drought, but it's considered very uncommon — especially during the country's rainy season — to see anything at all.

Now, with water levels at record lows, the exposed ruins have become something of a spectacle in the Thai city. Reuters reported that, among the hundreds of people who have come to explore the temple ruins, are Buddhist monks traveling to pay their respects to a headless 13-foot-tall Buddha statue. They also adorned the water-worn sculpture with flowers.

There's no telling how long the drought will last, so be mindful that if you do plan on visiting the ruins of the Wat Nong Bua Yai temple, you need to act fast. Visitors planning on stopping in Lopburi from out of the country have a wide variety of airlines to choose from that fly to Bangkok (BKK). We have a great guide to getting to Thailand on points and miles, but some of the best redemptions we found were with the Alaska Airlines Mileage Plan, the ANA Mileage Club and Avianca LifeMiles.

After you arrive in Bangkok, it's up to you whether you want to take a bus, the train or a private car to get to Lopburi. The trains run more or less hourly and buses every 30 minutes. Keep in mind that, unless you plan on staying overnight in Lopburi, the last train leaves at 6:05pm.

If, by the time you reach Lopburi, the Wat Nong Bua Yai temple has been reclaimed by the dam reservoir, there are plenty of other ancient ruins from the Khmer and Ayuthaya empires to check out in the local area. Plus, there are more than 1,000 feral monkeys that have famously overrun the Prang Sam Yod, a former Buddhist temple that's just a 10-minute walk from the train station. Just remember that, while the monkeys are cute, you should keep a safe distance from those little menaces. They're known to get grabby, so maybe leave your expensive sunglasses and dangly earrings back at the hotel.

As for accommodations, Lonely Planet noted there are some pretty spectacular places to stay east of Lopburi. However, if you're planning on just doing a day trip, we suggest staying in elsewhere in Thailand. Some hotels (that can be booked with points, of course) to consider are the Waldorf Astoria Bangkok, which is available from about 80,000 Hilton Honors points per night, and the Royal Orchid Sheraton Bangkok, from 35,000 Marriott points per night. For travelers with Marriott Bonvoy points to burn, the W Bangkok can be reserved from 50,000 Marriott points per night and is a popular choice for travelers.

Our points-obsessed staff uses a plethora of credit cards on a daily basis. If anyone on our team wouldn’t recommend it to a friend or a family member, we wouldn’t recommend it on The Points Guy either. Our opinions are our own, and have not been reviewed, approved, or endorsed by our advertising partners.
See all best card offers
Related stories
Guide
Save money with these travel-related offers on your credit cards this month
News
1st look: United's new Boeing 767-300 configuration with Premium Plus recliners
News
Racing through LaGuardia: The fastest way out of the airport and into an Uber
News
Travel leaders: US Government must do more to ease woes