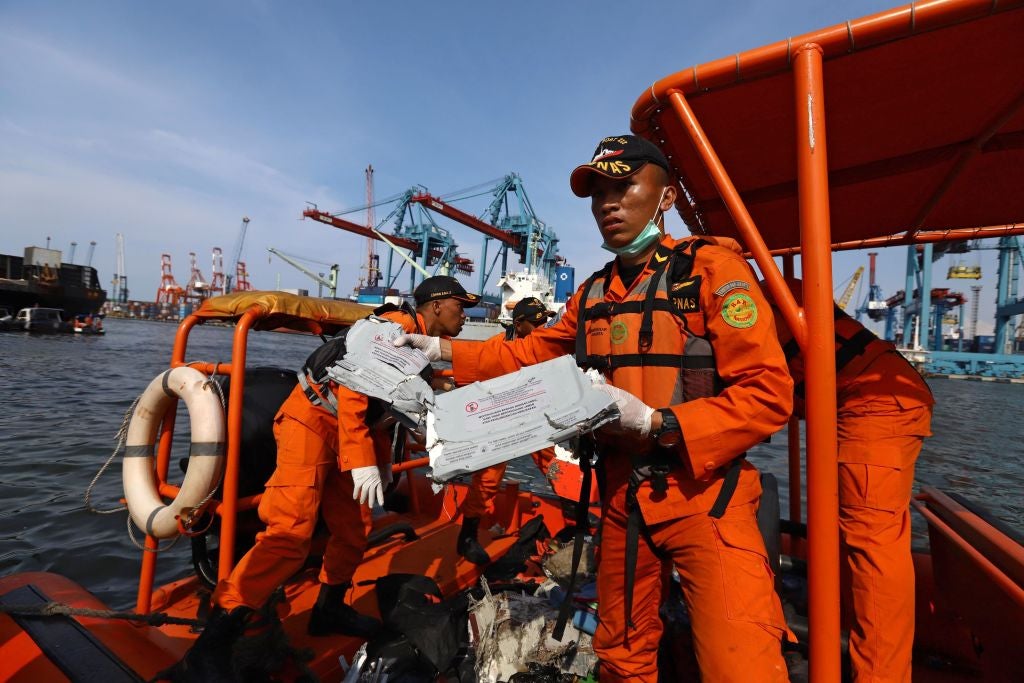 Lion Air Now Funding Search for Crashed Flight's Cockpit Voice Recorder
This post contains references to products from one or more of our advertisers. We may receive compensation when you click on links to those products. Terms apply to the offers listed on this page. For an explanation of our Advertising Policy, visit this page.

Indonesian airline Lion Air will now be footing the bill for the continued effort to find crashed Flight 610, which plummeted into the Java Sea minutes after takeoff, killing all 189 people on board on Oct. 29.

Of top priority for search and rescue teams is the aircraft cockpit voice recorder — one of the so-called "black boxes" that stores audio recordings of the pilots' conversations and noises like alarms that occur in the cockpit. It is thought to be a key piece of evidence as investigators are still trying to piece together exactly why the 2-month-old Boeing 737 MAX 8 jet suddenly crashed after experiencing volatile changes in altitude about a month and a half ago.

Searchers are still combing the seabed for the lost data recorder, which sends out pings to helps identify its location. Officials say the last ping was detected on Nov. 12. Now, investigators are saying that the search for the cockpit voice recorder, along with the plane's main fuselage, is running out of money. The specialized equipment necessary for extracting the black box, which is likely buried in the seabed's deep mud, is expensive.

To continue the search effort, teams will need a "heavy duty" vessel with a crane powerful enough to haul up the fuselage and a deck large enough to bring it back to shore. The ship would also need to support an underwater vehicle that would be remotely operated from the ship deck. Experts peg the estimated tab for this equipment at about $1.73 million USD for every 10 days of searching.

“We don’t have further funds to rent the ship,” an anonymous official from Indonesia’s transport safety committee, the government body in charge of the search, told Reuters. “There is no emergency fund for us, because there is no legal basis,” the source said, noting that since there is no precedent for allocating more money, the matter would have to be discussed by Indonesia's parliament.

Lion Air has stepped in and chartered a ship to continue the search. The airline told Reuters that a charter for a specialized ship has been signed, and the vessel would begin aiding searchers after international regulatory approvals were met. Indonesian government officials will reportedly still oversee the search effort. As outlined by United Nations regulations, aviation crash probes are usually independently funded to maintain the integrity of the results.

Although the search is being delayed by financial woes, recovering the voice recorder has become a race against the clock. The specific black box installed in the jet, an L3 Technologies Inc cockpit voice recorder, has a 90-day time period during which it sends out the locator pings.

One black box, the flight data recorder, has already been recovered by officials. It shed more light on why the almost brand new jet crashed and implicated a controversial anti-stall system on the plane that pilots and airlines allegedly did not know about. But more clues are needed to shore up some of the theories investigators have. Until those are found, the search continues.