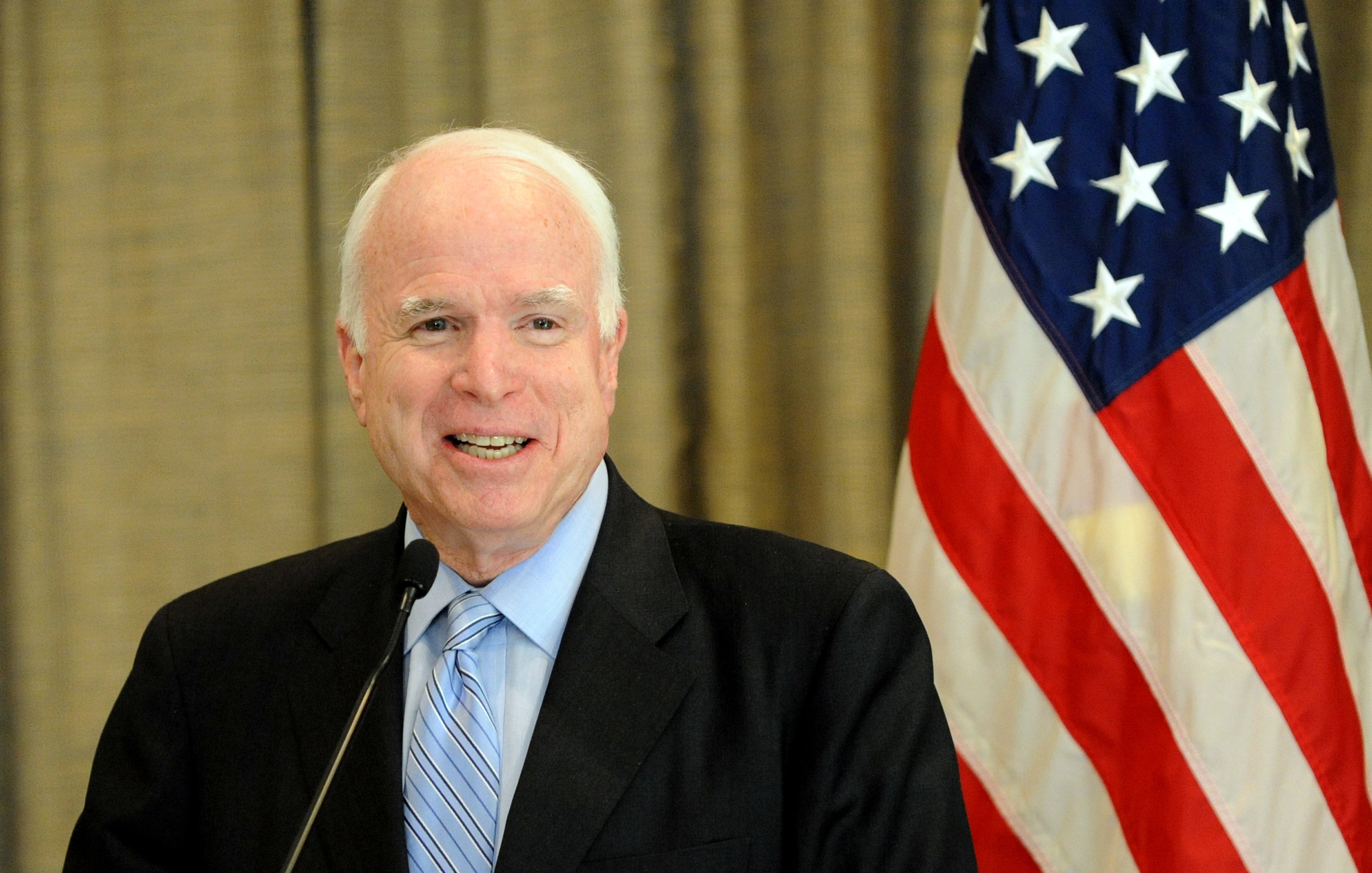 Why John McCain Wouldn't Take Nonstop Flights From Phoenix to Washington
This post contains references to products from one or more of our advertisers. We may receive compensation when you click on links to those products. Terms apply to the offers listed on this page. For an explanation of our Advertising Policy, visit this page.

Senator John McCain, who recently died at age 81 from a form of brain cancer called glioblastoma, was known for — among other great things — being as a man of his word. And one example of that was his resolve to take the long way home so to speak when traveling between his "office" for more than 30 years in Washington, DC, and his home base of Phoenix, AZ.

It all began when a federal law, known as the Perimeter Rule, was passed in 1966 that prevented planes from flying more than 1,250 miles to and from Reagan National Airport. The flight from Arizona to the nation's capital happens to be 1,979 miles.

Allegedly, out of loyalty to the people of Phoenix and to the airlines doing business there (America West Airlines at the time), the senator decided to lobby for a new law in 1999. Despite ultimately failing to pass the new bill, Congress did have a change of heart and made "beyond-perimeter exemptions" the following year, which allowed three nonstop flights between Phoenix and Reagan to operate daily.

A rumor began, however, that McCain had been after a shorter commute all along — instead of looking out for Arizonians — and once the late senator heard the murmurings, he vowed never to board the more convenient flights.

“To John, that was such an abhorrent thing to be accused of," Doug Parker, CEO of American Airlines and at the time America West, told USA Today. "He just took it off the table and said, ‘OK, I won’t fly it.' I don’t think any other member [of Congress] would make that statement.”

The senator was so committed to his position he was even known to miss events that a nonstop flight likely would have delivered him in time for — like when he was set to introduce President George W. Bush at an event in Phoenix but didn't make it due to flight connections. Arizona Senator Jon Kyl, who did take the nonstop flight, ended up filling in for McCain.

US Senator Jeff Flake commented that it wasn't until “years and years” later that McCain finally caved. According to Flake, McCain said, “I’ve done my penance, I guess.” Making the switch paid off for McCain when a nonstop flight got him to one of his children's graduations just in the nick of time.

A public viewing is being held for the American hero in the Capitol building today, with burial scheduled for Saturday in Annapolis, Maryland, at the US Naval Academy Cemetery.